Isolationist Tendencies in the Trump Doctrine 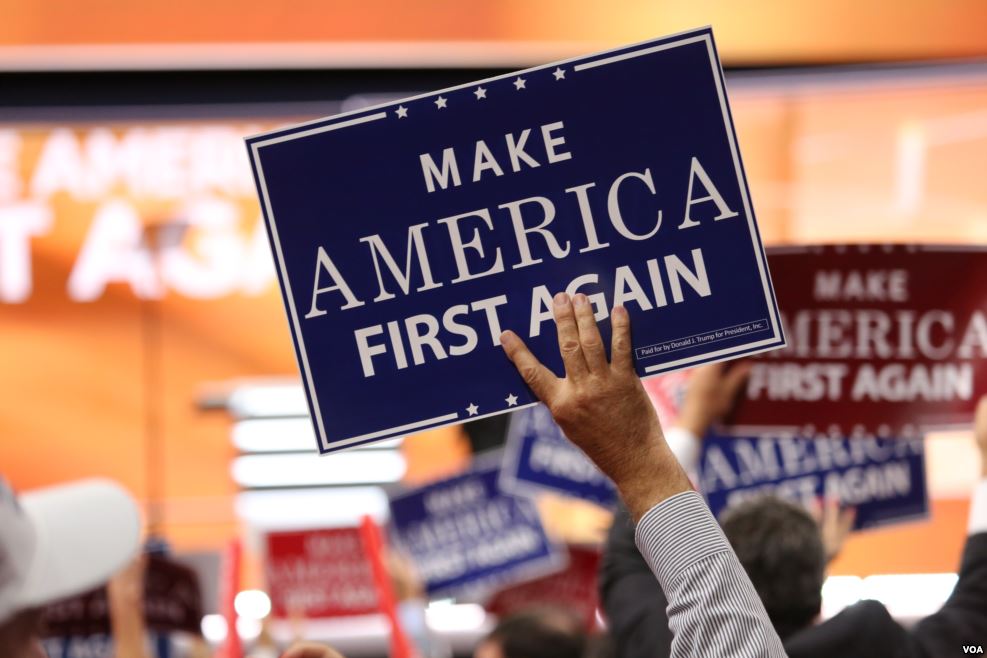 The US House of Representatives voted overwhelmingly (357-22) to forbid President Donald Trump from withdrawing from NATO. In a relevant statement, it also implied that budgetary money would be used to support ‘containment measures in Europe’ to counter Russian invasion of Ukraine.

It is still fresh in the memory of the world community that in July 2017 the House voted in a rare overwhelming majority to restrict President Trump’s power to lift sanctions on Russia. In appearance, the US Congress acted to prevent Trump from appeasing Russia in return for the latter’s support during the campaign or abandoning the establishment’s tough Russia policy during the Obama period. Now it seems that the above-mentioned two pieces of legislation are more intended to contain the isolationist tendency in Trump’s international polices.

The tendency has not abated since July 2017. Instead, it has grown. For example, mainstream media reported on 20 December 2018 that President Trump, who had increased the level of American troops in Afghanistan by 4,000, would withdraw 7,000 troops from Afghanistan and had ordered the Department of Defense to make a detailed plan for this. It is also known to all that in late December 2018 Trump wanted to order a withdrawal from Syria, which was firmly opposed by Secretary of Defense James Mattis.

It is worth mentioning that the Trump administration’s isolationism is quite different from the isolationism in American history. A careful analysis of the international policies of the Trump Doctrine reveals a ‘selective isolationism’, by which Trump does not intend to give up American leadership in global affairs or the position as number one country in the world. Rather it is a new strategic choice consciously made to maintain American supremacy and leadership against the backdrop of a relative power decline. This edition of isolationism serves three purposes.

The first is to pass the buck. Trump’s plan to withdraw troops from Afghanistan is to a large extent a continuation of the Obama policy. While explaining his decision in May 2014, President Barack Obama said that ‘Afghanistan will not be a perfect place and it is not American responsibility to make it one’. In August 2017 the Trump Administration tried encircling and suppressing the Taliban and still failed to smash it by November 2018. Since the political objective of the Taliban is to seek power inside Afghanistan instead of terrorist attacks abroad and as the ISIS forces are being annihilated, Afghanistan is no longer threatens the security of the American homeland or overseas bases. It is not even a place with very important interests. President Trump’s consideration is mainly about reducing international responsibilities the US takes to reduce loss in national strength.

The second is to push for burden sharing. Trump has exerted pressure on the US’ NATO allies in Europe to increase their defense expenditures, which was the main agenda item at the NATO summit. The move to relax relations with Russia in disregard of opinions of the European allies and the attempt to withdraw from NATO have, in the view of the establishment, fundamentally threatened America’s strategic interests in critically important regions. The US Congress twice adopted laws to prevent policy planning in these directions. As the US has become a large oil exporter and piled up plentiful strategic reserves of oil and gas, the strategic significance of the Middle East for the US has substantially decreased. The battlefield situation in Syria is strange and bewildering with Russia’s large-scale intervention, and will remain in a stalemate for quite some time. The US interest in the region lies primarily in stopping Russia and Iran from gaining dominance and preventing terrorist forces there from spilling over to other regions. Trump’s withdrawal plan has been based on UK, France, Germany, and Israel taking up more military responsibilities.

The third is to consolidate containment. A primary objective of Trump’s selective isolationist foreign policy is to concentrate on dealing with China, the perceived challenger to America’s leadership position. While Trump tries to advance his selective isolationist policy in the relevant areas and regions, America completed in the spring of 2018 a major strategic shift in its China policy from cooperation combined with containment to something more focused on containment.

In short, behind Trump’s seemingly surprising and ‘unreliable’ foreign policy there is the logic and shrewdness of a businessman and politician. But the future of this selective isolationism will depend on the gaming between the Trump team and the establishments in both parties and the objective international security situation.

Donald TrumpMiddle East
printTweet
You might also like
Back to Top
CHINA US Focus 2022 China-United States Exchange Foundation. All rights reserved.