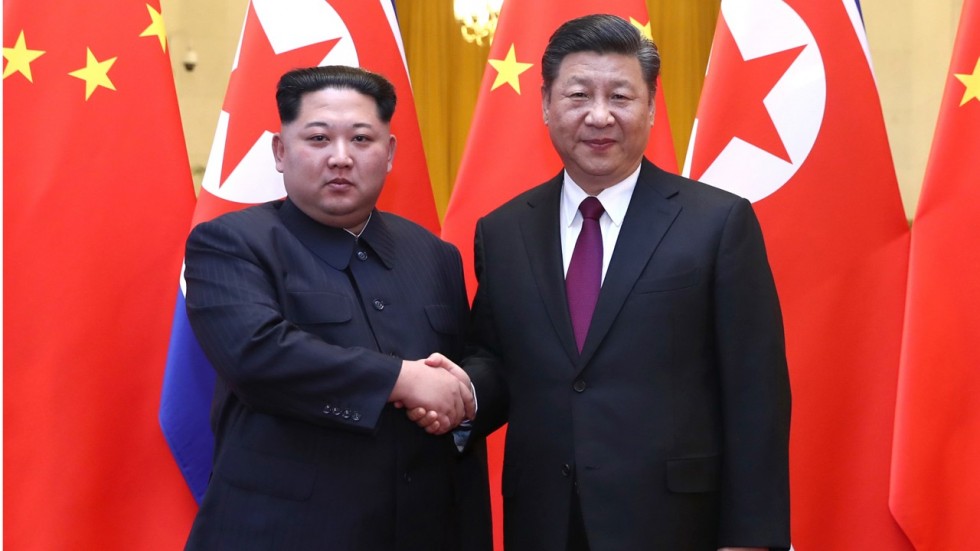 In the morning of 28 March 2018, state media of China and the DPRK simultaneously announced that North Korean leader Kim Jong-un paid an unofficial visit to China from March 25 to 28. Both sides also said the trip was constructive.

The DPRK spoke highly of the importance of the meeting, which reflected the country’s willingness to improve the bilateral relationship with China.

Since the beginning of 2018, changes have occurred in the Korean Peninsula. The DPRK and the ROK had a rapprochement during the Olympics and decided to hold summits together. US President Donald Trump agreed to meet with Kim Jong-un. Some analysis pointed out that China’s role in regional affairs was undermined or that China has been marginalized on this issue.

The Xi-Kim meeting eliminated such suspicions. It is obvious that the DPRK sent warm signals to China. Kim emphasized Xi Jinping’s leadership and said it is his obligation to come congratulate him on his re-election as Chinese president and Central Military Commission chairman. Both countries agreed to cherish their relationship. The tradition lays the foundation of mutual trust between the two countries and will set a new stage for bilateral ties in the future.

During the visit, the two leaders achieved common understanding about the situation on the Korean Peninsula. Xi reaffirmed China’s commitment to the goal of denuclearization of the peninsula. Kim also committed himself to denuclearization, in accordance with the will of late President Kim Il Sung and late General Secretary Kim Jong Il. In the past decades, denuclearization has encountered a lot of difficulties and seemed virtually impossible. Therefore, the positions on the nuclear issue released from the Xi-Kim meeting drew attention from the international community. What is more, China and the DPRK sought to maintain peace and stability in the region.

The warming of bilateral ties and the exchange of views on regional affairs was based on the DPRK’s observation of China’s policies.

The DPRK has realized that China has consistent positions on the nuclear issue. China never makes concessions on denuclearization of the Korean Peninsula. China fully carried out the sanctions in the UNSC resolutions. This has strongly influenced the DPRK’s decision making.

At the same time, China supports fairness and justice on the Korean Peninsula. China proposed “dual suspension”. The positive changes in the past few months have vindicated China’s ideas. The DPRK benefits from the de-escalation of the situation. China’s “dual-track approach” addresses both the problem of nuclear proliferation and the security concerns of the DPRK. A peace mechanism is the guarantee of the DPRK regime’s security as well as the peace and stability of the region. China’s balanced designs for resolving the issues built up trust with the DPRK and encouraged Kim Jong-un to enhance strategic communication with China.

The DPRK values China’s capacity to coordinate with other related countries, including the major powers. China and Russia held discussions on the DPRK a number of times. Recently, the two countries worked on a draft Security Council press statement, to support settling the situation on the Korean peninsula in light of the recent breakthrough agreements on high-level meetings between the leaders of the DPRK, the USA, and the ROK. The draft gained wide support in the UNSC. China and the United States also frequently exchanged views on the Korean Peninsula situation. President Xi has met President Trump three times. They also talked on the phone. The DPRK was touched upon. Trump clearly expressed his gratitude for Xi’s introduction of the related history during their talks in Mar-a-Lago. He also appreciated China’s efforts to bring back the related parties to the negotiating table. China and the ROK have been building a closer relationship. Former State Councilor Yang Jiechi, as Xi Jinping's special representative, started his visit to South Korea after the DPRK leader made his trip to China.

China’s positions affected the DPRK’s policies. China applauds the approach of negotiations. Shortly after Kim’s return from China, the DPRK and ROK named the date for the inter-Korea summit.

Therefore, Kim’s visit to China was based on careful consideration and calculation. Both sides have agreed to maintain close communication. The actions demonstrated China’s contribution to regional stability and its increasing weight in the regional affairs.

President Trump and the White House spoke positively of the China-DPRK meeting. At the same time, the US stressed the significance of the maximum pressure campaign. Due to the uncertainties of the potential meetings, it is helpful for China and the US to continue coordination on developments in the Korean Peninsula.