American Liberalism and Exceptionalism: Obstacles and Opportunities for US-China Relations

In a far-reaching and stimulating essay in China-US Focus, Cui Liru addresses the dangers inherent in the changing structure of the US-China relationship. According to Cui, these dangers are exacerbated by what he calls “Mearsheimer theory.” He infers a predominance of the theory of offensive neorealism in American strategic thought, and notes with alarm its popularity in China as well. John Mearsheimer is well known in both the US and China for his theory that hegemony is the best means for a state to maintain its security. In this view, international politics then “tragically” becomes an unavoidable, zero-sum contest between major powers vying for domination. Offensive realism, to Cui, provides a “foundation for the US to implement power politics and preserve its hegemony.” 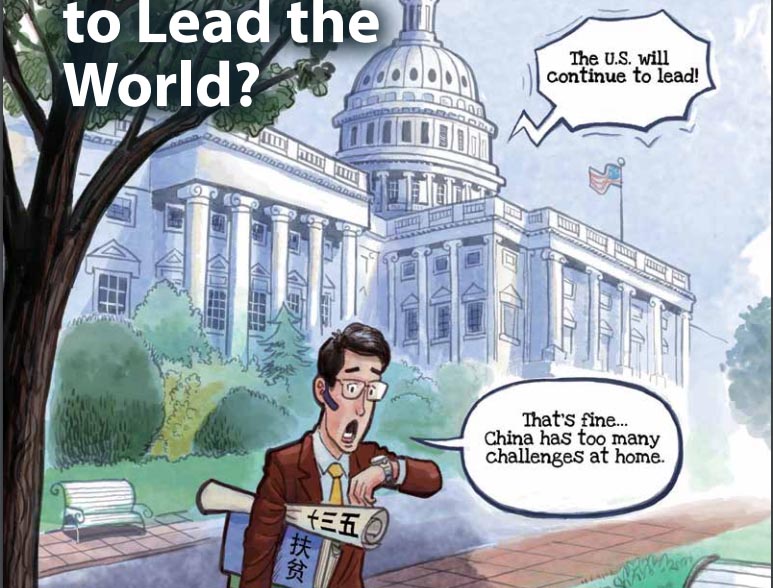 This view of American foreign policy as being driven mainly by realpolitik motives is widespread in China. To be fair, the history of American behavior abroad provides many reasons to support this notion. Moreover, many American thinkers do in fact promote a hard-edged policy of maintaining hegemony or preventing the rise of other potential hegemons. However, American foreign policy is not monolithic. Most American realists in fact complain bitterly about a deficit of hard-nosed realpolitik in US foreign policy. A proper consideration of other drivers of American behavior, especially the interrelated ideas of American exceptionalism and liberalism, gives a more accurate picture of American motives. Even though these features present other kinds of complications for the US-China relationship, a wider view of currents of thought in America can highlight areas of opportunity for building trust, or at least establishing better communication.

A look at current debate among American political scientists is very revealing in this regard. Contrary to what some might expect, academic realists have been increasingly critical of the notion of American “hegemony” and various practices associated with it: intervention, regime change, and ever-expanding alliance systems. For many years, a vocal group of realists has criticized the lack of restraint shown by the United States and has urged it to withdraw from an overextended position in the world. These so-called “offshore balancers,” led by scholars like MIT’s Barry Posen, contend that American security interests do not require foreign-based troops, strong alliance commitments, and entanglements in areas like the Middle East (American predominance in the Western Hemisphere is typically taken for granted). In a recent Foreign Affairs article, John Mearsheimer himself, along with Stephen Walt, advocated a qualified offshore balancing strategy for the US—although he carved out an interesting exception for American policy towards China.

A significant feature of this critique of US foreign policy is its accusation that America’s “hegemonic” tendencies are not driven by sober considerations of power politics, but by foolish notions such as American exceptionalism and liberalism. The pursuit of security, in this view, would urge restraint, whereas liberalism leads America astray with reckless attempts to police the world or build nations, and aspirations to global leadership. Irrespective of the wisdom or folly of realism or liberalism, this critique of US behavior is surely right to identify those forces in American foreign policy that are not derived from realpolitik considerations.

American exceptionalism, the idea that the United States has a special place in world history, is widespread and often genuinely believed in the US. The notion can be seen as early as the 17th Century in John Winthrop’s idea of the “city on a hill,” it is repeated in Madeleine Albright’s notion of the US as the “indispensable nation,” and seen in President Barack Obama’s imperative that “America must lead” in the 2015 National Security Strategy. The idea that the United States is not an ordinary great power underpins many justifications for its widespread influence in international politics. Many American theorists of international affairs contend that American power is uniquely benign or acceptable to others—it is less threatening, less likely to incite balancing reactions, and is often welcomed. To Robert Kagan, this is because the US has a history of indifference to grand strategy—and the world more generally—and that it doesn’t act solely out of self-interest. To the neoconservatives of the previous presidential administration, it is because the US has inherent moral authority as a leading democratic state. To liberal internationalists, it is because of the American tradition of institutionalizing and legitimizing the exercise of its power. All readily admit that the US often violates these principles. None of these arguments are likely to be convincing to a Chinese audience, but the important point is that these claims are sincerely believed by many Americans. Such ideas also lend credence to the offshore balancers’ contention that American hegemony is in fact driven by liberal idealism more than by power politics.

Liberalism greatly shapes American perceptions of foreign affairs. The notion that non-democratic, authoritarian, or communist regimes are inherently illegitimate is deeply and sincerely felt by many Americans. The “rise of China” concern in the United States has been very much colored by ideological differences and suspicion of China’s government. Hawkish China experts in America frequently connect potential aggression on China’s part with the inherent nature of non-democratic regimes. The idea of the “democratic peace” (and its corollary, that non-democracies are untrustworthy) has permeated American thinking—even among otherwise unsentimental realists like Senator John McCain. Some analysts have also observed that many Americans are struggling with the dawning realization that China is unlikely ever to reshape its domestic institutions along Western liberal lines. Consequently, this readjustment of expectations has led to real disappointment.

The institutional interests of actors like the Pentagon, the compromises inherent in establishing a bipartisan consensus on foreign policy, and other factors all combine with the interplay of realism and liberal idealism in American foreign policy. The result is a more complicated and, at times, internally contradictory edifice than it may appear from abroad. While in important ways elements like liberalism make the US-China relationship more complicated, this complexity also means that the US is more susceptible to reassurance and more flexible in its positions than if it genuinely and consistently adhered to “Mearsheimer theory” as Cui fears.

In the eyes of many Americans, US power is tamed or legitimized by adherence to principle. Those who hold this view are receptive to others joining in this narrative. At the most recent IISS Shangri-La dialogue, Secretary of Defense Ashton Carter used the word “principle” thirty-six times in his speech, inviting all countries in Asia, including China, to share in a principled order. Whether or not the US sometimes plays the hypocrite in this regard is not actually relevant to the important question of whether China can productively engage with this American narrative in order to reassure the US and others about the nature of its own power. In a period in which a dominant American preoccupation with China is whether it “plays by the rules,” any Chinese gestures of restraining power according to institutional mechanisms will have genuine positive impact in important American quarters.

Along these lines, President Xi Jinping has helpfully put forth a vision of a “new model” of great power relations which includes an emphasis on “win-win” cooperation rather than power politics. Many Chinese have been disappointed with the tepid response this idea has received in the US. There are a few reasons for American ambivalence here. One simple reason is a suspicion that the notion is a rhetorical device to accomplish various ends. But a deeper reason can be seen in light of the idealist and liberal drivers of American foreign policy. The important point here is that many Americans believe that the US has already been pursuing a “new model” of international politics since the end of the Second World War. According to this view, the United States provides an umbrella of security to facilitate win-win cooperation by protecting liberal rules of international trade and policing the global commons. This is done with an ultimate view towards reshaping the character of international politics. This idea was born out of a traditional American rejection of European realpolitik: prior to the First World War, the US sought to avoid it; by the end of the Second World War, the US sought to abolish it. In fact, part of Barry Posen’s realist critique of what he calls “liberal hegemony” is that it is premised upon the very un-realistic assumption that this approach will eventually usher in a new era of international relations that transcends power politics.

There is an apparent risk that the US and China will each believe that they promote a win-win international order while suspecting the other of “power politics.” However, the real issue is not a simple choice between mutually beneficial interactions and realpolitik. What is really at stake is the question of which rules will govern a post-realpolitik order, and what kinds of power structures are necessary to support it. Here the US and China have much work to do in order to find converging paths.

None of these observations are meant to deny that other currents of thought in America are more focused on the balance of power or “geopolitics,” or attempts to maintain a “unipolar” world. At the very least, America vacillates between power politics and idealism, as Henry Kissinger has observed. But for better or for worse, American conceptions of its interests are often informed by its idealist traditions. In this regard, it would be fruitful for Chinese scholars to seriously examine the opportunities presented by these idealistic currents of thought in American foreign policy, even where they sometimes reveal still deeper differences between the US and China. Americans must recognize that Chinese tend to view US foreign policy as being driven by the tenets of offensive realism. Seen in this light, the Chinese offering of a “new model” of relations might appear to be more of a genuine overture. The challenges to rendering the US and Chinese visions of international order more congruent are significant. Recognizing that the diversity of ideas in each country can multiply opportunities for engagement is a good place to start.