Must China-US Relationship ‘Go for the Better’? 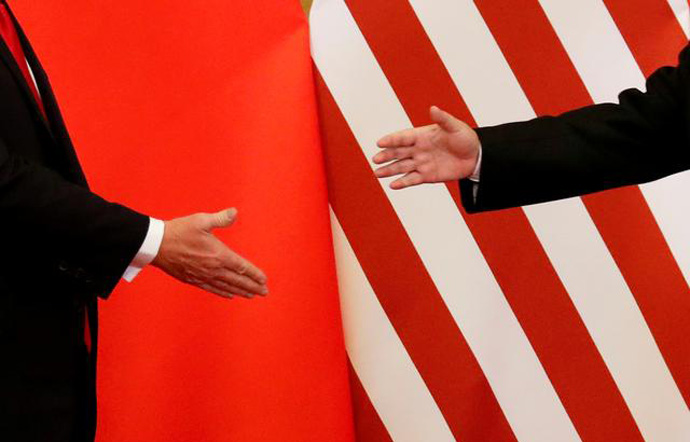 Deng opened the meeting with a straightforward statement: “Although there are some disputes between China and the U.S., as well as various problems and differences, relations have to go for the better; I see no way around it.”

That could be the most famous statement Deng had ever made on the subject. His words were collected in the “Selected Works of Deng Xiaoping,” and every Chinese scholar concerned about the relationship is familiar with it. For three decades, whenever China-U.S. relations had trouble, Chinese scholars have been accustomed to quoting Deng and expressing confidence in the relationship. History has also repeatedly proved that Deng’s judgment was correct. Despite all the turbulence, until very recently aspects of cooperation between the two countries had been more prominent than those of competition.

To answer these questions, we can look back at history and reflect on three important periods in the relationship. How did negotiations to establish diplomatic relations achieve breakthroughs 40 years ago? How did the two countries get beyond the all-time low of 1989, 30 years ago? Why have there been such tremendous changes in the relationship over the past five or six years?

Aside from the two countries’ common strategic need to balance the Soviet Union, the fundamental shift in China’s development strategy was an extremely important reason for the two countries to rapidly establish diplomatic ties. The China-U.S. joint communique on establishing diplomatic relations was published by both governments on Dec. 16, 1978. Just two days later, on Dec. 18, the Communist Party of China convened the Third Plenary Session of its 11th Central Committee and decided to shift the focus of its work to economic modernization.
It was hardly a coincidence that the establishment of diplomatic ties and China’s reform and opening-up occurred simultaneously. In fact, Deng had said on multiple occasions in 1978 that cooperative China-U.S. relations would be conducive to China realizing modernization. To complete negotiations for establishing diplomatic relations before the third plenum, Chinese leaders had made considerable concessions on such issues as U.S. arms sales to Taiwan.

By 1989, a decade had passed since China’s launch of its reform and opening-up drive. Chinese leaders, with Deng as their representative, were aware that China had to continue on that path, so there was a need for smoothing relations with the U.S. This was the fundamental reason Deng made that famous statement in 1989. Neoliberalism had begun to expand globally in the 1980s, and people in U.S. strategic and business circles began to view China-U.S. relations from that perspective. Thus, even though the Cold War had ended, the U.S. still needed to engage China.

Fundamental changes have gradually been taking place over the past five to six years. Except for the structural changes resulting from the narrowing gap between the two countries’ strengths, an important reason is that the divergences in their political and economic systems, as well as at the social and cultural levels, have been growing increasingly prominent. Politically over the years, China has strengthened the Communist Party’s leadership and highlighted the socialist nature of its market economy. The U.S. has not been able to accept these changes and has become anxious and disappointed.

On the U.S. side, the neoliberal mode of development has encountered tremendous doubts and challenges. The change has not only broken the need for maintaining a generally cooperative relationship with China but has turned China into a scapegoat for many domestic problems in the U.S.

Sociocultural differences between China and the U.S. have also been increasingly conspicuous over the past two years. The recent incident involving the NBA and Houston Rockets General Manager Daryl Morey, who tweeted about Hong Kong, was only one symbol of that cultural gap. While Americans make individuals and their rights top priority, the Chinese put the state, the collective and sovereignty first.

Americans once assumed that as China develops, increasing numbers of young people, middle-class people in a new stratum of society would hold ideas more similar to theirs. Yet, at least on such issues as territorial sovereignty, Americans have found that the Chinese, be they youth, urban middle-class or private entrepreneuers, think very differently than they do.
All three periods show that a country’s domestic strategic choices have an extremely important influence on its foreign policies. Whether two countries’ development strategies generally tally with or contradict each other has a fundamental impact on bilateral ties.

The Chinese and U.S. development strategies were able to meet each other halfway 40 years and again 30 years ago; but today the trend is an increasing drift apart. The two countries’ domestic development strategies no longer support a cooperative China-U.S. relationship as much as they did 40 or 30 years ago. And the relatively bad bilateral relationship is getting more and more bearable for both countries.

China and the U.S. now have this scenario confronting them:

If each adheres to its current domestic strategic choices, a worsening of their relationship is probably unavoidable. Conversely, if both want better ties, both need to make adjustments to their respective domestic strategies, to make them compatible. The latter possibility seems to be slim.

To sum up, what we are facing is not a diplomatic hangup between two countries, but the result of deliberately chosen domestic development strategies.

U.S.-China RivalryDecouplingChina’s RiseGlobal Power
printTweet
You might also like
Back to Top
CHINA US Focus 2022 China-United States Exchange Foundation. All rights reserved.