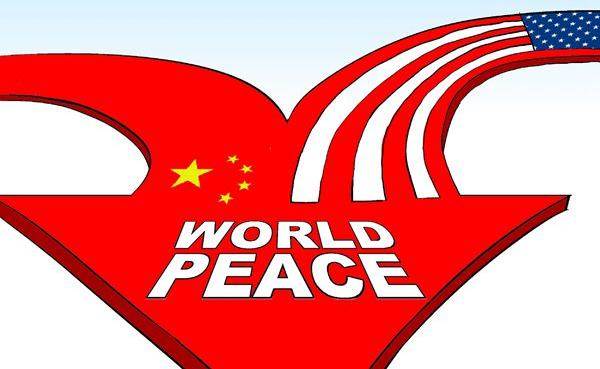 In a visit to Manila earlier this month, US Secretary of State Rex Tillerson told Foreign Minister Wang Yi of China that “on the basis of success achieved so far, the two sides should seriously consider how to define the relationship between the two countries in the following five decades.”

With President Trump’s upcoming state visit to China, the two countries have a unique opportunity to redefine their relationship. As the relationship has grown increasingly complicated, it may be helpful to understand the following basic facts and historical trends.

First, win-win cooperation is the essence of the Sino-American relationship. In the 45 years since US President Richard Nixon’s historic visit to China, this sentiment has been at the heart of the relationship, which has survived crises like the Taiwanese leader Lee Teng-hui’s provocative 1995 visit to the US, the 1999 US bombing of the Chinese embassy in Yugoslavia, and the 2001 collision of military planes in the South China Sea.

This sentiment is also the untiring engine that drives the relationship forward from weak to strong. The relationship has expanded so fast that it’s exceeded the expectations of all optimists. People of both countries and around the world have reaped enormous benefits from this smooth relationship, which has helped successfully prevent any large-scale world wars. In the next 50 years, win-win cooperation between the two countries will remain unchanged as the main course, as there is little to no desire in either country or anywhere else in the world to return to the old days of animosity and hostility before President Nixon’s visit to China.

Second, China’s continued rise in the coming five decades is inevitable. China’s national rejuvenation since 1949 has now become a historical trend. China is currently the second largest economy in the world, and its aggregate economic volume will surpass that of the US in the next 10 or 20 years, and, according to some estimates, in another 10 or 20 years it will be twice or three times larger.

Socialism with Chinese characteristics has been playing the dominant role in the rejuvenation process. China has about 1 billion more people than the US. Their gigantic power of production and innovation has provided the country with extra wealth and motive force for economic and social development. The US economy has been growing at a low to moderate rate, not as fast as China’s. It is said that the US can’t accelerate its economic growth to 4-5% annually in the next few decades, due to unresolved and long-running problems like the widening gap between the rich and poor, racial discrimination, and violent crime and conflict.

As the balance of economic power undergoes profound changes, military power, development of science and technology, as well as the education level of citizens will also see commensurate changes. Though it is too early to say we are living in a “post America era,” that prospect may be realized in the following five decades.

Therefore，the most important historic change could be that, in comprehensive national strength, China takes over the preeminent position held by the US for the last century or more. How to acknowledge this change, and prepare for the enormous impact on the relationship will be the most serious challenge for both countries.

Third, America’s foreign policy will have a decisive impact on the relationship.

China’s foreign policy is very clear. It is devoted to building a community to realize the common destiny of mankind, and a new type of international relations with win-win cooperation at its core. A commitment to mutual respect, and an avoidance of conflict and confrontation is a priority of China’s foreign policy. China has been doing its utmost to translate those policy statements into reality with a host of international programs.

America’s foreign policy is also basically clear. Its long term goal is to maintain, as long as possible, America’s global hegemony and dominant position in the world. Its China policy is largely guided by this objective, and shows a kind of dual nature. On areas of common interest, it stresses cooperation with China. On other areas, it may resort to provocation and infringement of China’s sovereignty and territorial integrity when it suits its aims. Close military cooperation with Taipei in the 1980s, its continuing refusal to end all official and military ties with the latter, as well as persistent reconnaissance of China, and many other unfriendly actions are characteristic of its China policy. Whether the US will show more sincerity and goodwill towards China will fundamentally determine the course of the relationship in the next five decades.

Though it may not seem a matter of great urgency to define the relationship between the two countries in the following five decades, it is actually of enormous importance. China and the US can and should be good partners, and perhaps one day will become true friends.