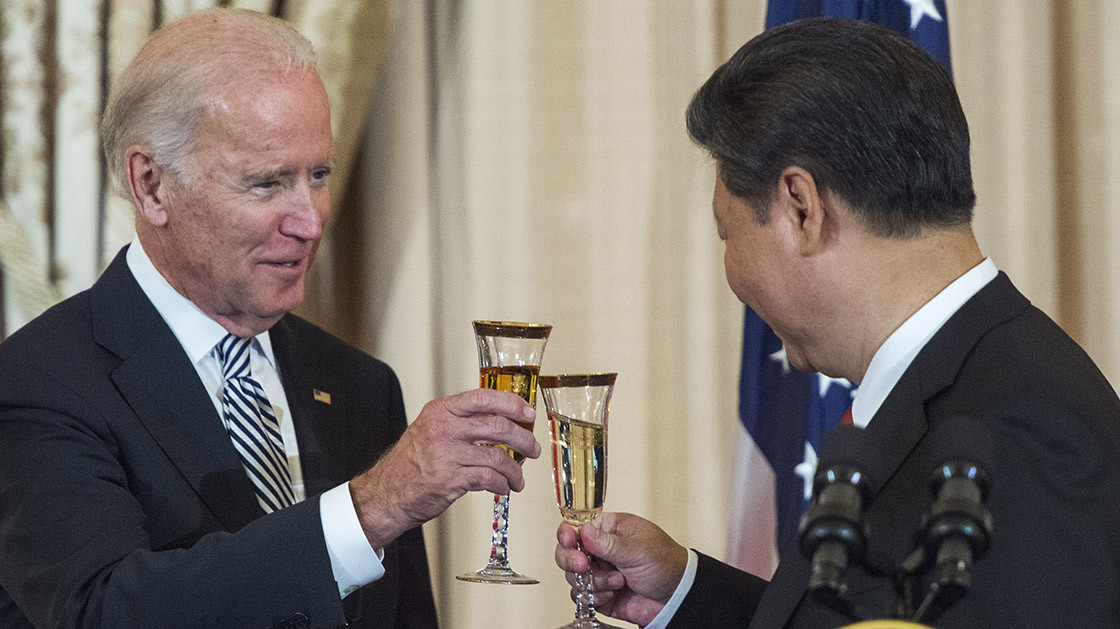 One hundred days into President Joe Biden’s term, the core underpinnings and internal logic of his administration’s policy towards China are becoming clear. While it is still taking shape, and systematic policy reviews are being carried out concerning several dimensions of it, there is now enough known to outline a number of its central features.

China has been designated as a very high overall policy priority, one that crosses multiple domains domestically and internationally. It is a centerpiece around which many policy initiatives are being formulated, planned, and implemented. In other words, China is seen as a “driver” of policies at home and abroad—a multidimensional set of challenges of enormous proportions—which requires the full attention and resources of the Government.

The intellectual and policy framing of the relationship is definitely one of “competition.” There have been different adjectival modifiers placed in front of this term (President Biden himself has even used “extreme competition”). While all senior administration officials have endorsed the competition paradigm, Secretary of State Antony Blinken has introduced some nuance, stating on March 3rd that policy should be “competitive when it should be, collaborative when it can be, and adversarial when it must be”—thus leaving the door open to selective governmental cooperation on certain issues such as climate change and nuclear non-proliferation, and even confrontational in certain areas of national security concern.

It is important to understand what “competition” means in the President’s and his administration’s thinking. Competition has four main spacial dimensions (domestic, bilateral, regional, and global) and a variety of functional ones (economic, technological, military, diplomatic, cultural, and political). This is a multi-spectrum simultaneous approach that proceeds from the premise of rivalry. It is principally seen as a means to rebuild and strengthen the United States so that it can effectively compete against China well into the future.

What makes the Biden administration different from the Trump administration approach is a clear recognition that effectively competing with China begins at home—with enormous targeted investment into hard and soft infrastructure, education, research and development, technological innovation, and other dimensions of intrinsic national power.

Internationally, the Biden administration’s foreign policy is clearly anchored on twin pillars: democratic values and alliances. President Biden and all senior officials have repeatedly made this clear. Biden’s own view of the world and the contemporary age is one of autocracies competing with democracies, and he has said that the former are not going to prevail over the latter “on my watch.” Biden is an ideologue in this regard, and this indicates a Cold War style approach in his thinking. This has been echoed in Secretary Blinken’s speeches as well. So, there should be now doubt in Beijing that competing political ideologies and systems the very center of the Biden administration’s approach to China. Values matter and are central to the American approach.

Partnerships with other democratic allies and partners is also at the center of the administration’s foreign policy. This is an affirmative policy priority—affirming the value of democracy—not an expedient tactical mechanism to “contain” China, Russia, or other autocracies. That is, for example, the central rationale for the “Quad” (, Japan, Australia, India). To be sure, there is also an ancillary view of China as a disruptive and threatening autocratic power shared by these states. But the Quad and the five American alliances in Asia do not exist because of China alone, while NATO not exist because of Russia.

There is no doubt that this multidimensional set of Biden’s policies related to China place the United States on the offensive against China, and not passively sitting back and responding to China’s own domestic and international actions. While the tactics and emphases are slightly different from the Trump administration, notably vis-à-vis values and alliances, it is also abundantly clear that there is considerable continuity between the two administrations.

This is simply a reflection of the deep bipartisan consensus about China in American society and the political class. Yes, it must be noted that there remain a handful of retired State Department officials, some leading academic China specialists, a considerable component of the business community and their advocate organizations, and some NGOs, who still lament the deterioration of -China relations, blame it on the United States, wistfully wish for a return to the days of “engagement” and who are reluctant to criticize China—but this cohort remains a distinct minority. The vast majority of American politicians and experts have lost faith in China under Xi Jinping as well as the former policy of “engagement.” This new consensus has taken several years to coalesce, but it is now widely shared.

The widespread distrust of China is born out in a variety of public opinion polls that show Americans’ views of China at an all-time low. A recent on March 4 shows that nine of ten Americans (89%) view China either as a competitor or an enemy rather than partner. This survey shows rising concerns about China across every issue area.

Another key barometer of American concern and antipathy towards China lies in the Congress, where there is remarkable bipartisanship on the China issue. There has been no greater indicator of this recently than the formulation of the , which is entirely about competing with China at home and abroad. The mammoth Act (S. 1169), which runs to nearly 300 pages, was overwhelmingly adopted by the Senate Foreign Relations Committee by a vote of 21 to 1 on April 22 and will likely be adopted into law by President Biden.

To some extent the Act will tie the hands of the Biden administration as it specifies an extraordinarily wide range of specific policies and measures that the executive branch is directed to adopt, but the vast majority of these are in congruence with administration thinking. The Act is an important piece of legislation but is only one of approximately sixty China-related pieces of legislation currently floating around Congress. They are all indicative of the central preoccupation and focus of the United States on the multiple challenges posed by China.

The Trump administration must be said to have catalyzed the process, reorienting many entrenched bureaucracies and considerable resources against China, and this has made it much easier for the Biden administration pick up where Trump’s team left off. It is anticipated that, under Biden, there will be considerably better policy coordination and disciplined implementation, with a priority emphasis of working in concert with other countries. But these are matters of strategy and tactics—while the Trump and Biden administrations appear to be in considerable agreement on almost all areas of substantive policy. If Beijing naïvely hoped for a “reset” of relations in a more cooperative direction, the first 100 days have shown this to be an illusion.

U.S. China PolicyBidenU.S.-China Rivalry
printTweet
You might also like
Back to Top
CHINA US Focus 2022 China-United States Exchange Foundation. All rights reserved.