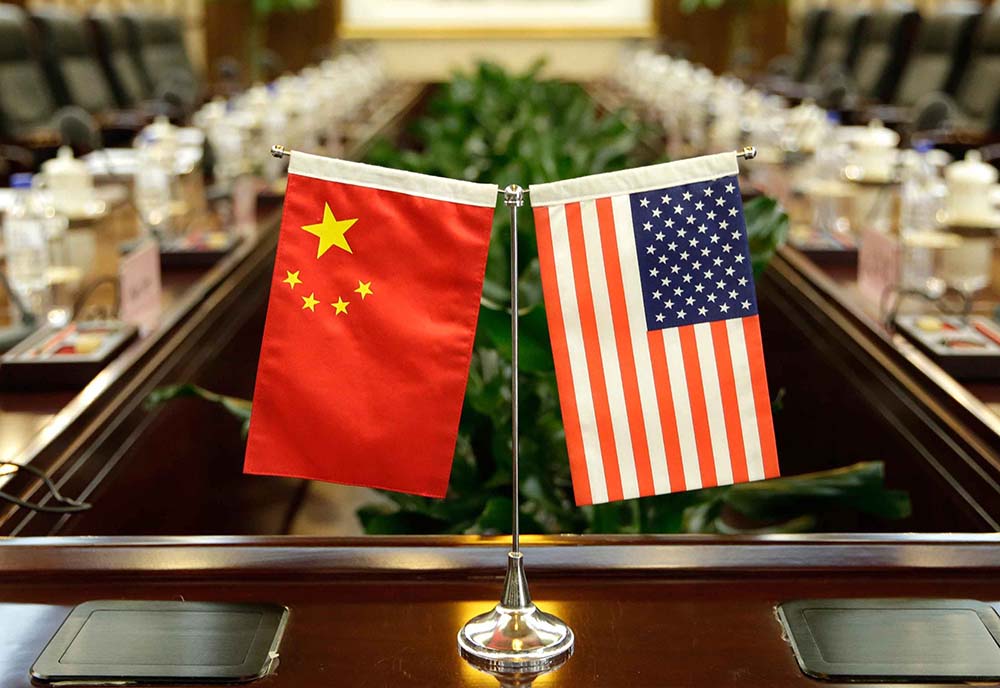 Kiron Skinner, the policy planning director of the US State Department, made some surprising remarks while attending a recent defense forum in Washington, DC. In describing Sino-US relations, she said that the competition between China and the US is “a fight with a really different civilization and a different ideology,” as the Cold War was a “fight within the Western family,” while the coming conflict with China is the “first time that we will have a great power competitor that is not Caucasian.”

Skinner’s speech is indeed remarkable, and it spread quickly in American media and academic circles. Before becoming a senior State Department official, Skinner was a well-known international relations researcher and had studied with former Secretary of State Condoleezza Rice. US observers speculated that this speech may have far-reaching implications, which may mean that America’s China policy is undergoing another major change — that is, the two countries are shifting from being strategic competitors to civilizational rivals. Obviously, this is a dangerous signal.

At the same time, Skinner’s speech provoked great controversy in the US. Some progressive media commentators believe that the speech’s content amounts to racism. Others believe that the statement represents the highly controversial “Clash of Civilizations” thesis by Harvard scholar Samuel Huntington, which is experiencing something of a renaissance within the Trump administration. The Washington Post said that injecting the “Clash of Civilizations” and other racial thinking into Sino-US relations is dangerous, creating a skewed view of China-US competition. As history, the “Clash of Civilizations" is untenable. Cooperation between the US and Japan since 1945, and Japan’s invasion of China during World War II shows that civilization and ethnicity are not fundamental constraints in international relations.

Since the US State Department did not clarify or respond to Skinner’s speech, this speech may be an isolated accident that does not represent another downturn in America’s China policy. Prior to this incident, racist language was not extinct among the US public, but it rarely came from US government officials. In social psychology there is the “broken window” theory, which holds that if small unfavorable phenomena in the environment are left unchecked, it will induce people to follow suit and “break more windows,” intensifying the negative trend. While originally applied to policing, this theory has relevance in the realm of diplomacy as well. It is very likely that this incident will reduce taboos among conservative and anti-China forces in the US about using such racially charged language, damaging US public opinion towards China and China-US relations.

This choice of language in an official setting has a subtle and long-term impact on the relationship between the two countries — and wording that frames countries within a certain historical narrative has an even more remarkable magic. Since the turn of the century, US officials have constantly adjusted their descriptions of China and Sino-US relations.

In 2005, Deputy Secretary of State Robert Zoellick defined China as a “stakeholder,” a change from the Bush administration’s earlier definition of the country as a “strategic competitor.” Since then, China and the US have carried out fruitful cooperation in many fields. In 2009, the Obama administration’s deputy secretary of state, Jim Steinberg, proposed the model of “strategic reassurance,” establishing a constructive approach for the two countries to deal with their growing geopolitical differences.

In 2012, China proactively proposed building a "new type of major power relations” with the US, thus seeking to establish mutual respect, mutual benefit, and long-term stability, while resolving disputes through cooperation, and avoiding confrontation. After that, China and the US ushered in a cooperative honeymoon period in the fields of climate change and cybersecurity.

Objectively, there is competition between China and the United States over various interests, but what form this competition will take is still inconclusive. Whether cooperation is possible amid the competition remains to be explored. After all, there are numerous areas where cooperation between the two countries is necessary and desirable. However, the new framing that puts competition first has shifted public opinion, changing each country’s judgment of the other and intensifying mutual distrust at the governmental and societal levels.

The resurgence of the "Clash of Civilizations" narrative inflames public concern. But this definition is far from the reality of Sino-US relations. Throughout their two centuries of contact, the people of China and the United States have almost never been hostile to each other. Chinese civilization is good at learning and absorbing the achievements of other societies, including the West. China will never regard the clash of civilizations as a policy option — this definition of China-US relations will eventually be revealed as false and hollow.

US-China RivalryUS China PolicyTrade War
printTweet
You might also like
Back to Top
CHINA US Focus 2020 China-United States Exchange Foundation. All rights reserved.