The Economics of U.S.-China Rivalry

Every American thinker who addresses the United States’ role in Asia emphasizes the region’s central importance in the world’s economic future. In “America’s Pacific Century,” then-Secretary of State Hillary Clinton wrote that, “harnessing Asia’s growth and dynamism is central to American economic and strategic interests.” For its part, China pursues an ambitious strategy of economic integration with Central, South, and Southeast Asia through direct investment and development aid. It is clear that economic interests drive the strategies of both China and the United States in Asia and elsewhere. But while many theorists play up the mutually beneficial aspects of economic cooperation between the U.S. and China, they often ignore the competitive and destabilizing elements introduced to the relationship by structural economic concerns. The struggle for emerging markets and untapped resources is adversarial, and it may intensify as economic growth slows. 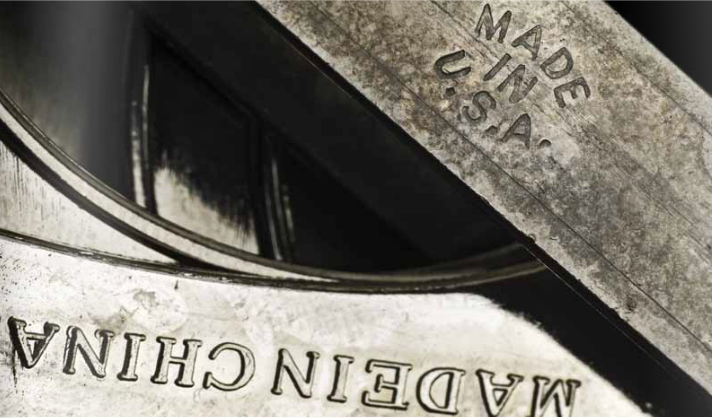 Global economic growth is slowing down, and this trend is not going to end any time soon. Long-term structural changes in demographics and technical progress are behind this shift. This is a problem for the U.S. and China, because capitalist economies need consistent growth to remain viable. As growth slows, new opportunities for investment shrink and the competition for existing markets drives profits down. This makes the search for new markets and regions with high rates of growth critical to maintain corporate profitability. The two main regions where the U.S. and China are struggling for influence – South and Southeast Asia and Sub-Saharan Africa – also happen to be the two remaining largely underdeveloped regions in the world. A large proportion of the population of these regions is engaged in subsistence agriculture and has only weak ties to the global market.

Underdeveloped regions serve as a crucial source of resources, cheap labor, and new markets for exports. All of these are zero-sum economic factors for foreign firms. Non-renewable resources cannot be extracted twice, labor supplies are limited, and export markets get saturated. Capitalist firms compete with one another to get access to these factors, preferably on uneven terms. It should come as no surprise that states do what they can to protect the interests of their own firms. The Trans-Pacific Partnership is a “free trade” deal that excludes Asia’s largest economy (China), effectively granting preferential access to American firms. Chinese firms pursue similar aims in purchasing exclusive rights to mineral deposits in Africa, which the Chinese state protects with military installations. Politico-military competition is thus closely linked to economic competition.

States have a real interest in encouraging the development of their own firms. Hillary Clinton herself identified “opening new markets for American businesses” as a central priority of U.S. foreign policy. It is nearly impossible to maintain a long-term divergence in political and economic power. Countries with a large economic base can support a large military, and technologically advanced economies are capable of developing more advanced weaponry. China would not be able to afford annual 10% increases in its defense budget, for instance, if its economy was not also growing at an impressive rate. Over the long run economic power translates into political power, which means that economic growth is a necessity for competing states.

Over a century ago, radical theorists like E.P. Thompson and Rosa Luxemburg argued that imperialism stemmed from the competitive pursuit of new markets and resources abroad. Throughout the 19th century, European powers and the United States scrambled to acquire colonial possessions around the world. This struggle for land led to an arms race and increasing militarism across the European continent. Newly-unified Germany quickly became an economic powerhouse, threatening Britain’s global supremacy by demanding a share of the world’s spoils commensurate with its growing power. Anglo-German rivalry created a naval arms race and a rigid alliance system that made war all but inevitable. After skirting around successive crises in Morocco and the Balkans, Europe finally plunged into World War I in 1914.

This should sound familiar. As the world’s foremost economic and political powers, China and the United States occupy analogous positions to yesteryear’s Germany and Britain. There are some important differences between these historical positions, however. In the 19th century, a much larger portion of the globe was underdeveloped and ripe for exploitation. Contemporary capitalism has created a real world market, and the global economy is much more integrated than it was on the eve of World War I. War would be far more disruptive in today’s economy, but there are fewer opportunities for investment and expansion for today’s great powers. This kind of scarcity tends to create conflict.

Liberal rhetoric about the benefits of economic cooperation between the United States and China help to assuage fears of a new Cold War, but it overlooks the economic incentives driving security competition. The global slowdown in economic growth will create unfortunate pressures toward competitive behavior, as corporate interests in both the U.S. and China have enormous political influence. A grand bargain between the U.S. and China of the sort envisioned by Hugh White would have to deal not only with the challenges of geopolitical balancing, but also with dividing emerging markets and resources into mutually acceptable spheres of influence. When growth in these regions eventually begins to slow, even this sort of accommodation would become untenable.

The solution to this dangerous dynamic does not lie in a particular diplomatic arrangement between the United States and China, but in restructuring the global economy for stability in a low growth environment. This is a serious challenge. Such a shift would require a move toward an ecologically sustainable and more equitable economy, including an equalization of wages to secure broadly shared prosperity without needing to pursue destabilizing levels of economic growth. New technologies could be used to devote greater amounts of time to leisure instead of increased production. These changes would be a far cry from today’s short-sighted, profit-driven environment. Nevertheless, they are essential if we hope to avoid the incredible dangers of zero-sum rivalry between the United States and China.