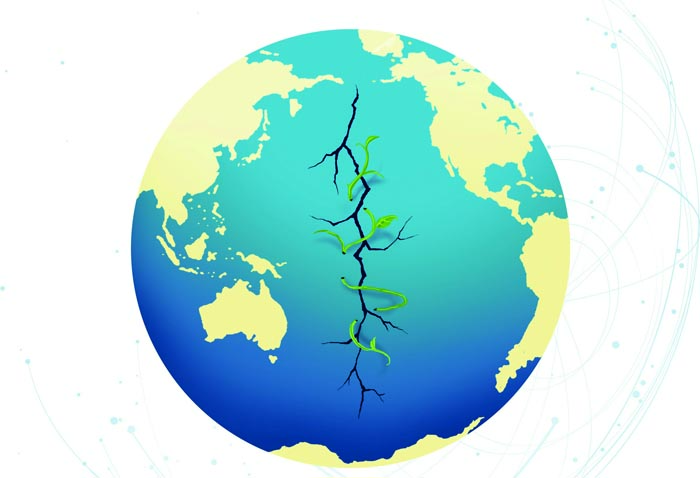 On Nov. 8, Democratic presidential nominee Joe Biden received enough electoral votes to become the next president of the United States. In terms of governing philosophy, Biden’s energy and climate policies differ markedly from Donald Trump’s, with new goals based on emissions reductions and an energy transition. There may be opportunities for cooperation with China in this policy shift, but there are also potential challenges.

Biden’s climate change and energy policies are highly coherent, drawing heavily on the Green New Deal philosophy of the left wing of the Democratic Party. They include four core elements:

First, Biden vows to rejoin the Paris climate agreement and renew the U.S. commitment to reducing emissions, starting on his first day in office.

Third, Biden will push for net-zero emissions in the United States. To achieve this goal, he plans to make massive investments in clean energy, establish an energy innovation agency and promote the use of new energy technologies in a variety of industries quickly.

Fourth, he will reform the U.S. energy and climate change decision-making mechanisms. He is considering creating a “climate czar” panel of high-level executives to promote government-wide coordination on climate change and energy issues, leading all government agencies in promoting energy transition as a priority.

Biden’s push to reduce U.S. emissions is in line with international trends. Recently, China, Japan, the Republic of Korea and the European Union have proposed net-zero emissions targets.

The COVID-19 pandemic has reawakened the international community to the fact that nonconventional security threats from nature remain the number one threat to the world today. To prevent irreversible disasters caused by climate change, it is necessary for countries to take immediate action. In the recently released Communique of the Fifth Plenary Session of the 19th CPC Central Committee, China particularly emphasized the importance of green development and set ambitious goals, such as forming green production methods and lifestyles, promoting a green economic and social transformation and ensuring that carbon emissions peak and steadily decline. Green development has become one of the core development concepts of China’s 14th Five-Year Plan and Long-Range Objectives.

From a content point of view, China’s green development philosophy and the Green New Deal of progressives in the U.S. have a lot of similarities: Both emphasize a push to control total emissions, improve energy efficiency and promote a society-wide energy transition.

However, it is important not to lose sight of the differences between the two: The Green New Deal prominently considers advancing the U.S. domestic energy transition, enhancing U.S. autonomy on new energy sources and establishing the U.S. as an international voice in this area.

In the process of achieving an energy transition, Biden is likely to adopt a practical approach of prioritizing domestic industries and products, which could lead to a new energy industry conflict between the United States and other countries.

In addition, Biden’s energy transition approach may have an impact on the current China-U.S. cooperation on traditional energy. The traditional energy trade is an important element of the phase one trade agreement. Because energy trade requires a lot of construction and infrastructure investment, industries on both sides have already invested heavily. The actual benefits of this cooperation have yet to be fully realized because of the pandemic. Biden’s new policy approach for the traditional U.S. energy industry has the potential to increase production and transportation costs, thereby weakening the international competitiveness of U.S. oil and gas products. Such a change is likely to cause economic losses to the companies involved on both sides.

For these reasons, China and the next administration of the United States will need to make efforts to reduce differences and expand cooperation in their energy and climate change policies.

First, the U.S. return to the Paris climate agreement should be used as an opportunity to strengthen international coordination and global governance mechanisms for climate change. Although the Trump administration’s unilateral measure to withdraw from the Paris agreement has not been widely followed, it has set a bad precedent. Controlling climate change and reducing emissions are closely related, and if a few major powers continue developing fossil fuels to reduce their energy costs in violation of the framework, it is not fair to countries that actively obey the accord. Against a backdrop of widespread awareness of the very real threat of climate change, the Paris Climate Agreement should be strengthened, in particular by raising the cost of withdrawal for major parties.

Countries should also use the Paris agreement and the United Nations as a platform to promote international cooperation and international assistance for clean energy technology. They should avoid politicization or securitization of related technology, and work together to help developing countries achieve an energy transition at a lower cost.

These effective collaborations began under the Trump administration and should be strengthened under the next U.S. administration. With both China and the United States committed to advancing the energy transition, it is all the more important for the two governments to communicate on the many issues involved in new energy to clear up any misunderstandings early and find a viable path for coordinated development.

Finally, China and the United States also need to continue their cooperation on traditional energy sources. Traditional energy cooperation is an important part of the phase one trade deal, which is conducive to the formation of new ties of interest and thus reduces the risk of economic decoupling. These new ties of interest will need to continue under the next U.S. administration to stabilize the expectations of the business communities of both countries and avoid the impact of the change of administration on the immediate interests of both peoples.