The Trump-Kim Meeting and the Devil in the Details 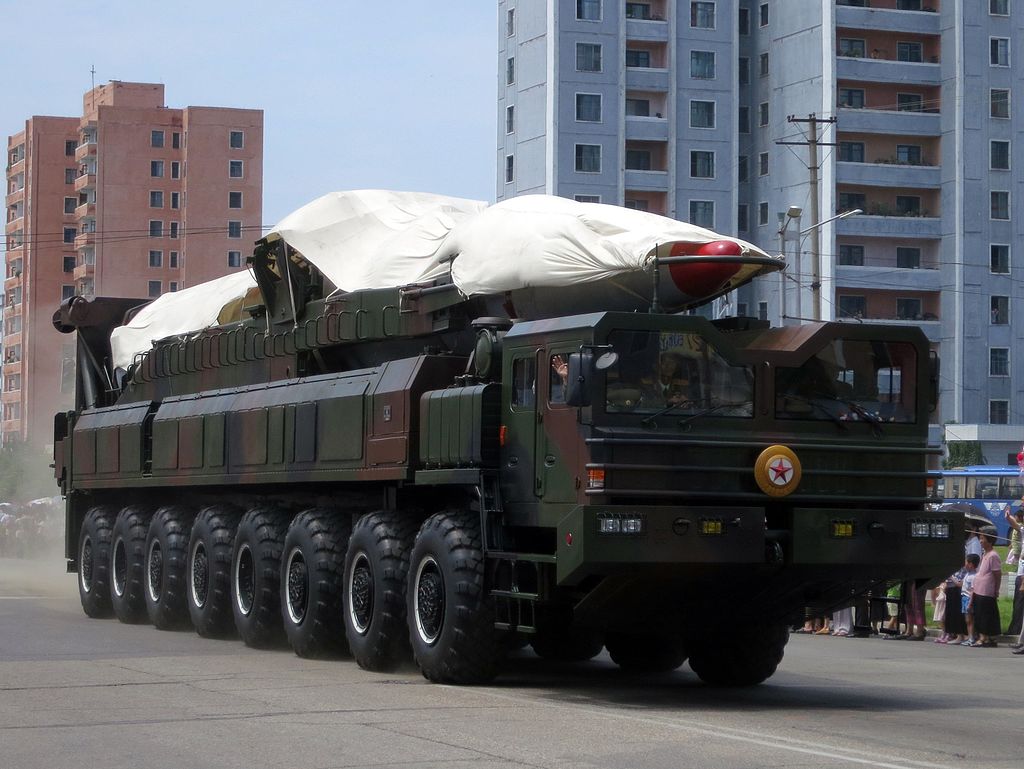 Since his inauguration, Donald Trump has abandoned Barack Obama’s policy of “strategic patience” and shifted to “maximum pressure” against North Korea, putting all options, including the use of armed force, on the table. Although the US has not ruled out the possibility of talks, it has been focusing on strengthening its strategic deployments and tightening sanctions against North Korea. And it has made no effort to refrain from verbal threats. This clear and at the same time vague strategy has certainly deterred North Korea, and puts the ball in Pyongyang’s (and Seoul’s) court.

President Trump’s primary goal in 2018 is to rack up some visible (even if short-term) wins to see the Republicans through the mid-term elections, and provide a foundation for his reelection. Therefore, though offended by South Korea’s push for reconciliation, Trump was pragmatic enough to take the ball thrown to him by Moon Jae-in and Kim Jong-un. At the same time he loudly proclaims the benefits of US sanctions, trying to claim credit for making North Korea negotiate.

Although President Trump has decided to meet Kim Jong-un face-to-face and is even pushing Moon Jae-in to arrange a US-ROK-DPRK summit, it would be hard for the US to turn around completely. The Trump administration continues to talk tough, saying it will not ease sanctions on North Korea until an agreement is reached. On February 23, it launched the strongest sanctions yet against the DPRK.

The Korean Peninsula is once again at a historical turning point. Now it is up to all sides to show good faith and demonstrate the ability to seize this valuable opportunity to change it for the better. However the experiences of past decades show that unexpected obstacles often emerge to derail progress on this issue.

Each time there’s hope on the issue disruptive factors suddenly surface to slow progress or even reverse it.

There is often no clear framework for the talks, and they go nowhere. Sometimes the threshold is set too high for talks to resume, and sometimes the parties involved are not sincere in wanting to solve problems. Talks for the sake of buying time, easing sanctions, or temporarily improving the domestic political situation are worse than no talks at all.

Furthermore, even if US-North Korea or inter-Korean talks do produce results, materializing those results is a different thing. Failure to do so would cause even greater damage.

Of course, the third inter-Korean and first ever US-North Korea talks will at least bring some hope for peace for the Peninsula. But the parties’ interests are very different, and mutual trust is thinner than paper. It remains to be seen whether their appeasement policy will bring true peace to the Peninsula or simply lead to future crises.

Considering that domestic political factors are obviously behind Trump’s about-face, he will certainly encounter opposition at home. Which White House supports the dialogue? Trump’s? Or the White House of the establishment Republicans? Will the anti-DPRK hawks and military intelligence departments once again create obstacles?

The North Korean nuclear issue is only one of the problems the Korean Peninsula faces. Kim Jong-un only promised the US that he will suspend nuclear missile tests during the talks. What he said about “honestly want[ing] to abandon nuclear weapons” and “having no reason to own nuclear weapons as long as the system security is guaranteed” is nothing but lip-service. It is still a far cry from the threshold set by the US for accepting the invitation for talks. When Trump confirmed that the two sides were planning a meeting, the White House made it clear that “Trump will not meet with Kim unless North Korea takes substantial and credible actions towards denuclearization”. This is a sign of establishment Republicans and military intelligence personnel containing Trump’s hasty shift.

Also, North Korea will have a hard time convincing the international community that it will abandon its nuclear weapons. So is it just putting on a show to buy time and breathing room to complete its nuclear missile program, or is there a bigger strategic target? Despite North Korea’s repeated claims that it has finished the “historic cause” of building nuclear missiles, the international community knows it still needs several tests before it will be satisfied as to its capabilities.

I think the Kim-Trump summit will take place and I believe it is already a firm political decision for both sides to go ahead. Kim's recent surprise visit to Beijing supports this assessment. Trump and Kim will exchange some oral and even written promises with each other which can be labeled as a “historic breakthrough”, but who knows if they would sacrifice the long-term interests of the international community for their own short-term benefit? Can any arrangement they make be feasible without the involvement of other parties? If Trump promises security and large bailouts to North Korea, will those things reward Pyongyang for developing nuclear weapons and become a form of tacit permission for it to be a nuclear state? All these problems will gradually surface as the talks move forward.

In the long run, with the supervision of directly related parties, and the precondition that North Korea and the US make reliable commitments to each other’s safety, the only way to realize sustainable peace and prosperity in Northeast Asia is to solve the nuclear issue and normalize relations among the parties once and for all. Everything has to be practical and there cannot be any mistakes or errors.