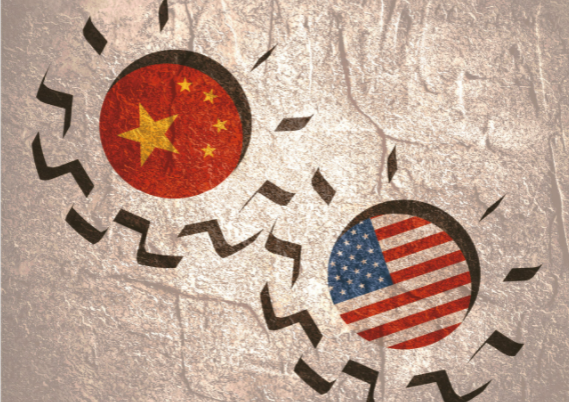 China and the U.S. have held many presidential summits since they normalized diplomatic relations in 1979. Judging by specific outcomes, the virtual summit between Chinese President Xi Jinping and American counterpart Joe Biden on Nov 15 appears to be one lacking specific accomplishment. The two presidents announced no major agreements that might help lower the tensions between the two countries. For the most part, the summit was an exchange of views.

Nevertheless, the Xi-Biden summit provided a narrow window for further stabilizing Sino-American relations. The free-fall of the most important bilateral relationship in the world was partly caused by the lack of high-level communication. During the last year of the Trump administration, China and the U.S. simply stopped talking to each other. Instead, they exchanged vitriol. The frank, calm, and substantive dialogue over three and half hours between the two leaders who know each other well should by itself set the bar for good-faithed high-level engagement in the coming months.

While the summit allowed the two leaders to put their differences on the table, it also provided an opportunity to find common ground. Encouragingly, Presidents Xi and Biden both declared their desire to manage risks and avoid conflict. In the coming months, both countries need to take concrete action to demonstrate their commitment to this shared interest.

A hopeful sign that Beijing and Washington are moving cautiously to defuse their tensions is an agreement on journalists. If all goes well, Chinese journalists will get one-year multiple entry visas while new visas will be issued to journalists from The New York Times, The Washington Post, and The Wall Street Journal. Increased coverage of China by experienced American journalists should improve the understanding of China among American public.

Other relatively easy and politically feasible steps to take include resumption of some cultural exchange programs terminated in 2020, such as the Peace Corps and Fulbright programs. China should modify its COVID-19 travel restrictions to allow fully vaccinated American academics, students and businesspeople to visit (the U.S. already permits fully vaccinated Chinese visitors to enter).

Another opportunity neither side should miss is to start a process to reach an agreement on their trade relations. In the short term, the two countries should deepen their on-going dialogue over the fulfillment of the terms of the Phase I agreement reached in January 2020. China has recently signed a $2.2 billion deal to purchase American liquefied natural gas, underscoring its commitment to honor the deal. But it still needs to purchase more than $100 billion worth of American goods and services to meet its obligations.

Even though Beijing has reiterated its commitment to fulfilling the terms of the Phase I agreement, it needs to take advantage of the momentum of the Xi-Biden summit to demonstrate its good faith. Besides accelerating its purchases, one low-hanging fruit appears to be China’s recertification of Boeing’s 737MAX, a redesigned passenger jet that has been approved to return to service in both the U.S. and Europe.

Resolving the Phase I agreement fulfillment issue and increasing China’s purchases of the Boeing 737MAX should pave the way for the two countries to resume negotiations over the Trump administration’s 2019 trade war. Given the protectionist political reality in the U.S., it would be unrealistic to expect the Biden administration to lift all the tariffs – even with a comprehensive agreement. Biden’s best sales pitch for pundits back home to lift or reduce some of the tariffs is rising inflation. Therefore, engagement between Chinese Vice Premier Liu He and U.S. Trade Representative Katherine Tai should prioritize reducing a substantial portion of U.S. tariffs (especially on consumer goods) in return of China’s commitment to reforms (which are also in China’s own interest to undertake).

While cultural exchange and trade are areas where mutual gains are possible, the greatest challenge facing China and the U.S. in the wake of the Xi-Biden summit is security, an arena of zero-sum great power competition.

President Biden made it abundantly clear that he does not want strategic competition with China to “veer into conflict” either by design or by accident. President Xi also warned that a new cold war would be a catastrophe for the world.

While such declarations sound reassuring, taking concrete steps to avoid accidental military conflict is much harder. The first hurdle is deep distrust. The militaries of the two countries are preparing for conflict. A vicious dynamic of deterrence and counter-deterrence now dominates Sino-US security relations. In the meantime, the Pentagon and the People’s Liberation Army have very little direct engagement these days.

Most urgently needed is the resumption of direct military-to-military engagement at the highest level. Such engagement should include an updating of the protocols China and the U.S. have already reached in preventing accidental conflicts and the establishment of frequent and direct channels of communications, in particular forums and working groups on arms control and confidence-building. Despite sensational press stories about how a conflict might break out between the two countries, the truth is that neither country wants it.

Taiwan will remain by far the most sensitive and volatile issue. President Xi sounded perhaps China’s starkest warning directly at the summit. While reiterating Beijing’s desire for peaceful reunification with Taiwan, he vowed that China would be forced to take “decisive measures” if pro-independence forces in Taiwan breached the (unspecified) “red line.” Even though President Biden’s reiteration of America’s “one-China” policy (which also includes the Taiwan Relations Act and Six Assurances to Taiwan) is unlikely to fully satisfy President Xi, both Beijing and Washington should reroute the momentum to de-escalate tensions in the Taiwan Strait.

In the near term, China also needs to curtail its military activities that are seen as acts of aggression and intimidation by the rest of the world. Although these activities demonstrate China’s resolve and are undertaken to deter Taiwan’s move toward de jure independence, they come with considerable costs. For one thing, they bolster the case to Taiwan’s supporters in the U.S. for giving the island more military and diplomatic support, which will only infuriate China. For another, such activities may yield diminishing returns because few sensible people anywhere in the world today doubt China’s resolve to use force against Taiwan should it declare independence.

What is most needed is an intense diplomatic engagement between China and the U.S. to find a new equilibrium to stabilize the conditions in the Taiwan Strait.

Such an endeavor will likely be more fruitful if leadership-level interactions such as the Xi-Biden virtual summit become a more frequent and regular part of Sino-American relations. According to the Chinese Foreign Ministry, the two presidents will maintain close contact in the future through meetings, exchange of letters and phone calls. This, perhaps, is the most positive accomplishment of the summit.