Time to End the Gamesmanship 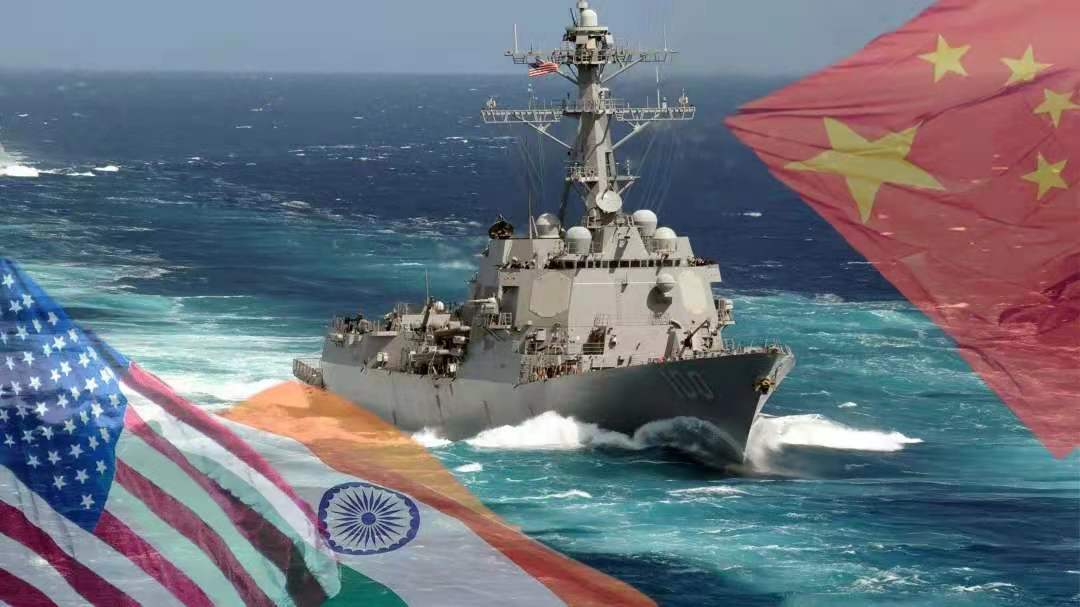 The world is witnessing great changes unseen in a century: changes in the global balance of power, traditional security threats from geopolitical competition and such nontraditional security threats as the spread of the pandemic that have converged like never before. Add to that the rapid progress brought by the technological revolution, which has changed ways of life and production, and the wrangling between globalization and deglobalization that has accelerated adjustments in the very meaning of the terms.

We should be particularly concerned about the current China-U.S. and China-India relations, which are now in deep water.

The China-U.S. relationship is the most important bilateral one in the world. As both countries are permanent members of the UN Security Council, and their combined GDP accounts for 40 percent of the world economy, they are highly influential. The course of the relationship is of critical significance to the formulation of a new world order.

In much of the past four decades or more of China-U.S. diplomatic relations, cooperation and competition coexisted, with cooperation and “strategic engagement” in a dominant role. U.S.-China strategy saw fundamental changes over the past few years, with the Trump administration’s National Security Strategy report identifying China as the main strategic competitor of the United States.

The window for dialogue opened again after the election of U.S. President Joe Biden. But the Biden government has largely carried on its immediate predecessor’s policy of fierce strategic competition. Policies meant for all-around suppression of China, such as the Strategic Competition Act of 2021 and Endless Frontier Act based on bipartisan consensus are gradually taking shape.

The Biden administration sees China as its toughest competitor. Ranking U.S. officials claimed the era of engaging China has come to an end and defined handling relations as the biggest geopolitical test of the 20th century. U.S. strategic competition with China has made substantial headway, mainly in three aspects: economic and technological decoupling, geopolitical and military containment and ideological demonization.

Both China and India have a population of around 1.4 billion, being the biggest developing countries and emerging economies. China-India relations exert important influences on Asia’s peace and development, and each holds an important position in the other’s foreign relations. In recent years, as India’s internal and external environments changed based on its own strategic considerations and affected by U.S. containment of China, its China policies have undergone significant metamorphosis.

China-India relations have slid seriously, and bilateral conflicts are on the rise in South Asia and the Indian Ocean areas. The two countries’ differences on the Belt and Road Initiative and on India’s participation in the Nuclear Suppliers Group have accumulated, and border spats, such as the Donglam standoff and the Galwan River Valley conflict, have dealt constant blows to bilateral ties. Tensions continue to escalate.

China-U.S. and China-India relations are not on the same level, yet they are indeed interconnected. The China-U.S.-India triangle needs to be scrutinized against the overall backdrop of worsening global geopolitical competition and gaming as well as the changing international power structure. That the U.S. and India have joined hands against China — from the Quad alliance of the U.S., Japan, India and Australia to the T12, which includes India — is not the result of a sudden impulse but a well-thought-out policy choice based on individual strategic needs. There certainly were serious misjudgments about China’s course of development and foreign policies, but it was mostly their overlapping strategic goals that resulted in the quasi-alliance relationship in which each takes advantage of the other for its own benefit. One wouldn’t be able to truly understand the essence of the U.S.-India relationship and that of their common strategy against China without seeing this.

China has always believed that both cooperation and competition are normal in state-to-state relations. Competition is unavoidable between major countries, but at the same time there is broad room for cooperation so long as the competition is benign, peaceful and doesn’t sink to “zero-sum” competition or slide into the so-called Thucydides Trap.

With traditional and nontraditional threats increasing globally, no country can stay well all on its own. Major countries always share a common interest in making sure the world remains generally peaceful and the economy sustainable. From such a perspective, despite the increase in competition between China and the U.S. — as well as between China and India — room for cooperation still exists. Yet the U.S. and India may not identify with this way of thinking. Quite a few people in the two countries, including at higher levels, are not seeing bilateral or trilateral ties from a win-win or all-win perspective, but rather with a mindset of opposition and even confrontation. As a result, they have deep suspicion and anxiety about China’s progress.

The main troubles today for China-U.S. and China-India relations are, on one hand, an insufficient foundation of basic mutual trust. The two parties can’t truly understand each other’s strategic purposes, or the other side isn’t willing to believe China’s strategy of peaceful development. On the other hand, their strategic goals do differ, and their interests conflict. The latter is an objective fact and has a long history, while the former derives from a lack of in-depth, candid communication, so much so that strategic suspicion has led to strategic competition, or identifying the other side as a primary strategic rival.

Of course there is a way to break the impasse. But it all boils down to whether the parties want to get rid of it, and how. Following are some suggestions:

2. Carry out serious pragmatic dialogue and negotiation based on mutual respect. Collaborate in selected areas of common concern, such as climate change, cybersecurity and pandemic control. And take confidence-building steps through cooperation, paving way for rebuilding strategic mutual trust.

3. Mutual respect means first that both countries see the other side without prejudice. They respect the other’s development paths, political, economic and cultural choices and institutional arrangements, and respect each other’s core interests, national dignity and development rights. Disagreements are nothing unusual, and the crux is to discuss solutions on equal footing.

4. China and India should both proceed from the basic judgment that says development opportunities do not constitute threats. They should correctly analyze each other’s purposes with a positive, open and inclusive mindset, and respect and take care of each other’s core interests and significant concerns.

5. China, the U.S. and India should all see competition from an objective, pragmatic perspective. Competition is undeniable between China and the U.S. and between China and India: It’s the normal state of international relations. The key is that in bilateral ties they should strive to guarantee that such competitive relations are benign, not malicious. Benign competition is good for all parties, as well as the world’s development and progress. Malicious competition by contrast will only result in mutual harm and damage the interests of the international community. Cooperation is indispensable between major countries like China and the U.S., and both parties should work hard to prevent the zero-sum game scenario.

Finally, no matter how China-U.S. relations deteriorate, it is always necessary to enhance dialogue and timely communication. Since the Biden inauguration, the two countries’ leaders have talked over the phone, fittingly on Chinese New Year’s Eve. Then a high-level meeting was held in Alaska, followed by talks between trade representatives. All these are good things to do. Only when the two sides correctly understand each other’s needs and intentions can they avoid confrontation and remain open to opportunities for collaboration.

The same is true in China-India relations. Because of the dual impacts of the political environment and the pandemic, bilateral exchanges from governmental to nongovernmental, from economic and trade to people-to-people, have been severely frustrated, and so an imperative exists for restoring dialogue and communication. Considering that border spats may fuse nationalist feelings at any time in both countries, both governments should adhere to the bottom line of “no derailment, no confrontation, no loss of control,” and position border disputes properly in the bilateral relationship instead of considering the matter as the whole picture. This will create a political environment conducive to restoring communication and dialogue.

Only inclusiveness can facilitate coexistence. Only when countries collaborate can they win together. Only openness can promote development. And prosperity is likely only in peace. Only with real mutual respect and closer engagement and communication can the China-U.S. and China-India relationships ease and improve, and their development proceed steadily and far.