Time to Really Negotiate with China over North Korea 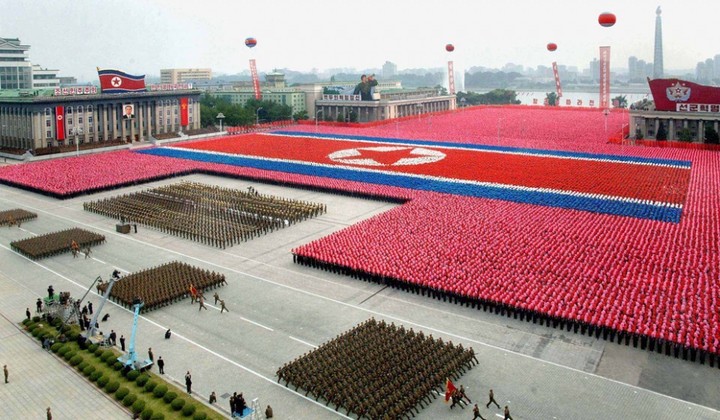 The Trump administration continues to expect China to solve the North Korea Problem. Amid hostile rhetoric and nuclear threats, Washington wants the People’s Republic of China to cut off trade with the North.

But the U.S. has been far less forthcoming in offering a quid for China’s quo. Beijing has urged bilateral negotiations, suspension of annual U.S.-South Korea military exercises, and other changes in a “hostile policy” which Chinese officials argue has given rise to the North Korean nuclear program. So far President Trump insists on having everything America’s way.

Making outrageous demands may work in the New York City real estate market. Alas, it won’t bring newly empowered Chinese President Xi Jinping around. His refusal to meet with Kim Jong-un well-illustrates Beijing’s anger toward its nominal ally. Nevertheless, the PRC isn’t interested in answering Washington’s geopolitical prayers by effectively handing over the North to the U.S., especially with the prospect of a reunified peninsula allied with America.

But astute negotiation just might yield a good deal.

Chinese backing for Pyongyang looks softer than at any previous time since the end of the Korean War. The two nations’ relations have never been easy. The North gave its larger neighbor few thanks for saving it from the allied counterattack after the failure of Kim Il-sung’s invasion, even though hundreds of thousands of Chinese troops, including Mao Zedong’s son, were killed. And with nary a nod to Beijing, Kim wiped out the pro-PRC faction of the Korean Workers Party on his way to absolute power.

Relations may have reached their nadir after Mao disapproved of Kim’s decision to pass power to his son, Kim Jong-il. Ties recently dipped again under Kim Jong-un, Jong-il’s son, as North Korea accelerated its missile and nuclear testing. President Xi met several times with South Korea’s President Park Geun-hye but not once with the North’s young “Supreme Leader.” Even as economic links expanded, political ties were frosty at best.

U.S. officials sometimes appear mystified at Beijing’s refusal to enthusiastically adopt America’s perspective toward the Democratic People’s Republic of Korea. They should flip the situation around and think of Mexico. Would Washington accept a Chinese demand that might cause the collapse of the Mexican government, creating the possibility of civil war, loose nuclear weapons, humanitarian crisis, and mass refugee flows? And would U.S. officials accept the likelihood of its southern neighbor becoming an ally of the PRC, even hosting Chinese military forces? Not likely.

But there is obvious room for negotiation. Presumably in response to both rising concern over the consequences of the DPRK’s provocative behavior and Washington’s potential violent reaction, China has continued its policy of modestly but steadily tightening sanctions on the North. So far it appears to be maintaining enforcement, long a matter of concern.

Moreover, there is evidence of a greater internal debate over the PRC’s relationship with North Korea. In recent months Professors Shen Zhihua at Dalian University and Jia Quingguo at Peking University have questioned Beijing’s support for the North. Their views remain controversial and attracted sharp criticism, but were not censored. Although semi-official media still takes a more traditional view of Chinese relations with the DPRK, the once unthinkable might now be possible, if the Trump administration addresses China’s concerns.

First, what happens if tougher sanctions create a crisis in the North? The U.S. has the Pacific Ocean between it and any consequences. China is not so lucky. But America could help. For instance, Washington and Seoul, which also should be involved in any discussions, could greenlight Chinese intervention to stabilize the North Korean state and bolster more responsible leadership. The allies also could promise to assist Beijing in responding to any humanitarian disaster, such as caring for refugees.

Second, what are the long-term consequences if the Kim dynasty crashes? The widespread assumption is that Korean reunification is inevitable, but the economic, political, and social differences between the two nations are great. Moreover, enthusiasm for reunification in the Republic of Korea falls as age decreases. Many South Koreans see no imperative to knit together the two Koreas; some fear the economic costs and political consequences.

At the same time, Beijing doesn’t desire a more potent competitor on its border which might attract ethnic Koreans living in the PRC’s border provinces. China most assuredly does not want to see the peninsula become another means of military containment by the U.S.

This suggests the opportunity for productive discussions. The Xi government might be less concerned about the future if it received assurances that whatever the Koreas become, they would not join with outside powers, meaning the U.S., against the PRC. Washington could pledge the withdrawal of American forces from the peninsula once the North Korean threat recedes, whether through negotiation or collapse. Seoul could even promise military neutrality. Then it might be possible to persuade China that the latter also would benefit from a tougher stance toward the North.

Finally, all of the DPRK’s neighbors, including Russia and Japan, should be included in talks over what to do if North Korea resisted even Chinese efforts to clamp down. Pyongyang long has defended its independence and during the famine two decades ago demonstrated that it was not inclined to back down even in the face of great hardship. Enhanced sanctions might merely yield a poorer but angrier North. Then what?

The Trump administration deserves credit for having placed North Korea at the center of the U.S.-China relationship. But Washington cannot dictate. Now, more than ever, diplomacy is required. With a supposed dealmaker as president, Washington should make an offer to Beijing. If the PRC and U.S. can agree on the Korean peninsula, imagine the other problems they might be able to solve.

China-US-North Korea RelationsNorth Korea
printTweet
You might also like
Back to Top
CHINA US Focus 2018 China-United States Exchange Foundation. All rights reserved. Disclaimer