Time to Turn the Page and Say Farewell to Negativities

The following is the prepared opening remarks by the author at the  Jan 26-28 Hong Kong Forum on US-China Relations hosted by the China-United States Exchange Foundation in partnership with the China Center for International Economic Exchanges. 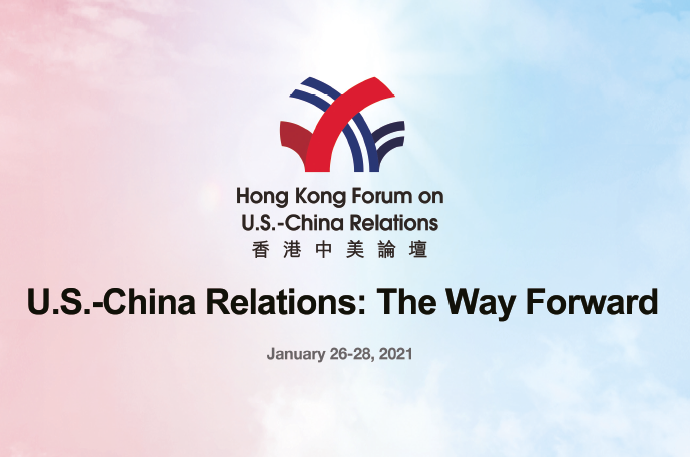 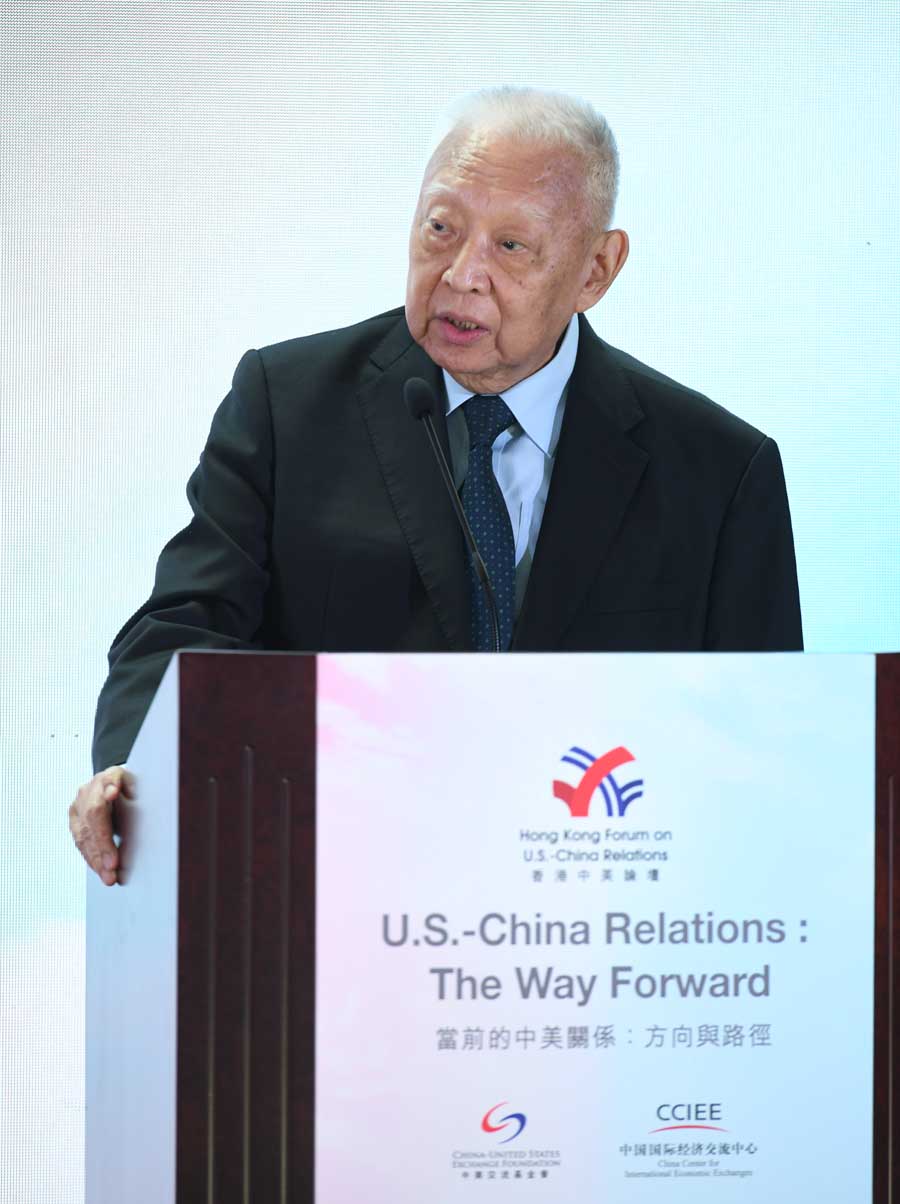 Hearing the many distinguished speakers this morning has been most illuminating. I think we all agree that the world needs recuperation, not just from COVID and the economic havoc it brought, but also from untruths, irrationality, and distrust.

In his Inaugural address, U.S. President Joe Biden called upon Americans to return to truth, to respect, to stand in each other’s shoes, to agree to disagree. I think these are valid calls not just for America, but for the world.

Now is the time to turn the page, to say farewell to the negatives in the past few years, and to start to work with one another again.

There are so many challenges we face together. COVID could be the first alarm call that mankind can be hit by unexpected blows from nature.

Both rich and developing economies alike realize that we are so unprepared and ill-equipped in fighting calamities. Our economies are not that resilient. People are not being treated equally and fairly.

Unless we fix these, we can expect the same to happen again, not just when another pandemic hit us, but with the quiet encroachment of climate change.

We need to work together to fix these.

I established the China-United States Exchange Foundation 12 years ago to promote understanding and cooperation between China and the United States.

China and the United States have always had their disagreements, mostly in trade and economic policies.

But we also saw significant cooperation, in education, sports and culture, and in people to people contacts and exchanges.

Most remarkably, there were three occasions where the two countries’ leadership came together to tackle global challenges:

1. In 2008, during the global financial crisis, President George W. Bush called President Hu Jintao to pool resource together to stimulate and stabilize the world financial market. The US put up $800 billion and asked China to put up whatever it could manage. Eventually China put up $600 billion. This joint effort succeeded in turning the crisis around.

2. In 2013, there was an outbreak of Ebola disease in west Africa. China and the US jointly provided medical relief supplies and personnel, and logistical and security cover. Within six months, the epidemic was contained.

3. In 2016, in face of climate change, President Obama and President Xi Jinping came together. Their joint leadership brought 170 nations to sign on to the Paris Climate Accord.

Those were triumphs of humanity facing challenge together.

Regretfully, this cooperative spirit was lost in the past few years. It was replaced by anxiety, resentment, and rejection, most of which, I’d say, emanated from the US side.

They arose from a lack of understanding of China—Why has China grown so fast? How could a communist, totalitarian system be so successful?What is China’s intention?What role will the US play in the new world order?

These questions sowed fear, and with fear came distrust.

I think, in a more rational moment, we all know that nature and history shape each country differently.

Each country is different, in geography and culture, in resource, in paths of development, in human capital.

When alone, nations may lack this or that capacity. But leveraging each other’s comparative advantages, nations can complement one another, benefiting all.

China has the comparative advantages of a huge market, a more developed and integrated manufacturing and logistical infrastructure, a people that is hard-working, entrepreneurial, and full of hope. China is ready to contribute these to the world economy.

China has benefited from globalization in the past 40 years. The way China capitalized on it was through reform and opening up.

As China continues to strive towards its goal of “meeting its people’s aspirations of a good life,” it will continue to reform and open up.

China’s history in the last two centuries has brought about its current governance system, led by the Chinese Communist Party.

Many Americans have an inexplicable fear and rejection of a communist government.

But if we ask Chinese people, the majority of them think the current government system is good for the country.

From a research conducted by Harvard’s Ash Center not too long ago, 90% of the people in China agree with the government’s direction, and are hopeful about the country’s future.

This percentage is far higher than any other country’s. It would be difficult to argue that over a billion people are wrong.

I should also stress that China has no hegemonic ambition.

Like every nation, China will protect its own interests. But we believe in living peacefully with all members of the community of nations. It has often been quoted that, even at the height of its imperial power, the Han people has never invaded another country.

President Xi says it well: China pledges to be the builder of world peace, contributor to global economic development, and most importantly to building community with a shared future for the mankind.

Being the two largest economies, the U.S. and China can work together in many areas.

President Biden has said that his four priorities are: the pandemic, the economy, climate change and racial injustice. There is no question the two countries can work together on at least the first three priorities.

Let us join hands in accelerating the development, making and distribution of safe vaccines to the world’s people; in addressing normal trading relationship. It will help unemployment, and the economic plight of businesses and families;

in getting experts and institutions to dialogue again and students to learn from one another;

in finding peaceful solutions to the world’s hot-spots and conflicts;

and in finding ways to prevent man from destroying his own planet.

Speaking yesterday at the WEF Davos Agenda 2021, Chinese President Xi Jinping urged the international community to stand united and work together, warning that history has shown countries that choose to go it alone will always fail.

He called people around the world to join hands and let multilateralism light our way forward as a community with a shared future for mankind.

There are lots of work, and we can begin now.