Toward A Multipolar Pattern: Challenges In A Transitional Stage

Today’s international economic and political development is increasingly multipolar. Since the United States and the Soviet Union initiated the Cold War in the wake of World War II, people have been accustomed to employing such adjectives as “bi-polar”, “uni-polar” or “multi-polar” to illustrate the evolution of the power structure of contemporary international politics. Compared with the bi-polar framework during the Cold War and the uni-polar one in the post-Cold War era, the essence of the current trend of multi-polarization is the rapid diffusion of international economic and political powers. However, the complexity of the political and economic implications of the multi-polarization goes far beyond a power diffusion. This is because such multi-polarization occurred in the process of fast and forceful economic globalization in the post-Cold War era, and there has been a symbiosis between the pattern of the new multi-polar world and economic integration. 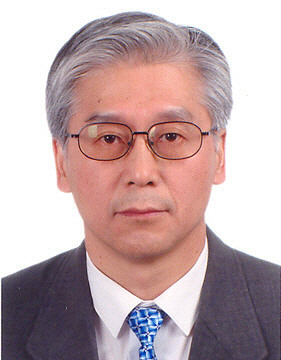 Currently, global economic integration and connections between countries have reached extremely profound and irreversible levels, and a multi-polarization in the distribution of power has fundamentally shaken the world power regime that centered around the United States as the sole superpower. We can see the simultaneous progress of both economic integration and power diffusion. The United States’ hegemonic status, or its dominance of international affairs, has conspicuously weakened. More global centers of power have emerged. The old international political and economic regimes are increasingly out of sync with the new realities of international relations.

There has been a major change in the strength of the world’s major economies and a number of emerging economies have arisen in the rapid globalization process. As such, the advantaged positions of the United States, Europe and Japan have relatively declined, resulting in changes in the macro structure of international economic powers, as well as an increasingly multi-polar pattern. There has also been a diversification of development modes, which have received increasing recognition and changed the US-led political and economic monopoly over the post-Cold War world. Meanwhile, a profound integration of global economies has led to unprecedented, in-depth interdependence between countries, especially in big countries. These economies have been so tightly entwined with each other that they have become indispensable mutual stakeholders. The interweaving of competition and cooperation, an important feature of major-country relations in the 21st century, along with mutual nuclear deterrence between big countries, has reduced the likelihood of a world war to the lowest point in history.

The main countries that make up the present-day multi-polar economic structure include the United States, European Union, Japan, Russia, China, India, and Brazil (the aggregate GDP of the seven economies accounted for two-thirds of the world’s in 2011.) The United States and China, respectively the biggest developed country and the biggest emerging economy, with the largest and second-largest GDP, have become the two most influential players in the world economy (aggregate GDP of the United States and China accounted for a third of the world’s in 2011). A great number of important intermediate countries are also playing increasingly active roles, constituting another significant part of the multi-polarizing regime (they include the Republic of Korea, Indonesia, Turkey, Saudi Arabia, South Africa, Nigeria, Egypt, Mexico, and Australia).

The outbreak of the financial and economic crises abruptly accelerated the transition, resulting in the occurrence of some significant changes way before all parties were prepared. The sudden prominence of the conflicting and divergent aspects of state-to-state relations has led to strategic competition between major countries. The parties’ poor preparedness and inability to adapt have resulted in anxiety and fear, as well as anxiety caused by changes in comparative strength and more intensive competition. This is likely to create an upsurge of extreme nationalism, radical nationalism, or narrow nationalism.

During such a period, countries’ adjustments of their foreign strategies are accompanied by domestic changes and reforms in their politics and economy. The interweaving of internal and external contradictions is highly complicated, resulting in extraordinarily fierce internal disputes. In China, for instance, the unprecedented diversification of social interests, plus the increasing transparency brought by an information society have brought about unprecedented multi-party competition, and a substantial impact of public opinion on government decision-making. Such a period is full of uncertainty, unpredictability and multiple possibilities. The competition between the countries boils downs to their capabilities for grasping macro trends, enduring internal and external pressures, and for internal coordination and rapid responses.

Most countries need to retain control over the escalation of mutual competition. Maintaining the basic stability of international economic, political and security conditions is also a consensus among major countries, which constitutes the basis for cooperation.

The Asia-Pacific has generally sustained regional peace and stability in the more than 20 years since the Cold War. Robust economic progress and the fact that economic and trade collaboration has dominated state-to-state relations in the Asia-Pacific have to a great extent concealed problems in the security arena, and also distracted us from the ineffectiveness or defects of Asia’s existing framework of security cooperation.

It is a common wish to preserve the overall stability of regional security conditions. And, the positive aspect of cooperation is on the rise. Meanwhile, security concerns have become highly uncertain. In the face of unstable and uncertain factors, strategic hedging is also on the rise, causing tension. Under the complex circumstances of national transformation, with an increase in pressure during the transitional period, diplomacy has been unprecedentedly affected . Peace, security, and stability are basic preconditions for ensuring sustainable economic progress in the Asia-Pacific. Setting up a region-wide and effective regional security framework is an attractive option, although unachievable in the short term.

Yet from an optimistic perspective, perhaps we are in a transitional stage proceeding towards such a goal. Compared with other areas, the Asia-Pacific is the most vibrant, multivariate, and diverse region. And development is extremely imbalanced here. Asia-Pacific countries may share the macro goal of building an extensive and comprehensive regional security framework. But, there are huge divergences over the path to achieving it. It will take a considerably long time to explore, rally consensus, and create conditions through the further development of economic, political and security relations.

At present and even through the second decade of the 21st century, security conditions in the Asia-Pacific will display the following characteristics:

·  A certain degree of imbalance and disorder;

·  The actions of major countries will attract even more attention. The United States will modify its strategies in the face of new conditions; in step with the conspicuous rise in its status and impacts, China actively deliberates on and explores how to play a new role; the ASEAN, as the sole commonwealth in the region, strives to play a peculiar role.

During the transitional period, security relations between countries and the countries’ actions will be on two parallel tracks:

·  Countries will manage and control the situation, take advantage of existing mechanisms to enhance dialogue, properly handle differences and sensitive issues, and maintain general stability of the overall situation;

·  Countries will deliberate on and explore effective approaches to improving security relations and regional security conditions, including concepts and possible formats of a universal regional security framework. This calls for courage to transcend past mindsets and ways of thinking, as well as endeavors to find converging points of common interests, discover new realms of collaboration, and build mutual trust through consecutive successes in pragmatic cooperation.

Another major trend accompanying the multi-polarization of international economic and political conditions is the eastward shift of the world’s economic and political gravity center, from the two sides of the Atlantic to the Asia-Pacific. This is a historic change, which may very likely become the prelude to a new historical cycle in economic, political, and cultural development in the 21st century. The Asia-Pacific has become the most important engine for world economic growth, the rise of Asia as a whole is of more historic significance than that of China alone.

Cui Liru is the former President of China Institutes of Contemporary International Relations (CICIR). The Full text of this article in Chinese is to be published in Strategy and Management.

Asia-Pacific Multi-polarization
printTweet
You might also like
Back to Top
CHINA US Focus 2018 China-United States Exchange Foundation. All rights reserved. Disclaimer