Containment and its Discontents After Trump’s Asia Trip 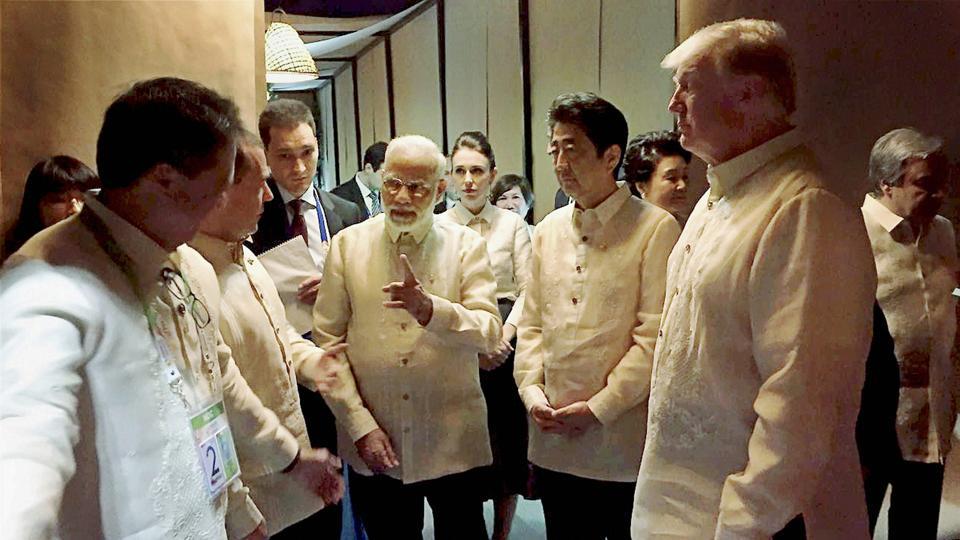 The theme of US President Donald Trump’s Asia trip was to continue rebalancing to Asia to contain a rising China. One important difference between Trump and Obama in this respect is the former’s use of the term “Indo-Pacific” instead of the traditional “Asia Pacific.” Asia is the world’s most robust economic development zone and links Africa and Europe. The American strategy has long been reconstructing the containment framework of the Cold War to use against China, which enables the US to enjoy to the benefits of economic growth in the region and to sustain its global hegemony as long as possible.

An important outcome of Trump’s visit was an enhanced US-Japan-ROK military alliance against North Korea. During Trump’s visit, both Japan and the ROK promised to buy more sophisticated weapons from the US. Japan plans to purchase fifth-generation fighter-bombers, sea-based interceptor missiles, Aegis-equipped naval vessels and land-based Aegis defense systems. The ROK will purchase high-tech reconnaissance assets, missiles, submarines and various other modern weapons. By selling these weapons to Japan and ROK, the US will put in place the elements of its strategic missile defense system in Asia. Undoubtedly China will be the system’s primary target.

At the APEC Summit held at Da Nang, Vietnam, Trump claimed the US will propose new bilateral partnerships to all countries in the Indo-Pacific so as to consolidate friendship and trade and to increase prosperity and security. The use of the term “Indo-Pacific” suggests the US will openly pursue the creation of an economic and military alliance, including pulling India in, to counterbalance China. In the past few years, Japan has been at the forefront of the Australia-India-Japan-US defense dialogue, which is designed to strengthen Indo-Pacific maritime security cooperation.

Containing China is at the core of America’s Asia strategy. It is the result of America’s economic and political features. The almost non-stop foreign wars it fought in the past 25 years led to a drastic increase in federal debt. While the military-industrial complex, high-tech, and financial sectors have made handsome profits, it is increasingly difficult for the working class to find well-paid jobs in most other sectors. According to the latest survey results, the net assets of Bill Gates, Warren Buffett, and Jeff Bezos total $248.5 billion, more than the total wealth owned by over half of the American population. The society is shockingly divided, leading to a rapid decay of democratic politics. Both the Republican and Democratic parties are highly divided by internal conflicts. National political power has fallen into the hands of a small group of business elites, high-ranking generals and intelligence officers, and Trump is the latest addition to this group. Compared with during the Obama administration, the current political atmosphere in the US is more chaotic and the establishment is more conservative and right-wing. The US will continue to contain China to redirect domestic political pressure and to generate profit for the military-industrial complex.

According to Thomas Kuhn, during revolutions, the world changes and theories must also change; each theory is applicable to the world it belongs to but not to the ones that precede or follow; theories of different times may not be measured with the same yardstick. The world today is undergoing an enormous social and scientific revolution, with many new paradigms emerging. The rise of China is only one aspect of the world revolution. The new China-US relationship will surely be unprecedented. It thus requires a new theory to explain it.

At the strategic level, China is obviously more rational and sensible. For years, China has been deliberating a new orientation for China-US relations in the new era. Hegemons set their eyes on controlling other countries through political means, but this is an idea of a bygone age. China, on the other hand, is committed to developing a diplomacy guided by economics, effectively satisfying countries’ different needs by enhancing communication and understanding. The history of mankind has seen economics repeatedly defeat politics. This is why it will be very hard for America’s containment policy to be successful.

China and the US, the two strongest forces in the “Indo-Pacific,” must coexist. Their forces in the region are basically symmetrical and balanced. In the coming decades, the two countries will certainly clash. These clashes will define both countries and intertwine them more closely. As a result of these clashes, the two sides will adapt and adjust. They will revise their original objectives and motives, thus realizing a new stability.

Trump China VisitAPECAsia-PacificIndo-Pacific
printTweet
You might also like
Back to Top
CHINA US Focus 2018 China-United States Exchange Foundation. All rights reserved. Disclaimer