US Hegemony and Provocations in the South China Sea 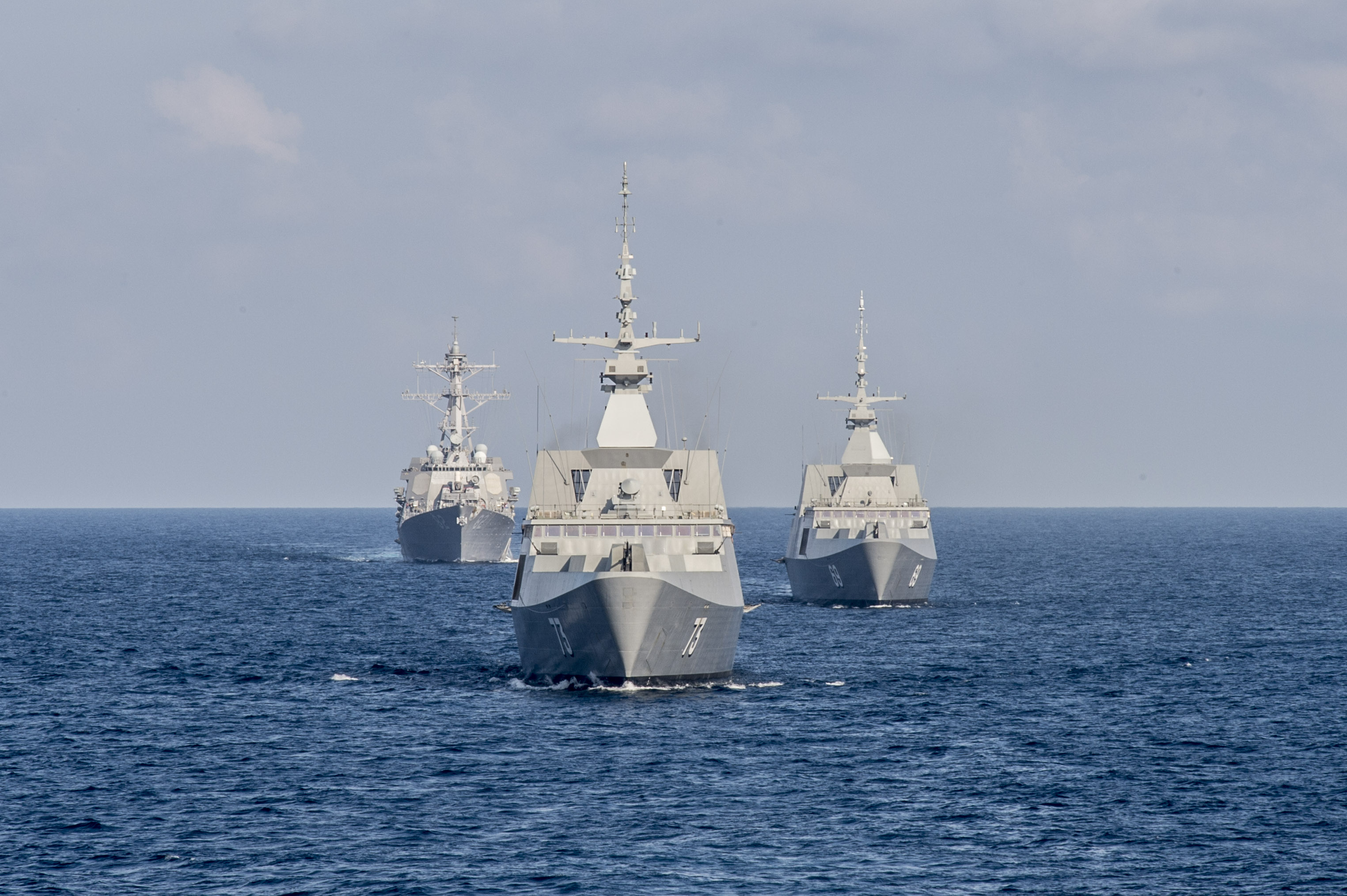 Since the start of 2019，the United States has already twice infringed on China’s sovereignty and territorial integrity in the South China Sea （SCS）. On January 7, the US guided-missile destroyer USS McCampbell, and on February 11, the guided-missile destroyers USS Spruance, and USS Preble trespassed into China’s territorial waters of the SCS Islands. They were all warned and expelled by Chinese Navy vessels. The US should stop any such provocations in the SCS under the pretext of freedom of navigation (FON) and overflight under international law. It would be beneficial to the US and China, and helpful to peace and stability in the region.

US military operations in the SCS are not the solution to the differences among nations.  All states，including the US，enjoy the freedom of navigation and overflight in the SCS under international law, including the United Nations Convention on the Law of the Sea (UNCLOS). However, the US military operations in the SCS in recent years under the name of the FON and overflight are different. The US FON programs, since 1979 when they began, have always had the fatal problem, i.e. the US armed forces have conducted FON operations in territorial waters claimed by other countries but considered by the US to be international waters. What makes the problem even worse is the fact that the US is not a party to the 1982 UNCLOS. The US military operations in the SCS in recent years have demonstrated more clearly than ever that they are not a true execution of FON operations. Their aim is to challenge China’s sovereignty over the SCS Islands according to the US’ understanding and interpretation of the international law.  The US military often declares that it will continue to fly, sail and operate wherever international law allows. It is doing so in the SCS as in other places around the globe. In fact, the US armed forces operate in the Indo-Pacific region, including the SCS on a daily basis. The strong US military presence in the region backed by superior air and naval power is meant to deter China from dominating the region. Therefore, it is not a secret now that the US military operations in the SCS in essence represent the US’ obstinate pursuit of maritime hegemony by challenging China’s so-called excessive territorial claims, in disregard of the fact that the SCS Islands have been China’s territory for over 2,000 years. Clearly, the differences between China and the US originate from different interpretations and understanding of the international law, including the (UNCLOS). Therefore, increasing mutual understanding through dialogue is the better solution.

The second thing is that the US military is trying to dispatch more naval vessels regularly to the SCS to let those vessels sail more deeply into China’s territorial waters. Such plans have become risky and consequential, as they meet with stronger resistance from China. The encounter between the Chinese navy ship and the US guided-missile destroyer USS Decatur in the SCS on September 30, 2018, should be analyzed as a good lesson. The US naval entry, without the permission from the Chinese government, into China’s territorial waters within 12 nautical miles constitutes an infringement on China’s sovereignty and territorial integrity according to international laws and relevant Chinese domestic laws. Suppose a Chinese destroyer, without obtaining permission from the US government beforehand, was sailing within 12 nautical miles in the territorial waters at Key West, the US. What would happen to it? Would it be given a warm welcome, or be asked to leave? Though no one could give a definite answer, all would agree that the Chinese military vessel should be prevented from entering US territorial waters without permission. The same rule should be applied to dealing with similar incidents in the SCS. In the case of the September 30 encounter, it is all right that the Chinese destroyer approached within 45 yards in front of the Decatur and warned it to leave the Chinese territorial waters. And the Decatur was expelled as it maneuvered to avoid a collision. The instance demonstrated China’s resolve to safeguard the country’s sovereignty and territorial integrity, as well as the high level of professionalism in the Chinese Navy. It is the Decatur that deliberately encroaches upon China’s sovereignty and territorial integrity, and it was the Decatur’s hegemonic disregard of the repeated warnings that led to such a close-range encounter. Therefore, the Decatur is held responsible. According to US military officials, 18 instances of such “unsafe and unprofessional” maneuvers, as the US military called them, occurred in the SCS since 2016. They tell the world that the US has been trying hard to regularly infringe upon China’s sovereignty and territorial integrity as well as security interests in the SCS, and its repeated infringements have been firmly prevented by Chinese naval ships with no accidents. But that doesn’t mean that no accidents would occur in the future. Therefore, in order to prevent anything unfortunate from taking place, it is best for the US to stop any provocations in the SCS right now.

US efforts to turn the SCS into an international hot spot by ganging up against China are doomed to failure. As ASEAN countries want to see China and the US work together to contribute to peace and stability in the region, they don’t like to take sides in the unnecessary rivalry between China and the US. As a result, the US has found it difficult to take advantage of the differences and disputes among nations in the region to fish in troubled waters. Now, under its Indo-Pacific strategy, the US is turning to its military allies for help. As almost all of the US military allies in the world are also China’s close business partners, good friends in international security affairs, they are reluctant to help. So far, only Britain imitated US encroachment upon China’s sovereignty and territorial integrity once by sending its Royal Navy ship HMS Albion to trespass into the territorial waters of China’s Xisha Islands. The British Royal Navy’s provocative action not only drew protest from China, but was also criticized by many far-sighted British people. British Defense Minister Gavin Williamson’s hawkish remarks on February 11, 2019 about the possible voyage in the SCS of the new aircraft carrier, Queen Elizabeth, were challenged by his colleagues in London. It tells the world that provocation against China in the SCS is not popular in Britain. Besides, three other military operations of US allies smacked more of political propaganda than military significance. They are British Royal Navy’s joint drills with a US Navy ship in the SCS in January, 2019, 3 Australian Naval vessels’ passage in the SCS in 2018, and 3 Japanese naval ships’ exercises in the SCS in 2017. All this shows that US military allies are not yet ready to serve US strategic goals in the SCS at the expense of their bilateral relations with China. Therefore, the US would feel disappointed if it expects too much support from its military allies. Since prospects of the US regular provocations against China in the SCS look dim, it is better for the US to put an end to such provocations altogether so that an irritant in Sino-US relations could be removed for the benefit of both sides.

South China SeaFreedom of Navigation Operation
printTweet
You might also like
Back to Top
CHINA US Focus 2022 China-United States Exchange Foundation. All rights reserved.