Why Both Xi and Obama Must Communicate and Listen in the U.S.

Whether it’s China’s President Xi Jinping in America this week or U.S. Federal Reserve chair Janet Yellen last week announcing the Fed’s benchmark interest rate would remain unchanged, sometimes it’s not just the policy decisions but also how they are communicated that matters. 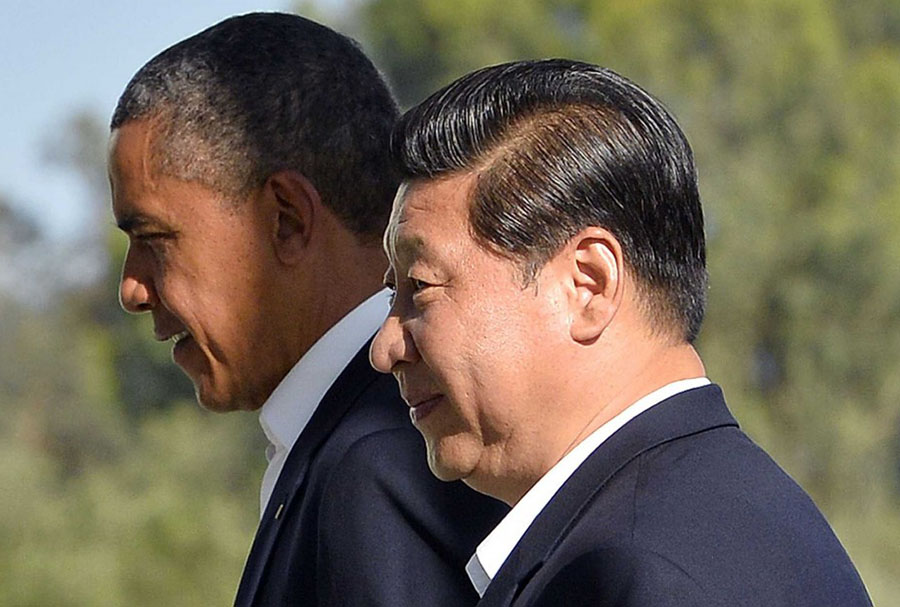 Both Xi and U.S. President Obama may well find that all too true amidst a high-profile visit by the Chinese leader to the United States. Each leader will likely want to communicate that U.S.-China engagement is working and remains to the clear benefit of each nation, despite tremendous and very real challenges.

Here, consistency and credibility will be vital to each leader’s communications about this most important of bilateral relationships. It will also be increasingly challenging for Xi and Obama to achieve as different domestic and international audiences parse and interpret every word – much like economists do to the Fed’s latest pronouncements. The stakes are high. Troubles remain in the relationship not just between China and the United States but also between China and key U.S. allies over territorial issues in the Pacific region, including Japan and the Philippines.

At home, Xi recently presided over a made-for-television military parade under blue skies achieved, in part, by his ability to order the closure of factories and cars off the streets of Beijing. Marking 70 years since the end of World War II, the event also showcased China’s economic and military recovery, and not too subtly spotlighted rival Japan’s wartime defeat.

China has also intervened dramatically in its tumbling stock markets and surprised the world with the devaluation of its currency, the yuan. Such dramatic – and poorly communicated – policy actions and interventions have contributed to growing wariness of China’s rise and its impact.

Addressing this uneasiness about China will remain a challenge for Xi as he travels from Seattle to Washington, D.C., and on to New York City, with scheduled visits to Boeing and Microsoft, as well as the White House and the United Nations. The Chinese leader will have his work cut out for him. He might well seek to emphasize the benefits of the U.S.-China business relationship and his vision of China as a responsible stakeholder in the world economy.

These numbers have remained fairly consistent in each Pew survey since 2013, with roughly half or more of those surveyed expressing a negative view of China. Prior to 2013, according to Pew, the most negative rating for China was 42% in 2008.

Economic issues remain very much at the forefront of Americans’ concerns and will likely loom as the U.S. presidential election campaign intensifies. Business executive Donald Trump has tweeted, “Markets are crashing – all caused by poor planning and allowing China and Asia to dictate the agenda.” Not to be outdone, then presidential candidate Governor Scott Walker said in August, “President Obama should focus on holding China accountable over its increasing attempts to undermine U.S. interests.”

Each has a point. Such statements likely resonate with an already very concerned U.S. public. Americans are worried about the amount of U.S. debt held by Beijing, the U.S.-China trade deficit, and the loss of American jobs to China. Roughly half or more of the American public say that all three of these economic issues are very serious problems.

The Pew data also makes it clear that it is more than these three economic issues that have Americans worried. Cyberattacks, human rights abuses, China’s impact on the environment and China’s growing military strength also trouble Americans.

America’s embrace of free speech will certainly ensure that these and other issues will be raised. If not by Xi or Obama in public or private, vocal critics or proponents of either leader will express their views during Xi’s visit. How Xi handles these criticisms and communicates amidst protests and media fanfare that would not be tolerated in the China will help shape perceptions of him and of China. The inevitable White House statement regarding “frank and open discussions” will likely follow.

Still, the Pew data indicates that there is opportunity to build on. Even though economic issues may drive how the American public views China, there is slightly less U.S. concern about China’s perceived economic threats than three years ago. Since 2012, according to Pew, the share of the U.S. public describing U.S. debt held by China as a problem has declined 11 percentage points. Views that expressed job losses caused by China and the trade deficit with China as problems also declined by 11 and 9 percentage points, respectively.

Negative views of China were also less predominant among America’s young people. 64% of Americans aged 50 and older hold a negative opinion of China, while just 39% of American under the age of 30 have this view, according to Pew.

Certainly no single trip by any Chinese president, no matter how powerful or dynamic, will change the U.S. public’s perceptions of China’s behavior and the challenge China’s rise might pose to America’s own economic future. Those effects are already being felt.

As China’s leader prepared to embark on his trip to the United States, Yellen signaled that the slowing, but still growing, Chinese economy was very much on the Fed’s minds.

CNN went so far as to tally up Yellen’s mentions of China (six times) and the word “global” (10 times) at her Thursday (Sept. 17) news conference when the Fed announced it would be leaving its benchmark interest rate at effectively 0%.

Notoriously cautious in its statements, the Fed now seemed to change tack. “Recent global economic and financial developments may restrain economic activity somewhat,” the official Fed statement said. “The situation abroad bears close watching,” Yellen added. What has long been evident to economists and business executives was made a little bit clearer in the Fed’s inaction and still somewhat opaque communications: the United States is no economic island unto itself.

Addressing U.S.-China differences will require both nations to do not just more communicating, but also more listening to the concerns of the other side. First up though, is Xi’s challenge in his visit to America. Informed actions can then follow.