Why the U.S. Shouldn’t Cede the Field of International Development to China 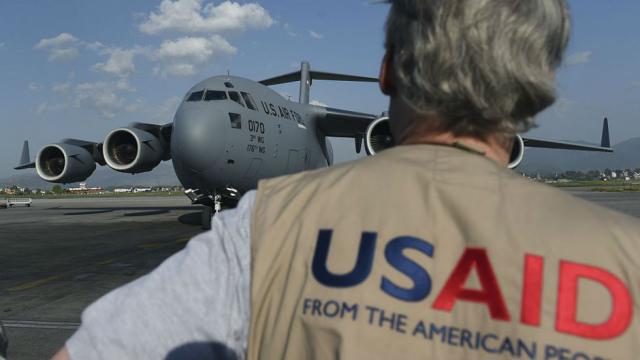 Just as President Donald Trump threatens to gut the State Department and Agency for International Development budgets for development and foreign aid, China has been stepping up its own international development promotion efforts. Chinese-led initiatives such as One Belt One Road (OBOR) and institutions like the Asian Infrastructure Investment Bank (AIIB) are key parts of China’s development-focused economic diplomacy. Doubling down on its core Peaceful Development foreign policy framework, China has increasingly emphasized how the benefits of a Chinese approach to economic development, especially one focused on funding and building transportation and energy infrastructure, can extend to a broad swath of countries and regions well beyond China’s own borders. Such regions more often than not overlap with what China considers its developing country, or South-South, partners (if not peers) in Africa, Latin America, Southeast Asia and beyond.

Given China’s increasingly proactive development-focused economic statecraft, it’s more important than ever that the United States, both the government and civil society, remain engaged not only on the specific question of international development assistance, but on the broader challenges of both economic opportunity and effective governance in countries and regions attracted to the appeal of China’s new developmentalist policies and approaches.

Understanding why the United States and China are going in such different directions with their foreign policy approaches to economic development begins with the concept, and practice, of development itself. In the post-WWII era, the idea of international development as it evolved in the United States, in multilateral institutions like the World Bank and in Transatlantic organizations like the OECD, tended to focus on the special economic (and political) challenges facing poorer countries in regions like Latin America, Africa and Asia. So in the United States, in US-led Bretton Woods institutions and among many European countries, the concept of development and its implications for foreign policy became closely associated with development “aid” and “assistance”. The OECD, what The Economist regularly refers to as a “club of mostly rich countries”, has played a prominent role through creating and maintaining standards for measuring and distributing what has become known as Overseas Development Assistance (ODA). Thus while research and policy about international development within the OECD countries and other organizations like the United Nations Development Program go well beyond aid per se, the conventional understanding of international development in the U.S. and Europe has come to center around how rich countries and institutions, mostly through non-commercial means, can help poorer countries become less poor.

In contrast, China’s own rapid economic growth over the last four decades, plus its more recent push to be seen as a champion of international development, have breathed new life, and much controversy, into what had been mostly American and European discussions* about how rich countries could help poor countries solve their development challenges. Even before it proposed the AIIB or OBOR, its rapidly growing trade, investment and financial ties in the 2000s to what China labeled as developing country (fazhanzhong guojia) regions like Africa and Latin America drew increasing attention from officials and academics inside and outside of China. Much of the controversy about China’s role in these regions, especially in Africa, has centered around whether China plays fair by established OECD standards for ODA. Chinese responses to such criticisms have largely been to argue that China’s approach to development, not just or even mostly “aid”, is different from and often superior to the standard Western approach.

A clear expression of the Chinese alternative has come in a recent book by Justin Yifu Lin, one of China’s most well-known economists. In an article summarizing the book’s argument, Lin and his coauthor, Yan Wang, “argue that official development aid (ODA) need not always be concessional, and make the case for going ‘beyond aid,’ toward a broader approach – like that taken by China – that includes trade and investment.” Thus according to Lin and Wang, China’s approach to international development “goes beyond aid” in that it primarily involves commercially-based, non-concessional lending and investment ties (such a portrayal conveniently sidesteps the Chinese state’s key role in the country’s international trade, investment and financial relations). In other words, by doing business (and not imposing political conditions like western donors), especially in Africa but also in other regions like Latin America, China argues that it is promoting development for the countries of those regions as well as for itself. Add on China’s high-profile promotion of development-focused initiatives and institutions like OBOR and AIIB and it appears that by Chinese understandings of development, there’s very little that China is doing, including almost all aspects of its domestic economic activity, that isn’t contributing to development.

Key to this alternative Chinese approach is the idea that for China, economic development and being a developing country isn’t something removed from its own experience, but rather is fundamental to China’s own history and identity. For China, development is the bread and butter of everyday economic activity and practically synonymous with the post-Mao era’s almost religious obsession over improved material living standards. This obviously stands in stark contrast to the U.S. and other western approaches that stress development as a feature, or challenge, specific to other, poorer countries and something that falls outside the category of normal business. In this sense, controversies over China’s approach to development “aid” are a red herring, because the more fundamental question is whether China’s all encompassing, everything-is-development, approach really offers a new and sustainable path to the economic prosperity and political stability that have been so elusive in many developing countries.

Therefore, China’s claims and efforts to promote international development must be understood in their entirety and complexity but also responded to in a spirit of constructive criticism.

There is great variation in China’s relations with developing countries in Africa, Latin America and Asia, but at the very least China’s ties to countries like Myanmar, South Sudan and Venezuela underscore that economic, political and security crises in their developing country partners can pose a significant challenge to Chinese interests. In this sense, China is beginning to learn what U.S. and other western development aid and assistance practitioners have long known, which is that there are few easy solutions to often long-standing and fundamental economic, social and political obstacles to good economic and political governance in certain countries. Yet far from backing down in the face of such challenges, China has given every indication that it will continue to press forward with development promotion policies and initiatives, especially those that promote the building and financing of infrastructure.

It is therefore imperative that the U.S. not abandon the field of international development out of the mistaken sense that this is somehow a marginal area removed from America’s core economic, political and security interests. It’s especially clear that focusing on the narrow field of ODA largely misses the larger challenge. If the U.S. cedes the field of development to China out of the narrow sense that development is “just” aid, this essentially amounts to ceding the entire field of economic opportunity, including trade, investment and finance, to China’s pro-active, state-led, developmentalist foreign economic policy. But abandoning the field of development would also have serious political and security ramifications, something America’s allies in Europe have been keen to point out as threats to cut America’s international development budget have become more real.

The idea that the U.S. should not cede the policy or rhetorical ground of international development to China does not necessarily mean that a confrontational or adversarial approach is necessary. In fact, multilateral efforts with European and Asian allies, potentially in cooperation with China, to addresses clear needs like infrastructure, would be one starting point. But if the U.S. government under the current administration is determined to hamstring itself by abandoning the field of international development, it is all the more important that civil society organizations fill in the gap to better understand and step up to the challenges as well as the opportunities presented by China’s all-development-all-the-time approach to foreign economic policy.

Trump and China PolicyOne Belt One RoadAIIBChina-US Relations
printTweet
You might also like
Back to Top
CHINA US Focus 2018 China-United States Exchange Foundation. All rights reserved. Disclaimer