Chinese President Xi Jinping’s state visit to the United States was not in the best of times in China-U.S. relationship. In past few months, suspicion of China’s peaceful development was hyped in the U.S., and undermined U.S. confidence in building the new type of relationship between major powers with China. Fortunately, Xi’s visit has provided a chance for the U.S. to get back on the right track. 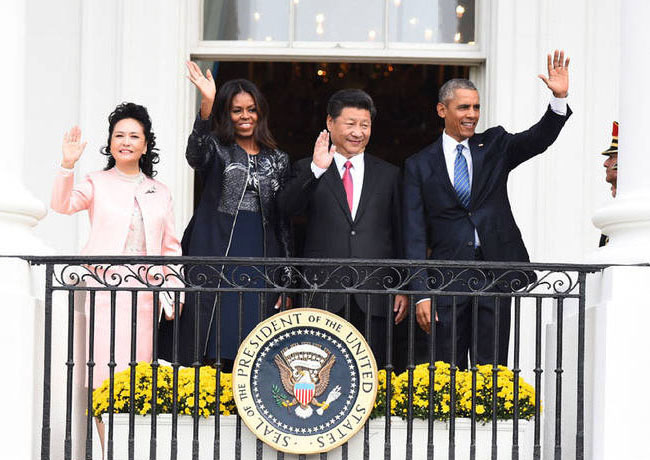 The state visit set the tone of the bilateral relationship. It was not the first time that China led the agenda setting. A couple of years ago, when the leaders from both countries held informal meetings at the Sunnylands estate in California, China proposed the idea of building a new type of relationship with the U.S. based on the principles of non-confrontation, non-conflict, mutual respect, cooperation and win-win. The idea was accepted by the U.S. side, but many there have not shaken off their skepticism. Recently, an increasing number of voices in the U.S. have been supporting hard-line policies towards China.

In this context, Xi made it clear to the U.S. leadership that the new type of relationship would always be an effective way to prevent the two countries from clashing. Confrontation and conflict would lead to a lose-lose situation. President Obama received this message from China. Both sides re-affirmed that they should work on the new type of relationship to escape the “Thucydides trap”.

The summit this time has also enriched the cooperation between China and the United States. The new type of relationship sets up the “bones” for bilateral ties, and cooperation plays the role of “flesh and blood”.

A new field has been explored for cooperation. Enterprises from China and the U.S. signed a framework agreement to build a high-speed rail line in the U.S. It was the first time that China’s export of related technology tapped markets in the U.S. At the same time, both China and the United States attached importance to lifting restrictions on exports and lowering barriers to investment. This move definitely will boost trade and investment from both sides and provide an opportunity for a range of enterprises, including those in the fields of clean energy, finance and manufacturing to exploit markets.

In addition, as two important players in the international arena, the cooperation of China and the United States produces more than mutual benefits. Providing more public goods for the international community has become an area to work on. Both countries released a renewed statement on climate-change, which was viewed as important, tangible cooperation between the two countries. The two expressed the willingness to enhance cooperation on global food security, public health and global health security, as well as humanitarian assistance and disaster response. The leaders also reiterated the importance of nuclear nonproliferation.

Xi’s visit was of great significance in strengthening mutual trust. It is unlikely for two major powers to totally see eye-to-eye with each other. What counts is how to manage disputes and address disagreements in a constructive way.

The cyber-security issue has been seen as one of the core problems between the two counties. Ahead of Xi’s visit, the U.S. president signaled a readiness to pursue sanctions against China over alleged “hacking of American companies”, which resulted in heated discussion in the U.S. and increasing criticism of China. Xi did not sidestep the problem but made efforts to reach consensus with his U.S. counterpart that both sides should respond to malicious cyber activities. Further, the United States and China have agreed to establish a high-level joint dialogue mechanism on fighting cybercrime and related issues. Progress in addressing cyber issue not only cooled down the tension, but more significantly, built up the confidence for both countries to manage disputes.

In broader perspective, China tried to assure the U.S. that it would not be a challenger. Xi has made it clear that China respects the traditional influence and practical interests of the United States in the Asia-Pacific, which means that China would not seek exclusive interests in the region. China also clarified its support to the existing world order.

However, China has its own concerns and appeals. During the talks, Xi warned the U.S. to stay away from the issues relating to China’s sovereignty and territorial integrity. This was helpful for preventing miscalculation and would save the bilateral relationship from potential damage.

Actually, the leaders from both countries have worked out that informal meetings are an effective way for communication. After the talks at Sunnylands and Yingtai, President Xi and President Obama took a walk to the dining venue from the White House’s West Wing, which was described as a “walk on an autumn evening”.

The future of the China-U.S. relationship is still full of uncertainties. Pessimism about the future of the relationship is hard to eliminate, and China-bashers will continue to press their arguments. President Xi’s visit is the starting point for both sides to promote mutual trust, concrete cooperation and communication, which will lead to a bright prospect of the bilateral relationship.