Xi’s Visit to the Philippines: Implications for China-Philippine Relations 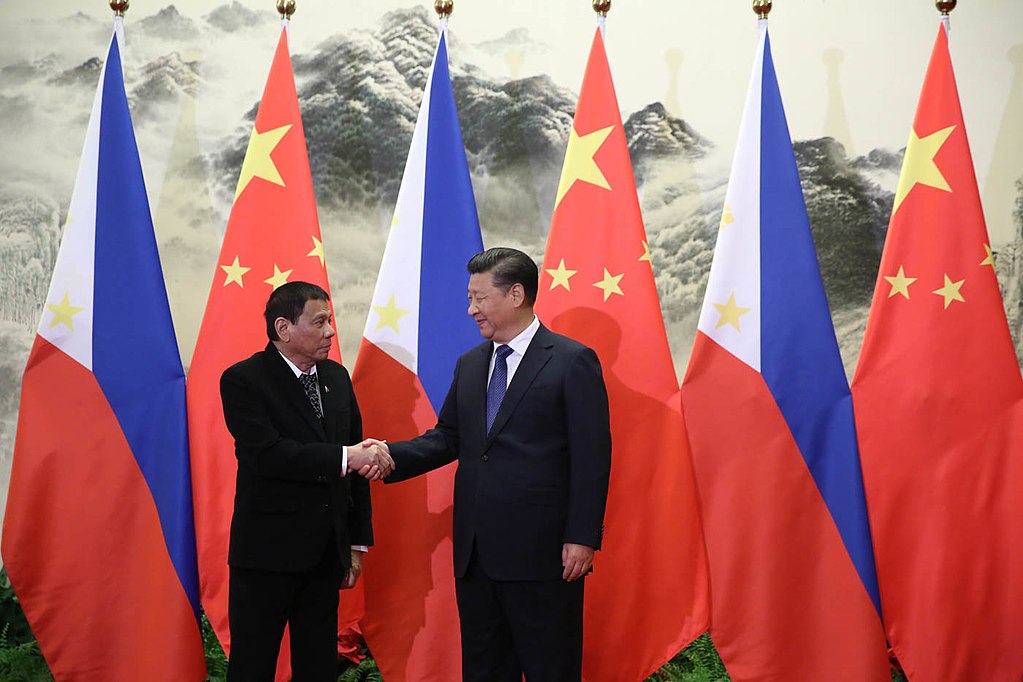 After participation in the 26th APEC Economic Leaders’ Meeting in Papua New Guinea and a state visit to Brunei, President Xi Jinping arrived in Manila on 20 November 2018 for a two day state visit to the Philippines. It was the first state visit by a Chinese President to the Philippines in 13 years. The visit is a milestone for China-Philippine relations. During Xi’s visit, both leaders decided to raise the bilateral relationship to one of comprehensive strategic cooperation, meanwhile they witnessed the signing of 29 co-operation documents. The South China Sea (SCS) issue undoubtedly attracted attention and the consensus reached and messages sent will impact their relevant maritime relations for the foreseeable future.

Bilateral relations and the SCS

The tone of bilateral relations set by the two heads of states give guidance for the relevant agencies in both countries to handle their SCS disputes in an amicable and cooperative way. President Xi stated during his visit that the goal of the trip was to elevate friendship and cooperation between the two countries.

The consensus to further promote good relations is stated in the Joint Statement issued at the end of President Xi’s visit. Both sides recognized that a “sound” bilateral relationship contributes to “the fundamental interests of the two peoples”. After two years of effort since President Rodrigo Duterte took office in 2016, China-Philippines relations have achieved a positive turnaround and a sound development momentum. China is now the Philippines’ largest trading partner, largest export market, and largest source of imports, and the second largest source of tourists. However, intensified efforts are required to accomplish meaningful gains from cooperation agreements. As President Xi noted, the fact that China and the Philippines face similar developmental challenges has made the two countries “natural partners with a common destiny.”

The SCS dispute is one of the key issues which could impact bilateral relations significantly. The 2016 SCS arbitration case which the former Aquino III administration invoked against China dragged China-Philippine relations to their lowest level. Though China believed that the Tribunal had no jurisdiction and declared it not to accept the award, the case continues to overshadow bilateral relations. It was expected that Xi would clarify China’s stand on the issue to the Filipino people during the visit.

Xi’s message on the SCS

The day before his trip to the Philippines, three Philippine newspapers published President Xi’s article entitled “Jointly Explore New Future for China-Philippine Relations”. In regard to the SCS, Xi wrote, relevant differences between the two countries need to be properly handled through friendly consultations, at the same time both countries need to enhance dialogue and co-operation on maritime issues in order to make the South China Sea a region of peace, friendship and co-operation to benefit the peoples of both countries. As neighboring countries in Asia, Xi further expounded, China will work together with the Philippines to build upon the Asian tradition of peace, credibility, and good neighborliness, and to further consolidate bilateral relations for a brighter future.

During the visit, Xi delivered his message of China’s friendship on three occasions—first on arrival at the Manila Airport, second at a meeting with Duterte and his key cabinet members, and third at their joint press conference. At the airport Xi stated that China and the Philippines are friendly neighbors, blood links, and cultural similarities, and a friendly neighborhood is the only correct choice for both countries. At the meeting with Duterte, Xi said that he was ready to work with his Filipino counterpart to “chart the course for the future development of our relations from a strategic perspective, deepen friendship and cooperation so that our two countries will always be good neighbors, good friends and good partners that enjoy common development and prosperity.” Regarding the SCS issue, Xi noted that both countries had a wide range of common interests and management through friendly consultation and promotion of practical cooperation at sea were conducive to regional peace and stability and the happiness of the peoples of the two countries. At the joint press conference, Xi emphasized his three messages. First, he and President Duterte had agreed to elevate the bilateral relationship into one of comprehensive, strategic cooperation. Such a vision not only charts a clear course for China-Philippines relations but also sends a strong message to the world that China and the Philippines are partners in seeking common development. Second, China and the Philippines will seek greater complementarity between China’s Belt and Road Initiative (BRI) and the Philippines’ development strategy and move forward cooperation around the three pillars of security, development, and people-to-people ties and then make it more comprehensive and balanced. Third, relating to the SCS, China and the Philippines have a lot of common interests. China will continue to work together with the Philippines to manage contentious issues and promote maritime cooperation through friendly consultation, and both countries will work alongside other ASEAN countries towards the conclusion of the Code of Conduct (COC) consultations based on consensus within three years in order to jointly contribute to peace, stability, and the welfare of the region.

Four points are laid out in the joint statement to elaborate on the China-Philippine relations over the SCS issue. They reaffirm the consensus reached by the two leaders as well as give guidance for developing their maritime relations in the future.

General principles are listed in Point 24 of the statement. First, the contentious SCS issues are not the sum total of China-Philippines bilateral relations and should not exclude mutually beneficial cooperation in other fields. Second, maintaining and promoting regional peace and stability, freedom of navigation in and over-flight above the SCS are important principles. Third, both sides will address their maritime disputes by peaceful means, without resorting to the threat or use of force, through friendly consultations and negotiations in accordance with universally recognized principles of international law, including the UN Charter and the 1982 UNCLOS.

Points 25 and 26 outline measures relating to dispute management. At the regional level, both sides will work together with other ASEAN Member States to fully and effectively implement the Declaration on the Conduct of Parties in the South China Sea (DOC). Meanwhile, they will maintain the positive momentum of the negotiations on the Single Draft COC Negotiating Text to adopt as soon as possible an effective COC acceptable to all members. Both countries agreed to exercise self-restraint in the conduct of activities in the SCS that would complicate or escalate disputes and affect peace and stability. Bilateral confidence-building measures are also emphasized by way of boosting use of the existing Bilateral Consultation Mechanism on the South China Sea (BCM) and the Maritime Co-operation Joint Committee (MCJC) between the two Coast Guards. They also agree to maximize and strengthen the on-going coast guard, defense, and military dialogue and liaison mechanisms, with a view to facilitating quick responses to situations such as natural disasters, accidents at sea, or possible incidents relating to law enforcement at sea.

Finally, Point 27 exhibits cautious efforts from both countries in expanding their co-operation at sea. They give positive acknowledgement to the signing of the Memorandum of Understanding (MOU) on Cooperation on Oil and Gas Development between the two governments. Such a MOU opens the door for both countries to discuss maritime cooperation, including maritime oil and gas exploration, sustainable use of mineral, energy, and other marine resources. The intention to explore other forms of maritime cooperation is also emphasized in the fields of safety of life at sea, marine environmental protection, and human resources development.

Look into the future

The SCS has become the thorny issue in China-Philippine relations since the 1980s. Furthermore, rather than resolve the problem, the 2016 arbitration case overshadowed relations. Xi’s visit leaves opportunities for China and the Philippines to explore and elevate their SCS relations.

Management of SCS relations is still the key. At the top leadership level, visits and communication are important to set the tone for better management of relevant issues. At the working level, efforts by all the mechanisms listed in Point 5, in particular the BCM and MCJC over the sea issues should also be intensified to promote understanding, timely response to problems, and explore areas of co-operation. The possibility of practical co-operation over marine resource development should also be explored, but a cautious step-by-step approach is to be taken, starting with less contentious issues and less sensitive geographic areas to build up confidence.

China-Philippines RelationsSouth China Sea
printTweet
You might also like
Back to Top
CHINA US Focus 2021 China-United States Exchange Foundation. All rights reserved.