A Guide to the South China Sea COC 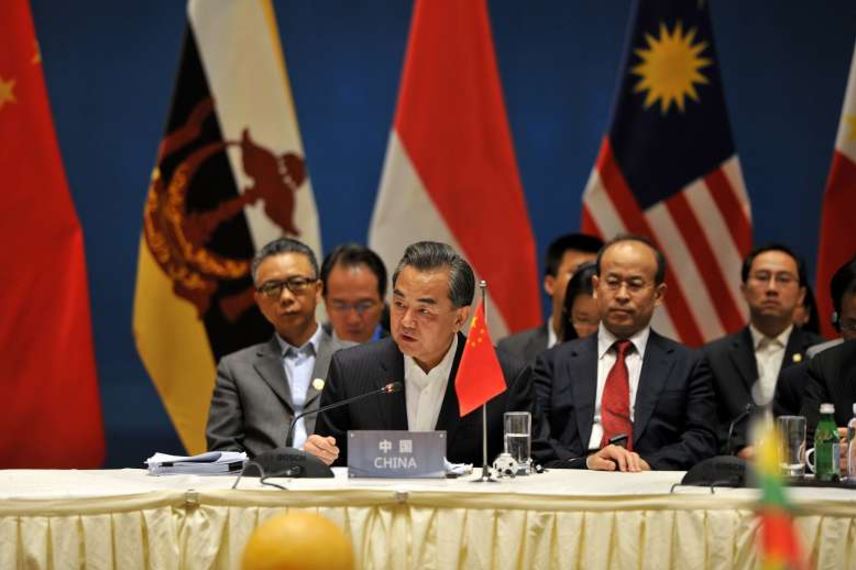 In September 2013, China and the ASEAN countries began negotiations to produce a code of conduct in the South China Sea (the COC). A COC framework text was signed in August 2017 and, if things go smoothly, their leaders will announce the formal launch of the substantive part of the COC consultation at their summit in November. This consultation will deal with certain “important and complex issues”. But what is the COC anyway, and when will it be realized?

The answer to the first question involves at least three things. Why is the COC necessary? What is the relationship between the COC and the DOC - the Declaration on the Code of Conduct of Parties in the South China Sea – which was concluded in 2002? And what is the nature of the COC?

To begin with, the COC is not a new concept manufactured because of recent tensions in the South China Sea. The ASEAN countries adopted a “South China Sea Declaration” as early as in July 1992 when their foreign ministers met and acted on a Philippine proposal for a “South China Sea code of conduct”.

The Chinese position from 1992 to 2000 was that such inter-governmental documents were adequate for guiding China and ASEAN countries in handling disputes on the South China Sea and that there was no need to devise new mechanisms. Yet from 2000 onward, the Chinese government agreed to set up a China-ASEAN working group for COC consultation in the long-term interests of stronger ties with ASEAN countries.

China worked vigorously with ASEAN countries on the COC. But parties disagreed on many things like the language, nature and geographical coverage of the document, joint military exercises, fishing activities in disputed waters. Finally, a compromise was reached in the 2002 signing of the now well-known DOC as a temporary substitute for the COC.

In July 2011, China and ASEAN reached the “Guideline for the Implementation of the DOC”. In September 2013, the joint working group for DOC implementation held consultations on the COC.

What is the relationship between the DOC and the COC? The DOC is the first political document signed by China and the ASEAN countries on the South China Sea. It’s an important milestone in the efforts to maintain peace and stability in the South China Sea and to control and manage possible crises in the region. The COC is an upgraded version of the DOC. They are closely related and must not be separated from one another. Article 10 of the DOC provides that concluding parties reaffirm their commitment to a COC aimed at furthering peace and stability in the region on the basis of consensus. In fact, China and the ASEAN countries are promoting COC consultation within the framework of comprehensively and effectively implementing the DOC and have used the same working team to achieve the purpose. The formulation of the COC, therefore, ought to take the DOC as its starting point and structural framework, while seeking the broadest possible consensus and accommodating all parties.

Finally, we come to the core question: the nature of COC. Is it, in essence, a political document similar to the DOC, or is it a legal instrument that is binding on the parties? ASEAN member countries remain divided on this question. If the COC at end of the day is not legally binding, it can only play a limited role in helping the ASEAN countries effectively manage disputes and crises in the South China Sea and fend off intervention by non-regional players. Certain ASEAN members, as we remember, have taken unilateral actions in violation of the DOC, reneging on their own commitments and undermining political trust with other countries, because they did not regard the document as legally binding.

At present, China holds an open attitude towards the COC, letting the consultation process take its own course. If China were to say that the COC shouldn’t be legally binding, that would not sit well with the ASEAN countries. Nor would it help China’s image. Certain countries are full of suspicions of China. In their view, China would hate a legally binding COC because it would constrain her actions in the South China Sea. It is still far too early for China to address the issue of whether the COC is a legally binding document or not, or what that would mean. What China needs to do now is demonstrate patience.

Vietnam wants the COC to be a strong legally binding instrument complete with a dispute-settlement mechanism. It wants to harm China’s efforts to protect its rights in the South China Sea. The Philippines received support in the arbitration case that the DOC was just a non-binding political document. This was interpreted as an encouragement to make the COC a legally binding, dispute-settlement mechanism. What can be said categorically is that neither the DOC nor a COC still under discussion can become a dispute-settlement mechanism that defines territorial sovereignty and maritime demarcation. They are designed to manage crises and collectively maintain peace and stability in the South China Sea by promoting mutual trust, preventing conflicts and building commonly accepted rules conducive to the eventual peaceful settlement of disputes. The Chinese government will continue to pursue the policy of “shelving the dispute and going for common development” and follow the “dual-track approach” in handling the South China Sea issue.

When will the COC be realized? The COC Framework adopted in August 2017 has nothing to do with specific negotiations on the “important and complex issues”. Nor does it provide any formal text of the COC. In the course of COC consultation a host of important and complex issues will be encountered, such as applicability of geographical areas and military activities, similar to those before the signing of the DOC. The COC consultation will be a gradual accumulation of consensus. At stake are the interests of different parties and the overall peace and stability in the region. Time and space is needed to address the issues. China’s negotiations on the COC cannot follow a set timetable as it can only proceed on the condition that there is basic stability and no major outside interference in the region. The United States, Japan, and Australia are not countries along the South China Sea. But they have misled the world with the false notion that China is impeding the COC negotiation process. Chinese Foreign Minister Wang Yi indicated clearly at the China-ASEAN Foreign Ministers Meeting in July 2016 that COC consultation could only make gradual progress with reasonable expectations, consensus-building, and freedom from unwarranted interference.

Some claimants, driven by selfish interests, were not enthusiastic for cooperation under the DOC framework. Some others, using the rotating ASEAN presidency, opted for a speedy conclusion of the COC by putting pressure on China and bringing in influence from the US, Japan, and other outside players. This is unwise, and will not enjoy popular support inside the region. It is imperative for all relevant parties to earnestly and comprehensively implement the cooperation projects under the DOC framework, promote development through cooperation, and create conditions favorable to the realization of the COC.

ASEANSouth China Sea
printTweet
You might also like
Back to Top
CHINA US Focus 2018 China-United States Exchange Foundation. All rights reserved. Disclaimer