This is a preliminary fulfilment of President Trump’s promises to increase defense spending, improve military readiness, and strengthen the armed forces. During the presidential campaign, Trump pledged to enlarge the military to “make America great again”. In the “America First Foreign Policy” on the White House website, “rebuilding the American military” is one of the top priorities of the new administration, so as to ensure U.S. “military dominance must be unquestioned”. In the policy document of “Making Our Military Strong Again”, the Trump administration promises to provide the military with “every asset at its disposal to defend America”, and not to “allow other nations to surpass our military capability”. At the meeting with the National Governors Association on February 27, President Trump mentioned that his first federal government budget would be a “strong” public safety and national security budget, including a historic increase in defense spending to rebuild the depleted military. In the FY2018 defense budget request, the base budget is $574.5 billion, exceeding the Budget Control Act of 2011 cap by $52 billion. Driven by the four objectives of “getting ready, balanced, bigger and more lethal”, rebuilding the U.S. armed forces takes three steps: the first step is the FY 2017 Request for Additional Appropriations, which sought an additional $30 billion to address an immediate lack of war-fighting readiness and to help fund the acceleration of the fight against the Islamic State of Iraq and Syria The second step is the FY 2018 budget request to continuing to rebuild war-fighting readiness and to restore program balance by fixing holes created by previous budget cuts. The third step will be the budget in FY 2019 and beyond. Guided by a new National Defense Strategy, the U.S. Department of Defense will continue rebuilding capacity and lethality across the Joint Force. 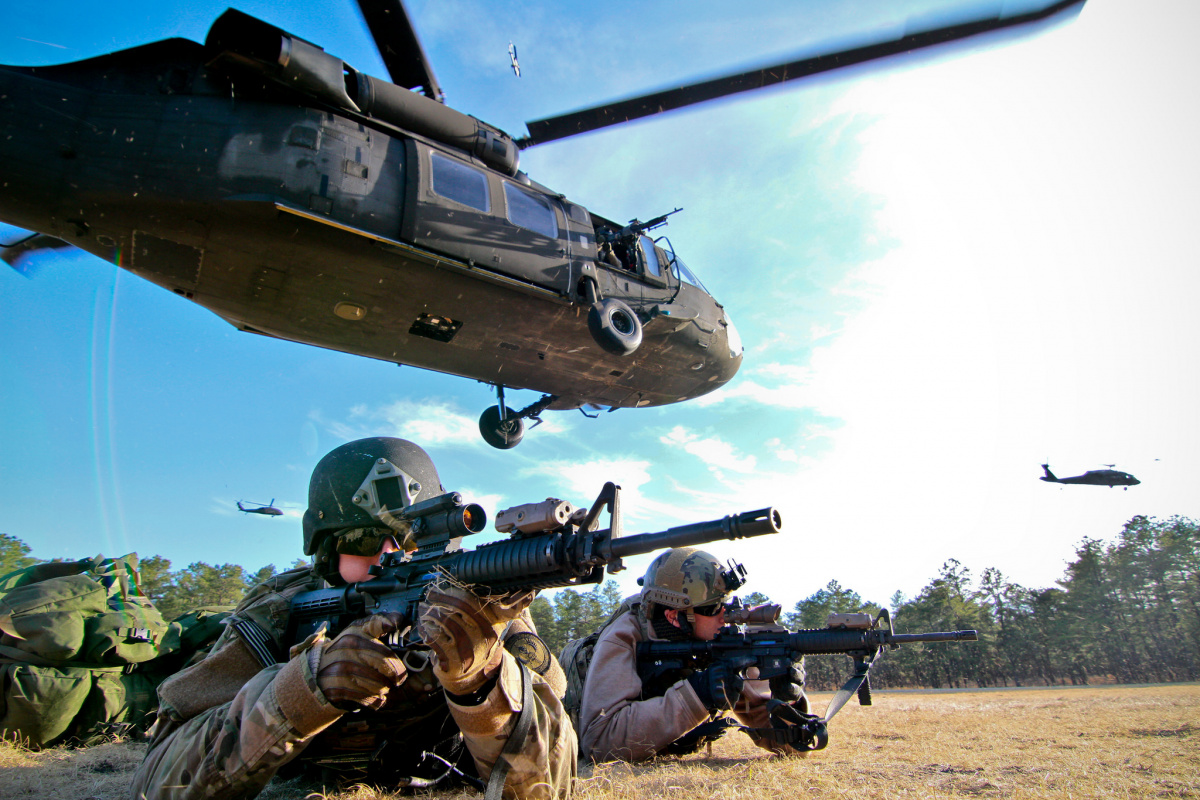 Trump’s first budget is also a basic accomplishment of the new administration’s assignment for the Pentagon to assess readiness and plan budgets. The Presidential Memorandum on Rebuilding the U.S. Armed Forces asked the Secretary of Defense to conduct a readiness review, develop a FY 2017 budget amendment, and draw up the FY 2018 budget request. Chapter 8 “Performance Improvement” of the Defense Budget Overview: United States Department of Defense Fiscal Year 2018 Budget Request provides a brief report on the DoD’s annual performance and progress towards achieving strategic objectives and performance goals in FY 2016 according to 53 performance measures. Particularly, it highlights the progress in building the force of the future, innovation and technological excellence, cyber security, and business operation efforts. As for planning for FY 2018, the budget request not only stresses improved readiness, care for service members and their families, organizational reform, overseas operations, and service building, but also pays attention to future power projection, nuclear modernization, missile defense, space capabilities, and cyberspace operations.

It also adds funding for previously budgeted projects. Since the new National Defense Strategy is still under development, the FY 2018 budget proposal has no strategic guidance and specific targets. The result is piecing together the unfinished “shopping lists” of different services and agencies. Thus the items mentioned in the press release are mostly old projects with additional funding, such as the F-35 Joint Strike Fighter, KC-46 Tanker, B-21 Bomber, Virginia Class Submarine, DDG-51 Destroyers and others. For institutional reform, the budget request is mainly an implementation of relevant articles in the FY 2017 National Defense Authorization Act signed by President Obama last December, such as elevating the Cyber Command, commencing a new round of Base Realignment and Closure, etc.

Finally, it is a “capability-oriented” defense budget. The FY 2017 defense budget request was formulated according to the security threats facing the United States. The DoD press release for the proposed FY 2017 budget listed counterterrorism, Russia, Asia-Pacific, Iran and cyber threats as the main strategic challenges and explained the budget requests accordingly. This year, it tries to balance between current operations and future needs. If the FY 2017 budget request is “threat-oriented”, then the FY 2018 one is “capability-oriented”. It completely conforms to President Trump’s administrative principle of “America First”.