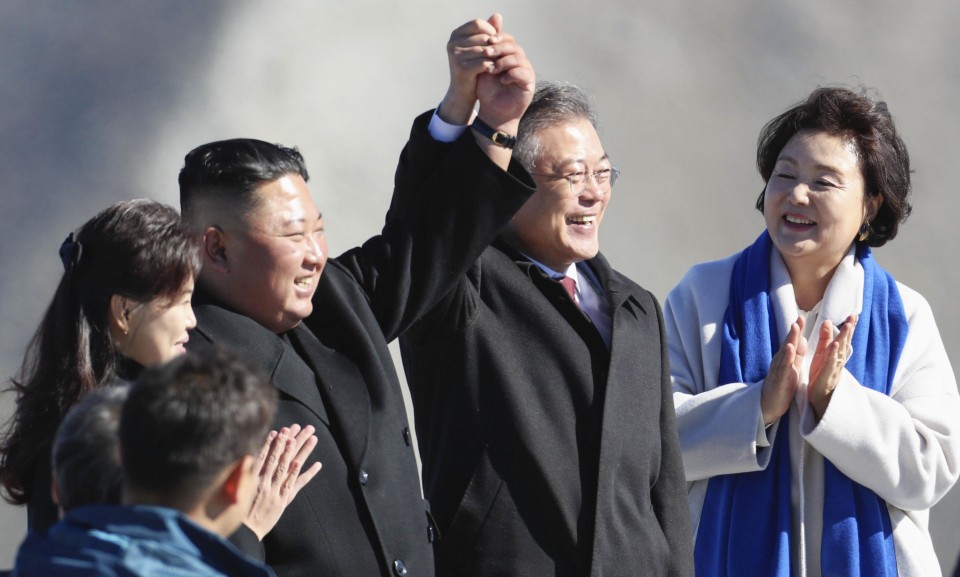 With the Pyeongchang Winter Olympics in 2018, bilateral relations between the two Koreas improved significantly, ushering in a long-overdue “Peninsula Spring.” But with the breakdown of the 2019 Hanoi summit between the Democratic People’s Republic of Korea and the United States, inter-Korean relations have regressed significantly and are still at a deep impasse.

Recently, President Moon Jae-in of the Republic of Korea has made successive speeches on the development of inter-Korean relations. On the occasion of the third anniversary of the Panmunjom Declaration for Peace, Prosperity and Unification of the Korean Peninsula on April 27, he said:

“The situation on the peninsula is more stable than ever, but the current peace situation has yet to be consolidated. Both sides should move toward irreversible and permanent peace based on the Panmunjom Declaration. The point in time when the Republic of Korea and the DPRK need to restart dialogue is approaching.”

Shortly afterward, on May 10, when the he delivered a speech on the occasion of his fourth anniversary in office, he emphasized: “The coming year will be a precious opportunity to achieve irreversible peace on the Korean Peninsula, and this is an important time to put long thinking into action.”

All this has made the world wonder whether inter-Korean relations will be able to recreate the peninsula spring of 2018. But for now, relations still face many challenges and difficulties. Achieving a breakthrough in relations requires the political wisdom and the tireless diplomatic efforts of all parties concerned.

First of all, DPRK-U.S. relations and the nuclear issue are still a core obstacle to the development of inter-Korean relations. At the beginning of the new year, the DPRK proposed to deal with its “biggest enemy” —  the U.S. — based on the principle of “turning hostile or friendly accordingly,” while the Biden administration responded with “a new strategy toward North Korea.” Thus a new round of competition between the DPRK and the U.S. officially began.

On April 30, the Biden administration disclosed the direction of its policy toward the DPRK, but did not talk about specific proposals. It will not use the Trump administration’s “grand bargain” or the Obama administration’s “strategic patience” approach but would rather use practical diplomatic means to achieve complete denuclearization of the Korean Peninsula.

The DPRK does not think this is a substantial change, and it warns that the U.S. will face an unbearable crisis in the near future if it continues to pursue its outdated old-school policies and deal with the DPRK-U.S. relations from the perspective and viewpoint of the Cold War era. Obviously, the mutual distrust between the U.S. and the DPRK is still deep-rooted, so it will be difficult to make a breakthrough in bilateral relations or the nuclear issue in the near future.

In addition, the Biden administration has raised the issue of human rights in the DPRK, which in the DPRK’s view is part of a hostile policy that will only further prompt the latter to promote nuclear containment. Therefore, if the nuclear issue is not resolved, or progress is not made in stages, the sanctions provisions in the UN Security Council resolution on the DPRK will not be relaxed and the DPRK’s expectation of restarting tourism in Geumgangsan and the Kaesong Industrial Complex will not be possible — not to mention large-scale economic cooperation with the DPRK by the ROK.

Second, the Moon Jae-in government may be unable to develop inter-Korean relations as it wishes. Since taking office in 2017, the administration has been actively pursuing the “Moon Jae-in Korean Peninsula policy,” which seeks to build a Korean Peninsula of “peaceful coexistence” and “common prosperity” toward peaceful reunification. But the journey has not been smooth.

It is first of all constrained by the U.S. In March of this year, the ROK and U.S. foreign ministers and defense ministers held “2+2” talks, stressing that the DPRK nuclear missile issue is the primary concern of the ROK-U.S. alliance and that the ROK and U.S. agreed to resolve all issues related to the peninsula within the framework of a fully coordinated strategy on the DPRK. In addition, the Republic of Korea is tied up in domestic affairs. It will hold a presidential election in 2022. The ruling party lost the April 7 by-elections for mayors of Seoul and Busan, which were described as a bellwether of the general election.

This is a wakeup call to the progressive camp that if they do not respond properly, the political scene will change in a year. Therefore, to ensure that the progressive camp remains in power, the remainder of the Moon term is likely to be focused on two major issues: ensuring that the COVID-19 pandemic is under control for reviving the economy, and improving unity within the party to consolidate its strength and stop the conservative camp from rising again.

Third, the pandemic has added to the uncertainty of restarting inter-Korean dialogue and cooperation. The active participation of the DPRK in the Pyeongchang Winter Olympics in 2018 became an important opportunity to improve inter-Korean relations.

The ROK government has also been actively seeking to renew the Peninsula Spring at the Tokyo Olympics to further promote reconciliation and cooperation and peace. However, on April 6 the DPRK announced that it would not participate in the Tokyo Olympics in July, saying it had to protect its athletes from the threat of COVID-19. On April 30, the DPRK informed the AFC that it would not participate in the second round of Asian qualifiers for the 2022 FIFA World Cup in the ROK in June. This threatens to derail the ROK’s efforts to break the stalemate in bilateral relations through sports exchanges.

This year is significant for the DPRK and the ROK, as it marks the 30th anniversary of both their membership in the United Nations and the signing of the Agreement on Reconciliation, Non-Aggression and Exchanges and Cooperation between South and North. In this important year, although bilateral relations yet face many difficulties, as long as the DPRK and the ROK understand and respect each other, it is possible to seize strategic opportunities to create a new phase of reconciliation and cooperation, and the re-emergence of the Peninsula Spring may be expected.