How to Relieve the Security Dilemma of Sino-US Technology Competition 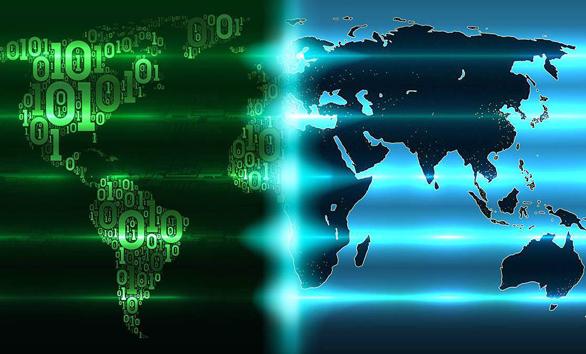 The cooling of the Sino-U.S. trade war has opened a window for the two countries to resolve problems in other fields. In addition to trade, technology competition is one of the prominent issues in Sino-U.S. relations.

Along with the trade war, the U.S. has adopted a series of measures to put pressure on China in the field of technology, including strengthening export controls on China, prosecuting Chinese technology companies and implementing stricter visa reviews for Chinese scientists. These measures have triggered fierce criticism in China and have raised concerns about the “decoupling” of the technology industries in China and the United States. Today, they have an opportunity to rethink this issue.

One of the characteristics of Sino-U.S. technology competition is that the two countries seem to be in a security dilemma — that is, the United States regards China's development as a threat, while China believes that it must accelerate its development in order to cope with potential U.S. suppression measures.

This security dilemma comes from the dual-use of today’s cutting-edge technology. For example, the U.S. military believes that artificial intelligence and quantum computing can be applied in both the commercial and military fields. The thinking goes that the acquisition of such technology from U.S. companies by other countries may pose a threat to the U.S. military superiority, and access by China will be particularly dangerous.

On the other hand, the U.S. government believes that China intends to compete with the United States for dominance in global technology. China’s Digital Silk Road and its overseas 5G project will challenge the U.S. government's global leadership and the monopoly of U.S. companies. With the expansion of China's digital map, the U.S. map is shrinking.

This security dilemma has hindered commercial cooperation between Chinese and American technology companies. If the trend continues for a long time, the international community will question the reliability of technological globalization, and the speed of global technology diffusion and commercial applications will be significantly slowed down.

Relieving the security dilemma requires a return to the source of the problem. Frontier technologies such as artificial intelligence and quantum computing are still in development, but military applications on the drawing board anticipate their use. The promotion of 5G and other technologies in developing countries may lead to competition among major powers, but it may also form a new big market and cooperation platform for China and the U.S. It remains possible for the two countries to resolve the security dilemma and make competition more benign.

This has no practical benefit and might expand the cognitive differences between the two countries’ scientific circles, which in turn leads to different values in technological development.

The United States should change this practice to avoid a situation where frictions in other fields affect exchanges between the scientific communities of the two countries. Exchanges can help reduce misunderstandings in policy, industrial development and technology applications, while reducing the impact of non-professional opinions on decision-making in both countries. With better communication, both parties also stand to gain opportunities for cooperation and to dilute the degree of competition.

Third, the Chinese and U.S. governments should promote the cooperation of technology companies as third parties. Both have a large number of technology giants with huge economic volume. Unlike the government, these companies do not engage in zero-sum thinking but accept the idea of inclusive growth — that is, technological progress promotes the division of labor in a country and brings a growing market.

The Chinese and U.S. governments should be aware that business and public welfare projects by companies are different from government-led public diplomacy and will not emphasize the strategic purpose of projects. The two governments can also encourage companies from both sides to cooperate in charitable projects in less developed countries and to play a more important role in the poverty reduction plans of United Nations.

Security CooperationInformation TechnologyU.S.-China Rivalry
printTweet
You might also like
Back to Top
CHINA US Focus 2022 China-United States Exchange Foundation. All rights reserved.