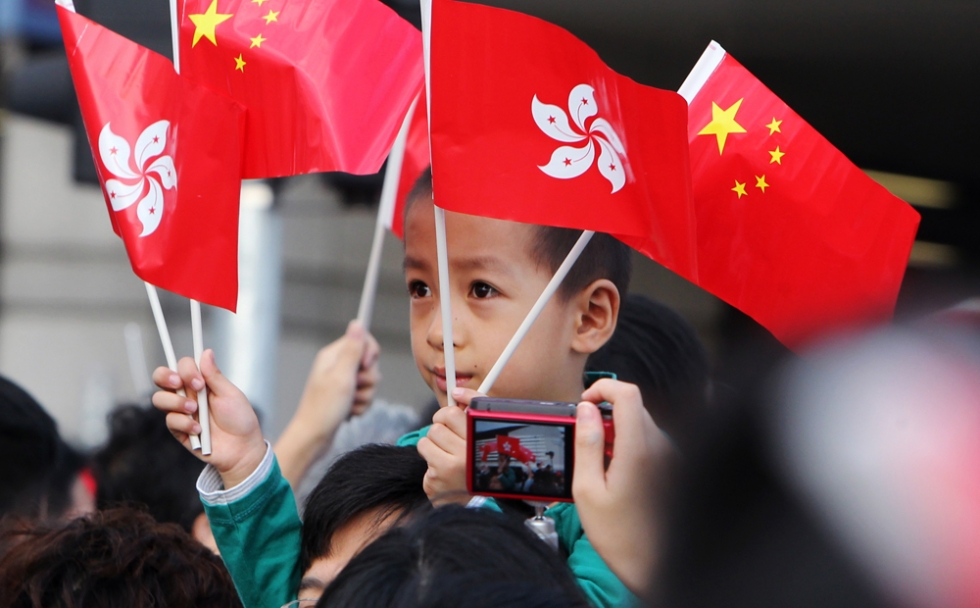 On May 28, 2020, U.S. Secretary of State Michael Pompeo submitted the 2020 Hong Kong Policy Act Report to Congress, as required under the Hong Kong Policy Act of 1992 and amended by the Hong Kong Human Rights and Democracy Act of 2019. As part of the submission process, the Secretary of State is required to annually certify whether Hong Kong continues to be sufficiently autonomous from Beijing’s political writ to warrant special and differential treatment under U.S. law. This certification stems from the “high degree of autonomy” promised in the Sino-British Joint Declaration of 1984 and the “one country, two systems” principle enshrined in the territory’s mini-constitution, the Basic Law, at the time of its reversion to Chinese rule in July 1997. On May 28th, Secretary of State Pompeo announced that he could no longer certify that Hong Kong was sufficiently autonomous to warrant such treatment. The next day, President Trump directed his administration to begin the process of eliminating the territory’s special and differential policy exemptions in U.S. law, ranging from the bilateral extradition treaty to export controls on dual-use technologies. The decertification was in response to the China National People’s Congress’ (NPC) decision on May 28th to draft and thereafter pass a national security law for Hong Kong that will prohibit acts of treason, secession, sedition, subversion, and foreign interference against the central government– itself a response to the territory’s failure to bring in such a law as required under Article 23 of the city’s Basic Law (the mini-constitution that governs the territory).

The U.S. State Department’s decertification is a wildly-over-the-top reaction, given that the specific contents of the central government’s national security law, its date of passage, and – most importantly –  its means of enforcement on the territory of Hong Kong are all ‘known unknowns’ at this point of time.

As per the ‘one country, two systems’ principle enshrined in the Basic Law, all functions except “those relating to defense and foreign affairs” as well as “other matters outside the limits of [Hong Kong’s] autonomy” are the preserve of the territory’s government. Reasonable people can argue whether the “maintenance of public order”, as enumerated in Article 14 of the Basic Law, falls within the exclusive jurisdiction of the Hong Kong government or is amenable to the central government’s concurrent exercise of authority when the breakdown of public order impinges on the state’s essential security interests. Averting the breakdown of public order resides, after all, at the heart of a federal or central government’s interests and duties – even if maintenance of law and order is typically listed as a state or local right. And there is precedent for such an opinion. In Russia v. Ukraine (April 2019), an arbitral panel constituted under the World Trade Organization’s (WTO) dispute settlement system had ruled that “maintenance of law and public order internally” was a quintessential function of the state that impinged on the state’s “essential security interests.” Equally, reasonable people can argue whether the local presence of the central government’s national security organs, including intelligence agencies, on Hong Kong’s soil exceeds the central government’s “defense and foreign affairs” remit enshrined in the Basic Law. It could well be the case. On the other hand, the U.S. State Department itself considers intelligence gathering activities as a sub-set of “military activities”, insofar as its engagement with the provisions of the Law of the Sea Convention is concerned. And as is well known, the Chinese People’s Liberation Army is already garrisoned on the territory.

What is not debatable however is whether a narrow ‘public order’-related exercise of concurrent jurisdiction and potential skeletal presence of national security organs on Hong Kong’s soil amounts to an overturning and end of the territory’s “high degree of autonomy”. It most unequivocally does not. Hong Kong’s current social and economic systems, including its cherished freedoms of speech, assembly, association, travel, movement, occupational choices and religious beliefs, as outlined by the Sino-British Joint Declaration of 1984, will continue to remain substantially intact and subject to final adjudication in the territory’s court system. Only to the extent that such freedoms are abused on Hong Kong soil in a manner that endangers national sovereignty and security, challenges the power of the central government and the authority of the Basic Law, or conducts acts of infiltration and sabotage against the mainland, will they likely cross the central government’s ‘red-lines’ in this new national security law.

An equally questionable feature of the U.S. State Department’s 2020 Hong Kong Policy Act Report is its problematic understanding of how ‘one country, two systems’ is lived and practiced within the Hong Kong court system. This is particularly the case in instances that constitutionally concern central government-Hong Kong Special Administrative Region (HKSAR) relations.

In the U.S.’ view, in cases concerning Hong Kong-mainland relations that come under the jurisdiction of the Basic Law, Beijing should not enjoy the exclusive power of judicial interpretation. Principles of autonomy dictate that the long-established practice of Hong Kong courts exercising the power of interpretation to adjudicate laws and review government actions must be upheld. This U.S. view of local power of judicial interpretation, review and invalidation is erroneous. While such power is indeed vested in the territory’s courts when called on to adjudicate local laws’ compliance with the Basic Law (as the territory’s Court of Appeal has also recently affirmed), this is most certainly not the case in instances that fall within the constitutional purview of Beijing-Hong Kong relations. In such cases, Beijing does enjoy definitive power of interpretation under the Basic Law, requiring Hong Kong’s courts to seek an interpretation of the relevant provisions from the National People’s Congress Standing Committee (NPCSC) through the territory’s Court of Final Appeal. Furthermore, Hong Kong courts, when applying these provisions locally, are “under a duty to follow” the interpretation laid down by the National People’s Congress Standing Committee. At the end of the day, the NPCSC enjoys “general and free-standing power” to interpret the Basic Law insofar as the relationship between the central authorities and the Hong Kong region is concerned, and the territory’s courts are duty-bound to follow this lead during the course of judicial review. This is settled law. The U.S. State Department’s defective interpretation in this regard begs the question thereupon as to how well it grasps – and does not grasp – the foundational pillars of law that reside at the heart of the “one country, two systems” principle.

The Trump Administration’s 2020 Hong Kong Policy Act Report and its decertification of Hong Kong’s autonomous status comes at a critical juncture in the territory’s post-Handover history. In September 2020, a potentially landmark Legislative Council of Hong Kong (LegCo) election is due to be held, which could witness the opposition ‘pro-democracy’ forces occupying the Treasury bench for the first time since Hong Kong’s reversion to Chinese rule. In advance of the election (and while its supporters still enjoy a working majority in the LegCo), Beijing appears determined to apply its national security scalpel to plug the territory’s security and intelligence gaps. Hong Kong, meanwhile, remains weighed down by frustrations related to its perennial housing woes (not to mention the botched attempt to pass a fugitives law), which has been commandeered by a narrow minority bent on pushing their self-determination agenda. And a local version of fulfilling Article 23’s promise of a national security law as well as Articles 45 and 68’s goal of ‘ultimate universal suffrage’ appear no closer to realization. The U.S. hammer blow of decertification and elimination of Hong Kong’s special policy exemptions in U.S. law (primarily in a bid to spite China) has the potential in this combustive mix to scatter the disparate political pieces even further to the detriment of all.

Hopefully, when a new administration assumes office in January 2021, it will undertake a nuanced review of the by-then promulgated national security law and arrive at a more considered decision on Hong Kong’s substantially autonomous status in its 2021 Hong Kong Policy Act Report.