Recent downing of a Russian fighter by Turkey’s Air Force caused not only a new tussle in Russian-Turkish relations but also adds fuel to the burning flames in the Middle East conundrum that sucks in both global and regional powers in different alignments in trying to shape the future of that troubled region. 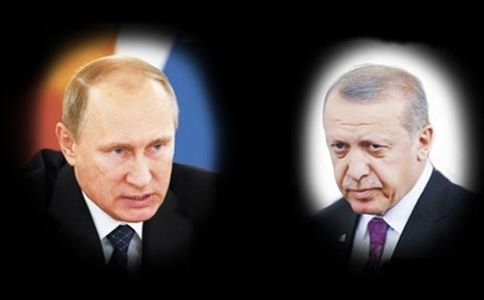 Historically, the Middle East is the converging point and playground of big-power rivalry, which through centuries has left many scars of cross-boundary strife. “The Arab Spring” and the geo-strategic vacuum created by the Retrenchment of the United States Foreign Policy in the last few years has thrown the region to the terrorist organizations like Islamic State (IS) and led to disintegration of political and social governance structures of quite a few countries such as Syria, Iraq, Libya and Yemen. With recent Russian airstrikes at IS going strong in Syria, Russia-US rivalry in the region has intensified, creating two parallel alignments with Russia, Iran, Iraq and Syria (G4) on the one side and the US, Saudi Arabia, Qatar and other Gulf countries on the other, vying for control of regional affairs.

What will be the possible outcome of this fluid geo-political entanglement now engulfing the whole region? Some careful and cool-headed analysis is needed to shed some light on it.

For Russia, the Middle East has always been one of its strongholds in global power reaches until the years right after the disintegration of the former USSR when its economy was in tatters and its foreign policy almost non-existent. Faced with sanctions and mounting strategic pressure from the US, NATO and European Union, President Putin pulled a “rabbit out of a hat” by deploying air forces in Syria and started a campaign of strikes at IS with visible success. In so doing, Russia not only safeguarded its interests in Syria and by extension in the region, but also forced the hands of the US in shifting the focus of attention from Ukraine to the Middle East, gaining high moral ground in the process with a smart move on the global chessboard. Another factor that should be taken into account as we look deeper into the geo-economic tug-of-war in the region is definitely the plummeting petroleum price of the last two years that dipped below the benchmark of $40 per barrel lately. In 2014 Russia produced 534 million tons of oil and exported 386 million tons. Its revenues are highly dependent on oil sales and with the fast sliding oil price, Russia has been between a rock and a hard place for some time. It has to fracture OPEC, led by the Saudis, and force the reverse of oil-price trends by further stirring the boiling conundrum of the Middle East. Russia knows clearly that it has to tough it out with economic losses to gain strategic advantages.

Saudi Arabia is the biggest oil exporter with over 400 million tons of petroleum export in 2014, and it is determined to hold out despite the growing deficit caused by the falling oil price. Some experts predict that should this trend continue, Saudi Arabia will deplete its foreign exchange reserve in five years. Certainly there is much more at stake here than simply oil income.

For the United States, the Obama Administration has been in a retrenchment mode in its external military involvements ever since he took office in 2009. It is debatable whether that retrenchment has been a result of isolationism now prevailing in America or simply produced by war-fatigue over the last 15 years since Washington started “the Global War on Terror”. Most people would agree that it is the former because the American people are really tired of the US being the “world policeman” with great losses of lives and huge burdens of military expenditure. As the US goes into a presidential election cycle again, the mood turns more “isolation blue” with each passing day. The high rating Mr. Trump gets is yet another telling sign.

The dilemma for the US is that it cannot ignore what is happening in Syria and in the region as a whole as Russia moves boldly into Syria. With strenuous efforts and great fanfare, the US has concluded the “6+1” negotiation on the Iranian nuclear deal, thus defusing the simmering nuclear threat from its longtime rival Iran. Yet the deal has touched raw nerves of American allies, in particular Israel and Saudi Arabia who suspect a weakening of the American commitment to its alliances in the region. If the US sits idle while the Syrian situation evolves in a direction favorable to Russia and Iran, the trouble spots would likely boil over into other places. On the other hand, should the US respond in kind and move right back into the region militarily, it could possibly hinder its strategic shift to Asia and scuttle its retrenchment efforts in external military involvements.

The US core interests in the region concern the security of Israel and the control of oil even though the importance of the latter is decreasing as the US gets less dependent on imports of Middle East oil. Three core interests require the US to pursue the following key objectives, namely removing Assad but avoiding “boots on the ground”, keeping control of oil price by maintaining the strong dollar and continuing “retreating from the region” to ensure its strategic shift to Asia-Pacific. In this sense, the American management of Middle East is no doubt of greater significance than just launching airstrikes at IS.

Therefore even though the United Nations Security Council recently passed a resolution initiating peace process in Syria, it will be fraught with difficulties and uncertainties as more and more global and regional powers get deeply involved in the Middle East conundrum. This may be a bit sharp in its prediction, but the history and reality of the region is so complex that it defies any quick solution.

For Turkey, a NATO member, Russian moves in Syria hurt its strategic interests in the region, especially in Iraq and Syria. It has regional ambitions in addition to its aspiration to represent Turkish-speaking people as a whole. Its downing of the Russian fighter plane put itself into a corner and added salt to the historical wounds it has with Russia, something Russia will not easily forget and forgive. Turkey is heavily invested in regional rivalry and is getting restless as its troops moved into Iraq and has to move out later under pressure.

No matter what, Russian relations with NATO have tensed up as a result and it is still not clear how it will react to such an insult. The Middle East conundrum is almost boiling over and the international community needs to pay closer attention to it.