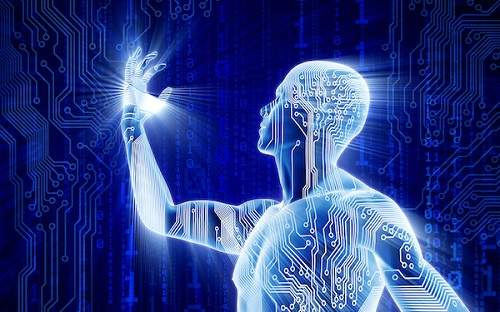 In 2010, based on the consensus of the second round of the China-U.S. S&E Dialogue, the two countries established the China-US Innovation Dialogue. This was a bilateral mechanism in the fields of innovation, technology and industry that was created in hope of promoting deep cooperation and mitigating potential risks in competition. The mechanism was far-sighted but did not achieve the desired results.

In 2020, science and technology relations will reach another critical point. In recent years, the contradictions and differences between the two countries in this field have risen significantly. The United States regards the rise of Chinese technology as a threat and is setting obstacles to the free flow of technology, data, capital, markets and talent between the two countries through legislation and executive orders.

Some scholars worry that China and the United States may decouple in the technology arena in the next 10 years. The technology industry chain of the two sides will be broken and replaced by incompatible technology standards, products and services.

The concept of decoupling runs counter to the original intent of the countries to establish an innovative dialogue mechanism. Ten years ago, their expectations for scientific and technological cooperation were too optimistic. They believed that they could take the lead in establishing an equal and mutually open technology market before the free trade negotiations. This judgment overestimates the role of business factors in technology. The willingness of the business community to cooperate ultimately lost out to the security concerns of U.S. military and intelligence agencies.

Today, decoupling may also be an overly pessimistic expectation of technological competition between the two countries. Supporters of decoupling believe security concerns will be the overriding factor. In order to ensure absolute security, China and the U.S. will reduce their dependence on each other and strengthen control over their own ecology.

Due to the rapid progress of science, predictions tend to be biased. A common misconception is that scientific and technological development can exceed the level of social development at the same time. This has generated expectations that are too optimistic about scientific progress. Another misconception is that the security problems caused by technology are difficult to solve through self-correction. These problems will continue to expand and eventually get out of control.
All this has created panic about technological progress. Historical trends are modest. Technology development cannot go beyond reality, and any problems that arise are generally to be solved by technological means.

In the next 10 years, three macro backgrounds affecting China-U.S. science and technology relations are predictable.

First, scientific and technological progress with information technology at its core will maintain rapid development. Relying on advanced semiconductor materials and designs, the cost of computing power will continue to decrease according to Moore’s Law, and unit costs may fall to less than 7 percent today by 2030. This means that the cost of information services and electronics is continuing to fall. The penetration rate of these products and services in lagging countries will be close to that of developed countries. This growing market demand will prompt industries in various countries to continue to prioritize development and control costs. Political and security factors are not the priority of the industry.

Second, the international community’s concerns about science and technology security will continue to rise. The penetration of information technology in society will cause concerns in government, society and academia, which means that the social rules and ethical standards based on the industrial revolution will no longer work.

The existing legal system cannot solve the problems caused by the substitution of machines for human decision-making or the large-scale reproduction of personal behavior. Today, not only the U.S. and China, but more developing countries are beginning to realize this problem and are beginning to impose restrictions on the application of some information technologies. This trend will continue in the next 10 years.

Third is that only a few platforms and standards can win in international market competition. Decoupling is actually a normal state in the technology market. Every enterprise hopes to establish its own leading technology ecology and obtain maximum profits. In 2010, Microsoft launched its own mobile phone operating system, trying to compete with Apple and Google. But this attempt was declared unsuccessful four years later.

The technology market naturally excludes systemic, ecological, or technological routes that run counter to efficiency and convenience. If the new system cannot prove its technical and functional excellence, it will be difficult to compete with existing systems with lower development costs. Once decoupling fails, it will bring huge losses to the countries or enterprises that actively choose to decouple.

Based on such speculations, we still cannot determine whether Sino-U.S. science and technology relations have entered a state that will result in complete decoupling 10 years from now.

Perhaps companies from both countries can find solutions to current security concerns from a technical perspective. Perhaps decoupling will only occur on a small level and scope. Perhaps social concerns have prompted the scientific and technological community to adjust the direction of progress, resulting in the avoidance of some of the worst scenarios. These assumptions are also possibilities that China and the United States need to consider.

Sino-U.S. competition in science and technology is not only a matter of competition between the two countries but will also have a huge impact on the world. And the impact is two-way.
If international governance of technical issues is effective, the current concerns of China and the United States can be resolved by the international community. To avoid the huge cost of decoupling, this should be the direction that they need to work together on in the next decade.