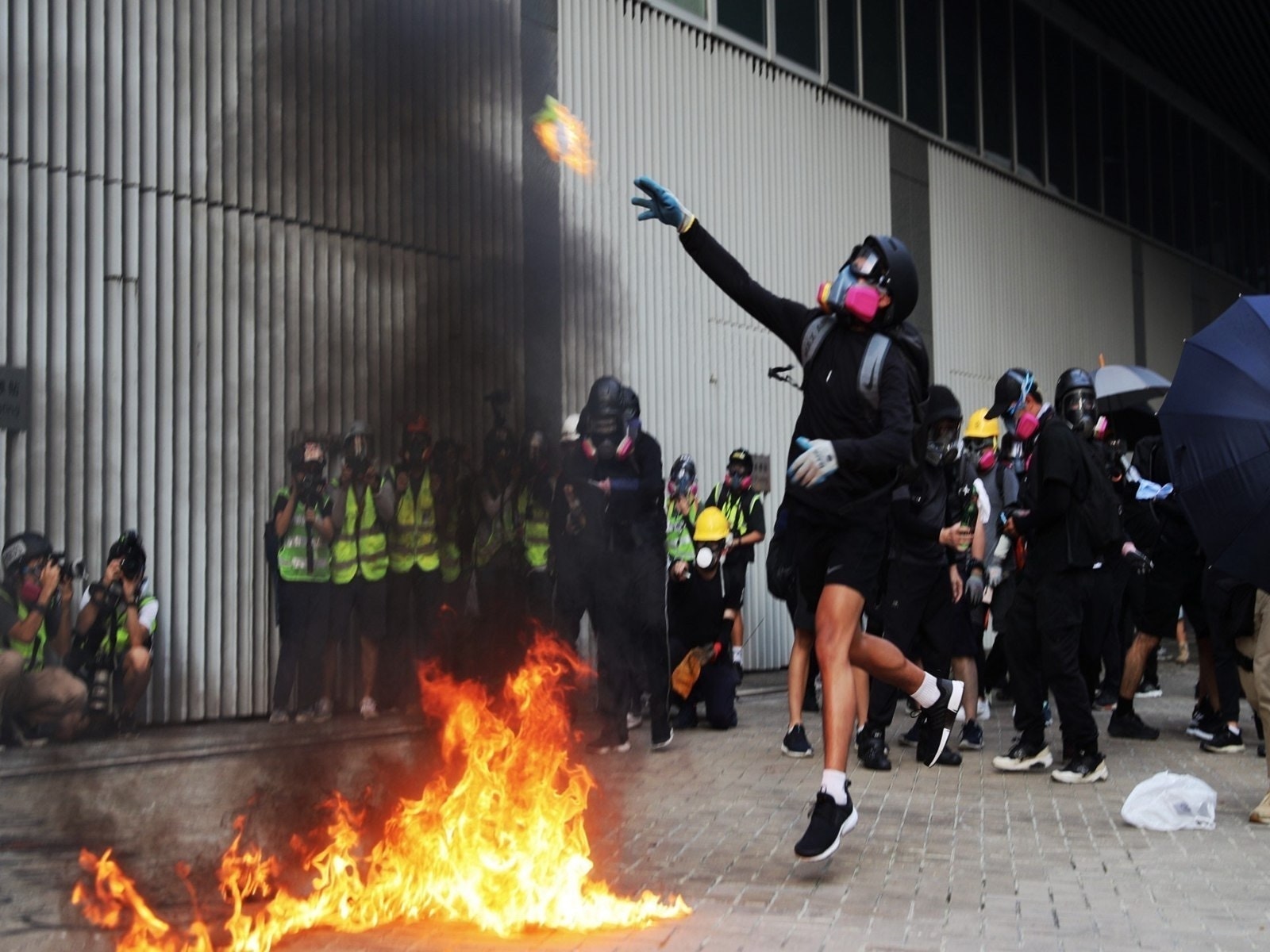 The United States Congress recently passed the Hong Kong Human Rights and Democracy Act of 2019, and President Donald Trump signed it into law. It is a major de facto amendment of the United States-Hong Kong Policy Act of 1992 and the first U.S. domestic law concerning the region since Hong Kong’s return to China.

When the earlier act took effect, Hong Kong was still under British colonial rule, and so the Chinese government was not in a position to make its positions public. Since the region’s return to China in 1997, however, the government has repeatedly stated its firm opposition to outside forces colluding with the opposition in Hong Kong, or making unwanted comments about Hong Kong affairs. The government’s position is that such comments constitute interference in China’s internal affairs.

Nevertheless, some members of the U.S. Congress have been pushing since 2014 for the Hong Kong Human Rights and Democracy Act, which has the effect of amending the Policy Act of 19924, in blatant disregard of China’s stated position.

In 2014, the Occupy Central movement was rejected by the majority of Hong Kong residents, a fact conveniently ignored by Congress. Since then, every congress has put forward the same bill, but invariably it failed to reach the desk of the president.

This time was different. The bill was on a “green light” streak. It was re-introduced in mid-June, then passed by the House of Representatives in mid-October and adopted by the Senate on Nov. 19. A vote on the House floor followed, culminating in bicameral approval that paves the way for presidential signing.

What is the purpose behind the rushed passage of the Hong Kong Human Rights and Democracy Act of 2019, especially against the backdrop of fierce opposition from the Chinese government? Is it really out of concern for the unfolding developments in Hong Kong?

The act claims that it aims to protect human rights and Hong Kong’s high degree of autonomy, and requires sanctions against those who violate human rights in the special administrative region. However, the truth is that Hong Kong people have been guaranteed a high degree of autonomy under the principle of “Hong Kong people governing Hong Kong” in accordance with the Basic Law over the past 22 years since the return to China. In addition to the Basic Law, the Bill of Rights Ordinance and the International Covenant on Civil and Political Rights are also applicable in Hong Kong.

Since the Hong Kong Human Rights and Democracy Act was brought forward six months ago, more than 700 demonstrations, protests and rallies have been held, many of which turned violent and unlawful, but not to the degree of a humanitarian crisis. The Hong Kong police have been practicing restraint, sometimes to a fault.

If the U.S. Congress genuinely stands with Hong Kong as it claims, it should contribute to preserving law and order, rather than glorifying the radical violence of the demonstrators and pushing forward this act in blatant disregard of the interests of the Hong Kong community as a whole.

For the sake of argument, the U.S. doesn’t need any new law to sanction so-called violators of human rights in Hong Kong, as it already has an applicable law in place — the Global Magnitsky Human Rights Accountability Act, which passed in 2016. It negates any need for a new law specific to Hong Kong.

All things considered, the fast-tracking of the bill only reveals an intent to help President Trummp in the upcoming presidential election, and to gain leverage in the China-U.S. trade negotiations, reducing Hong Kong to a bargaining chip. The Hong Kong SAR government has expressed indignation and firm opposition toward the bill. The central government has also condemned the bill and vowed resolute countermeasures in the face of persistent U.S. provocations.

The act is a disservice to Hong Kong, to the U.S., to China-US relations and to the international community at large.

For Hong Kong, passage of the act at a time when the city is in the thick of combating violence and chaos lends implicit support to the opposition forces. Some violent demonstrators may even take it as support for their unlawful behavior and feel emboldened to up the ante, compounding the efforts to quell the chaos and restore order.

Hong Kong is a key trading partner and the ninth-largest export market, third-largest wine export destination and sixth-largest agricultural produce export destination for the U.S. By latest count, there are 1,344 U.S. companies employing 85,000 Americans operating in the city, 278 of which are regional headquarters. In 2019, 34 percent of the business startups in Hong Kong were came from the outside, the majority of them from the United States.

The act is a Sword of Damocles for Hong Kong. With such a law in the background, investor confidence will be dampened and American companies that leverage Hong Kong as a gateway to business opportunities in the mainland will bear the brunt.

For the international community, Hong Kong has much to offer as a good business destination, with its simple tax system, low tax rate, unfettered flow of information, vantage point location and independent tax jurisdiction. The independence of Hong Kong is valuable, and its loss will be baneful for the business community.

Human rights and democracy in Hong Kong should be guaranteed by law, but this is the responsibility of the Hong Kong SAR government. The interests of all investors around the world should be protected, and Hong Kong’s unique advantages should be preserved through stability and prosperity.