Two Revelations from Political Shake-ups in Algeria and Sudan 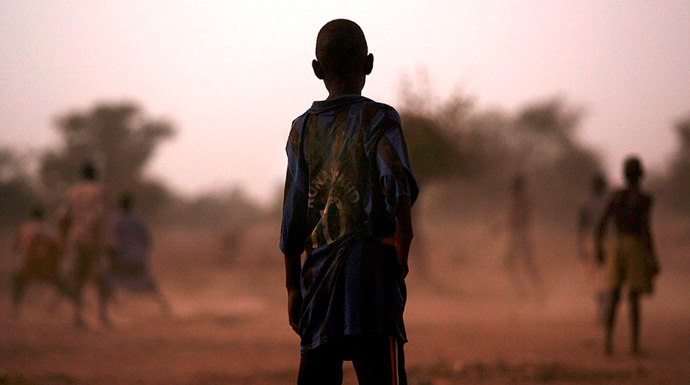 In April 2019, two political shake-ups took place within ten days in North Africa: Algeria and Sudan both saw the fall of longtime leaders. The Algerian military forced out President Abdelaziz Bouteflika, who had been in power for twenty years, followed by the Sudanese military arresting President Omar al-Bashir, putting an end to his thirty-year rule. The two incidents followed a similar course of development: both had started with sustained protests, demonstrations and sit-ins; continuously increasing pressure then forced the military to take sides and abandon the president who had become the main target of popular grievances.

The first revelation shows the crucial role of the military in the social and political transition of Arab countries. The Algerian and Sudanese political shake-ups naturally remind people of the Arab Spring that started in Tunisia in 2011 and then spilled into Egypt, Libya, Yemen, and Syria like the dominos. Bouteflika and al-Bashir barely survived the Arab Spring eight years ago and now had to bow out of politics in gloom. Like their peers in Tunisia and Egypt, they were ‘terminated’ by the military that they had controlled and relied on for decades. As a matter of fact, in the Arab countries of the Middle East and North Africa, the military has always been an important force influencing or even dominating social and political development. The regimes in Egypt, Libya, Syria, Yemen, Iraq and Algeria had all been established by military officers through a coup in the process of or after national independence and revolution. In the democratization process after the Cold War, military strongmen in some countries had taken off their military uniforms, become popularly elected presidents, while still promoting former subordinates to leading military positions to consolidate the foundations of their rule. However, in the face of the irresistible force of popular protests, different opinions and divisions always occur within the ruling clique. When angry Algerians became tired of Bouteflika, who was of an advanced age, had suffered a full stroke and still wanted another term, the military, to safeguard its own interests, forced him out and stabilized the situation. Similarly, when the Sudanese people, who had protested for nearly four months, changed their demand from ‘bread’ to ‘al-Bashir out’ and the society was almost out of control, the Sudanese military had to oust the president to protect its own interest.

The second revelation demonstrates that economic development and betterment of people’s livelihood are the very foundations for political stability and the most challenging task of governance. Though escaping the Arab Spring by a fluke eight years ago, neither Algeria nor Sudan had done well in economic development in the years that followed, and both had lost important sources of foreign exchange due to the falling international oil price. In Algeria, a third of young people under 30 are unemployed. Protesters demanded opening up and diversification of the economy to reduce reliance on oil and gas. The Sudanese protests were directly triggered by rising bread prices and insecure livelihoods. Hence economic development is of paramount significance for social stability. Regime change and ousting leaders is relatively easy and may occur even overnight. But economic development must be a long and persistent process. In the path to democracy and development, if the results of development do not become available in a short time, the fruits of democracy may prove tasteless, and difficult to consolidate or defend. A new round of protests may even be triggered, with new strongmen or political forces surfacing, and this cycle may well repeat in an endless loop. For most developing countries going through social and economic transition, although the logic of development means focusing on nation-building and economy first, the politics of development always confronts them with popular demands and expectation for participation and distribution. Western countries underwent development at an unhurried pace: they lived under royal despotism for many centuries, pursued democratization for one and a half centuries and has now been in the welfare age for only a century—whereas the developing countries of today’s world must somehow manage to compress these different phases into one. As such, the challenges they face on the road to development are naturally the most severe.

Regional SecurityDemocracy
printTweet
You might also like
Back to Top
CHINA US Focus 2020 China-United States Exchange Foundation. All rights reserved.