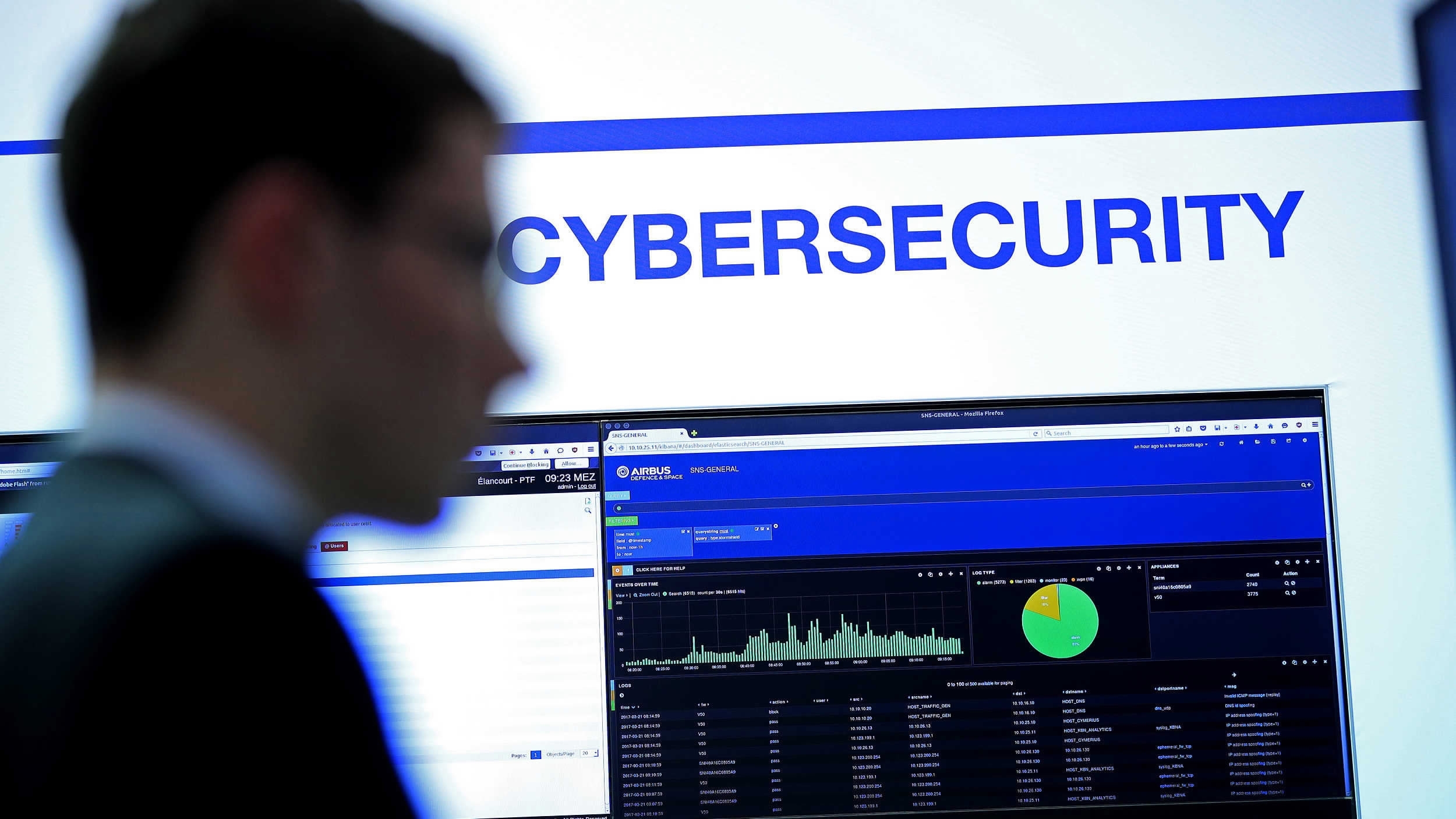 In this era of globalization, the development of cyber information technology is boosting the progress and economic prosperity of human society, and a Fourth Industrial Revolution — a scientific and technological upgrade — are in full swing. Countries in the current information age face many risks and challenges for political stability, economic development and social harmony.

With the continuous innovation and integration of technologies such as artificial intelligence, the internet of things, smart manufacturing and big data, cyberspace and physical space are highly integrated and geopolitical traditional security threats and non-traditional cyber threats are interwoven, presenting a threat to people’s sense of security.

The Russia-Ukraine conflict further demonstrates that cyberspace and physical space are equally important battlegrounds, and the sanctions imposed on Russia by the United States and others, especially financial sanctions, highlight the important role of cyberspace and information technology.

The global governance system has been overwhelmed by the impact of geopolitics and rampant biological viruses, and it is urgent to take the UN Charter as purpose and principle, with international law as the basis to change the global internet governance system to make a multilateral, democratic and transparent system and jointly build a peaceful, secure, open and cooperative cyberspace.

China has an important role to play in establishing a global internet governance system.

As a permanent member of the UN Security Council, and with its extensive cyber presence and successful domestic internet governance experience, China should actively help build a peaceful, secure, open and cooperative cyberspace and foster a multilateral, democratic and transparent global internet governance system.

In terms of cyberspace order and governance practices, China is a global leader in the scale of information infrastructure construction, and its cyberspace governance capacity keeps improving. As of December last year, the number of Chinese internet users had surpassed 1.03 billion, and more than 1.42 million 5G base stations had been built.

As its information technology innovation capacity and digital economy development vitality has continued to improve, China’s global innovation index ranking jumped to 14th, and value-added core industries in the digital economy reached 7.8 percent of GDP. The effectiveness of digital government services improved significantly, and the global ranking on the e-government development index rose to 45th. China has formed a systematic concept of cyberspace governance and promulgated a series of laws and regulations.

As the international pattern of global cyberspace, rule-making and order establishment suggest, anarchy, disorder and lack of rules are the norm, and the cybersecurity situation is serious and complex, with increasing risks.

First, at the upper end of the power structure in cyberspace, with a virtual IT monopoly and dominance of network discourse, and for reasons of ideology and strategic competition, the United States and other Western countries have adopted repressive policies against China and other emerging economies, and have never stopped their cyberattacks against China.

Cybertechnology suppression is also used in the European-Russian, U.S.-Russian and U.S.-Iranian rivalry. In the Russia-Ukraine conflict, cyberwarfare has been part of the broader war, and is an important channel for Western parties to participate, take a stand and exert pressure.

Second, those responsible for global cyberspace governance are increasingly diverse, with governments, enterprises, NGOs, industry associations and individuals as stakeholders. In the early stage of the formation of cyberspace, rule-making and management were mainly the concern of network service providers. With the integration of cyberspace and physical space, cybersecurity has become an important part of national security.

As government involvement and management has deepened, the government has come to dominate cyberspace. However, cyberspace operations still rely on service providers, especially large high-tech companies, which participate in economic, communication and social activities within a country and globally through massive data resources. The spread of information technology has lowered the technological threshold and made raw materials readily available. While providing convenience and well-being for the population, information technology has also increased cybersecurity risks such as terrorism, public opinion crises, cybercrime and the proliferation of cryptocurrencies.

Third, cyberspace covers a wide range of fields. IT, big data, industrial policy, cybersecurity and artificial intelligence are all closely related to the political, economic, military and communication capabilities of most countries. If cyberspace anarchy and disorder continue, it will not only make cooperation in the international community difficult but will also allow political, economic and military conflicts to snowball.

The international community has made attempts to establish a cyberspace order and corresponding rules, and it has seen some results. However, in the end, it is difficult to establish a global cyberspace governance system and a new cyberspace order due to geopolitical competition among major powers, the wide coverage of cyberspace, the large number of participants, the difficulty in tracing the source of cyberattacks and the lack of effective enforcement and monitoring mechanisms.

It is urgent, therefore, for the international community to recognize the reality and risks of the lack of global cyberspace governance. The following actions should be considered:

First, with the common values of all humanity as a guide, it is necessary to uphold genuine multilateralism, avoid geopolitical interference, overcome ideological bias, strengthen consultation and coordination among major powers and actively promote cyberspace rule-making and the construction of a global governance system and order in cyberspace.

Global cyberspace governance relies on the cooperation and consensus of major powers. Cooperation with the United Nations, G20, APEC, ASEAN+1, ASEAN+3 and other international, regional and subregional organizations can be considered to lay a stronger emphasis on cyberspace, arouse the enthusiasm of specialized cyber agencies, and explore the establishment of rules and standards for cyberspace governance in many areas such as strategy, technology, security and society.

Second, international institutions, with the United Nations at the core, should play a role as both platform and bridge. It is necessary to strive to establish new platforms that are inclusive, balanced and non-ideological at the global, regional, subregional and professional levels. When cyberspace rules are made, it is imperative to form and solidify the framework and rules that have been agreed upon, taking into account the new situation and new characteristics of cyberspace and information technology. This should serve as the foundation for a binding, enforceable and monitored international treaty on cyberspace.

In 2020, China proposed the Global Data Security Initiative, emphasizing that countries should enhance communication and build mutual trust in digital governance. The initiative has won widespread support in the international community, and the intent to cooperate has emerged with Arab countries and Russia. In the future, the initiative can be made more specific and a feasible data security guarantee mechanism can be formed to promote the establishment of global rules for digital governance.

Third, non-state actors, especially high-tech enterprises, have become important participants in cyberspace and its governance. The COVID-19 epidemic continues to this day and has profoundly changed people’s lifestyles and production methods. While government dominance in cyberspace is on the increase, non-state and non-governmental actors, such as high-tech companies, NGOs and even individuals, have become deeply involved in the economic, political, cultural and daily lives of people in all countries.

High-tech companies, which have advanced information technology and massive amounts of data, have had immeasurable influence in cyberspace, so their participation in global cyberspace governance, including their role in setting rules and technical standards for cyberspace, cannot be underestimated. The number of internet users in each country is huge, and they also play an important role in the formulation of cyberspace rules.

Fourth, building a peaceful, secure, open and cooperative cyberspace and establishing a multilateral, democratic and transparent global internet governance system requires new ideas, new concepts and new approaches. In this regard, relevant NGOs and think tanks can play an important role. The participation of NGOs and think tanks in global cybergovernance and rule-making can help create systematic theories of governance, which in turn can provide theoretical support for global cyberspace governance and order.

Fifth, given the vital importance of cybersecurity to national security, it is necessary for the international community to first focus on solving some difficult cyberspace problems that threaten human survival, especially the definition of cyberattacks that constitute acts of war in cybersecurity. At present, different countries have different interpretations of this, and it is urgent for countries to conduct dialogues and negotiations to reach a consensus and prevent accidents and black swan and gray rhinoceros events in cyberspace, which could evolve into a global crisis.

The current complex and dangerous cyberspace reality and governance deficit require the concerted efforts and common response of all countries, international organizations, enterprises, individuals and other cyberspace participants. As a permanent member of the UN Security Council, and having an extensive cyber presence, China will take active steps and advocate managing differences while seeking common ground that sees a common future characterized by equality and respect. China will strengthen communication and cooperation with other countries; explore new ideas, concepts and models of cyberspace governance; and work with other countries to build a cyberspace community with a shared future.

Internet GovernanceCyber SecurityGlobalization
printTweet
You might also like
Back to Top
CHINA US Focus 2022 China-United States Exchange Foundation. All rights reserved.