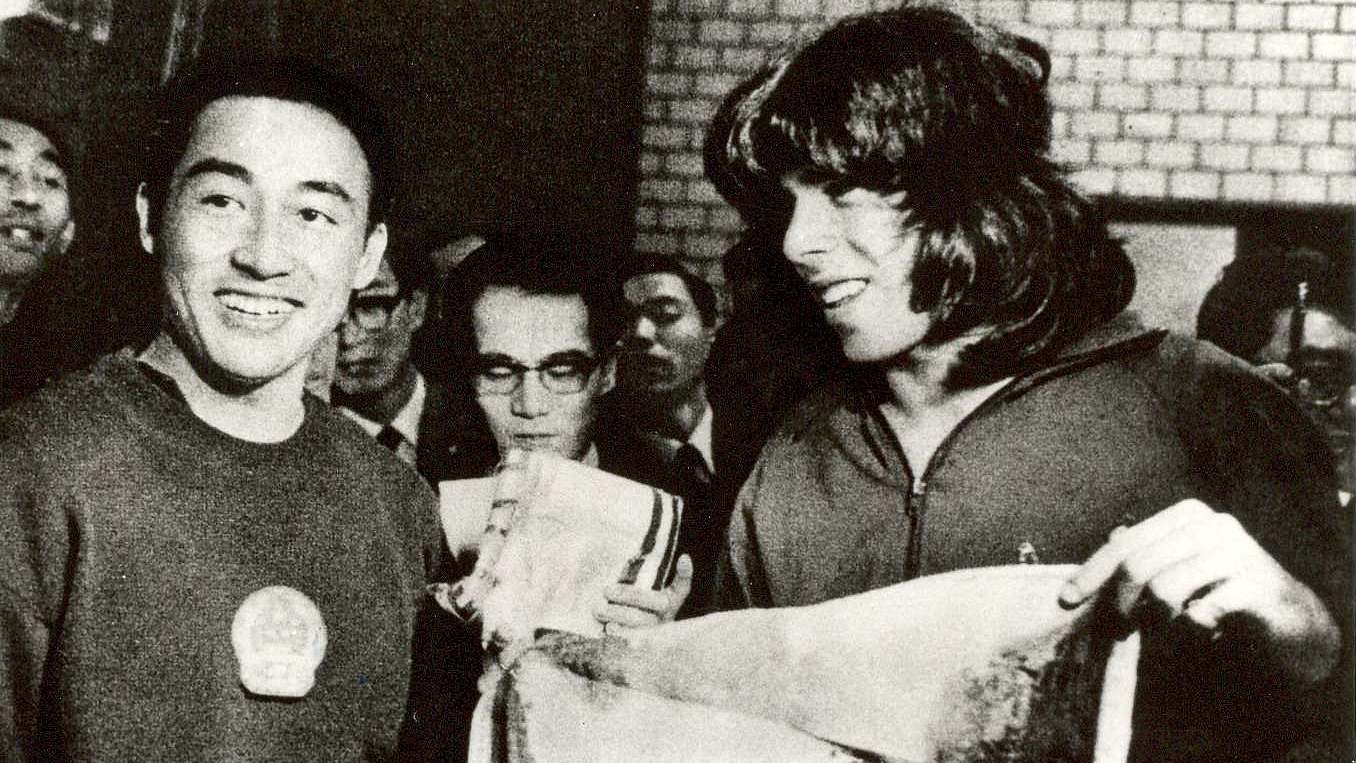 In an article by professors Hong Zhaohui and Sun Yi, the authors liken the events surrounding the rapprochement of the Chinese and American governments from 1971 to 1979 to the “butterfly effect,” a term coined by MIT meteorologist Edward Lorenz that describes how seemingly insignificant events can have a major impact on the world. Consider how an 18 year-old ping-pong player from California accidentally getting in the wrong van would ultimately lead to the normalization of US-Chinese relations — the usage of the term has rarely been more apt. Dubbed “Ping-pong diplomacy,” the invitation from the Chinese Communist Party (CCP) to the American national ping-pong team to play in China was the first major step in opening the doors to the normalization of diplomatic relations between the People’s Republic of China (PRC) and the United States.

The fact that China even participated in the games was a miracle unto itself. After Mao began his Cultural Revolution in the mid-1960s, China had boycotted most international sporting events, decrying them as bourgeois. Only thanks to a substantial lobbying effort by Koji Goto, the president of Japan’s Table Tennis Association, and to Chinese Premier Zhou Enlai’s personal desire to end China’s self-imposed isolation, was the PRC able to send a delegation to the 1971 World Table Tennis Championships in Nagoya, Japan.

While the Chinese team was given explicit instructions not to have any communication with the Americans, a series of accidental interactions played a vital role in kickstarting ping-pong diplomacy. Two days into the tournament, Song Zhong and Graham Steenhoven, the respective heads of the Chinese and American teams, unknowingly sat next to each other at the same table. Without equivalent restrictions on communication that the Chinese players had received, Steenhoven passingly remarked “the Chinese table tennis skills are excellent. If American players could have a chance to visit China, they would certainly learn a lot from the Chinese” and gave him a Kennedy half-dollar as a gift. In all likelihood, Steenhoven had no ulterior motives in speaking to Song, nor could he have possibly known that his Chinese counterpart was a former military intelligence analyst who might interpret such an overture as a diplomatic signal from the Americans.

Later on, as the various teams loaded into vans for another day of competition, eighteen-year-old Glenn Cowan mistakenly climbed into the Chinese team’s bus instead of his own. Unsure what to do with their American stowaway, the Chinese team awkwardly avoided interaction until one player, Zhuang Zedong, broke the ice and gave his competitor an embroidered banner. When the Cowan disembarked alongside the Chinese delegation, reporters snapped photos of them holding the banner together.

Back in Beijing, Zhou Enlai was kept appraised of all these interactions, though he was loath to bring such events to Mao’s attention for fear that he might recall the team for violating protocol. But before going to bed, Mao picked up a newspaper featuring the photo of Cowan with the Chinese team. Under the influence of heavy sleep medication, an elated Mao gave the order to invite the American team to China at the conclusion of the Nagoya Championship. President Nixon immediately approved the American team’s trip, and the players crossed the bridge from Hong Kong to Mainland China only three days later. Following the overwhelmingly positive reception of the exchange in both China and the US, the American government lifted its trade embargo on China, and Zhou Enlai and the Politburo made the decision just two months later to extend an invitation for Secretary of State Henry Kissinger to visit China in an official capacity. China supplanted Taiwan on the UN Security Council in October of that year, and shortly thereafter, President Nixon made an official trip to Beijing in early 1972, followed by the Chinese ping-pong team’s own tour of the United States. Thus, ping-pong diplomacy played a pivotal role in opening the door to US-China diplomatic relations, which were officially normalized in 1979.

What do these events teach us about the role of sports in diplomacy? The most important thing to realize about sports diplomacy is that it functions as a catalyst, or even an excuse, for two already-willing parties to engage in bilateral talks. By 1971, both the United States and China had plenty of incentives to rebuild their relationship but lacked a mechanism to provide the final push. In the 1960s, China and the Soviet Union experienced a massive political falling out, known as the Sino-Soviet split, which by 1969 had escalated to the point that limited military skirmishes had broken out on China’s disputed northern border. The realization that China was acutely outmatched by Soviet military technology put the CCP in a precarious situation – one which required the Chinese government to seek out another superpower for protection should the Soviets invade. The United States suited this role well, and the Nixon administration itself needed a diplomatic win in the face of the highly unpopular Vietnam War.

Sports diplomacy, as with most other major sporting events, also lends itself to widespread media coverage. Glenn Cowan’s serendipitous foray into Track II diplomacy would have otherwise gone unnoticed in China and the US had it not been for the reporters who publicized the interaction worldwide. Other American players helped shape public opinion towards favoring Sino-US rapprochement, raving about their experiences in China in the New York Times and Washington Post. After 1971, Gallup polls surveying American attitudes towards China’s admittance to the United Nations reported a plurality of responses in favor, for the first time in two decades. Just a few months later, China took Taiwan’s place on the UN Security Council.

Sports have the power to bring foes together, to humanize a perceived enemy, and foster new friendships. In a world of increasingly complicated and entangled global politics, seemingly small gestures — like the two Koreas marching under a single banner at the Olympics, cricket tours between India and Pakistan, and Chinese and American table tennis players holding an embroidered cloth together — have the ability to sway public opinion and alter the course of history. Ultimately, it’s not about who wins or who loses, it’s about the game itself.

Deng XiaopingU.S.-China Ties
printTweet
You might also like
Back to Top
CHINA US Focus 2022 China-United States Exchange Foundation. All rights reserved.