Why President Carter Is Popular in China

Of all the living former U.S. presidents, Jimmy Carter is the most popular one among Chinese people. There are many reasons for this, the biggest factor being that the two countries established diplomatic ties during his tenure of office. 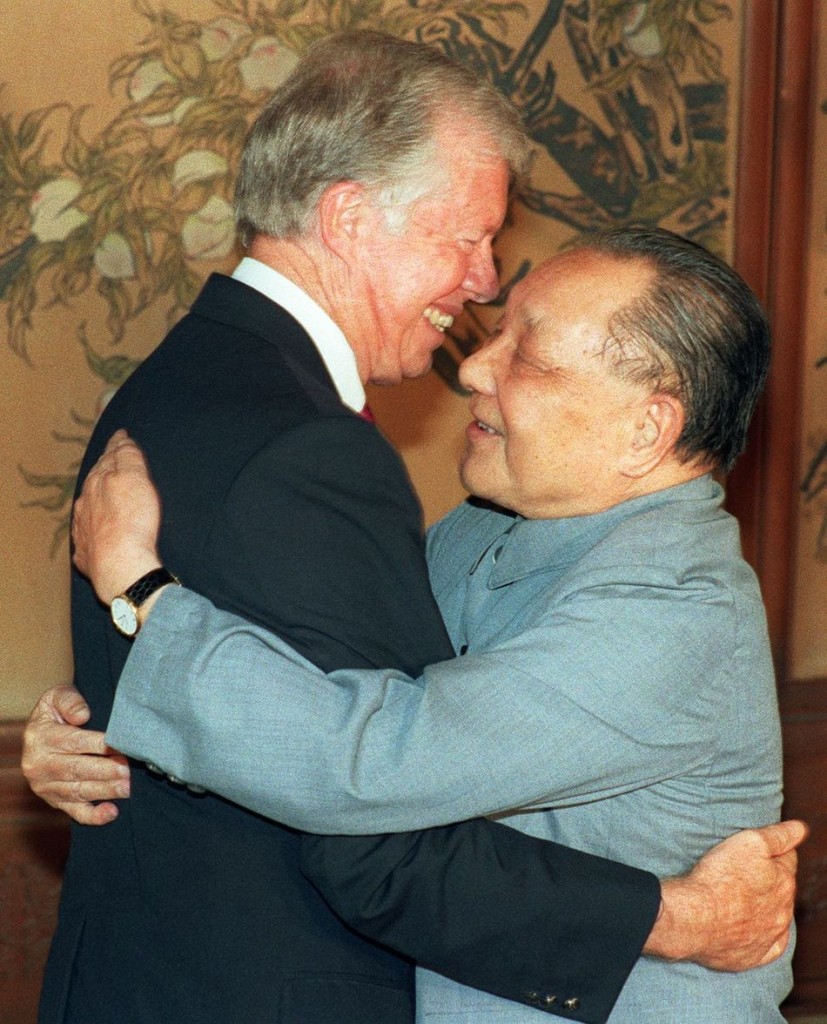 President Nixon’s visit to China in 1972 opened the door between China and the United States, a door that had remained closed for over 20 years. But due to domestic situations in the U.S., President Nixon and his successor President Ford did not realize normalization of China-U.S. relations. It was in January 1979, two years after Jimmy Carter was sworn in as the U.S. president, that China and the U.S. formally established diplomatic relations. Carter knew he would pay a price for this major decision and he was right. Two years later, he was defeated in general election by his political rival Ronald Reagan and the diplomatic relationship with China was one of the reasons. Carter stressed time and again that he never regretted for what he did, saying that establishing diplomatic relations with China was one of the most correct decisions he had ever made in his life.

After he left office, Carter visited China more than ten times, leaving his footprint on cities and villages throughout China. Even at the age of 90 he travelled across the vast ocean and came to China to attend the celebrations for the 35th anniversary of the diplomatic ties between China and the U.S. Several decades of exchanges with China have made him a man with a deeply rational understanding of China and profound affection for the country. He would stand out against any words or deeds that may cause misunderstanding between the two countries, or hurt China and the bilateral relationship.

For instance, when China was viewed by some Americans as the “root cause of the financial crisis in the U.S.” a few years ago, Carter told the American public repeatedly that China’s growth did not pose a threat to the U.S., and economic competition between the two countries brought benefits to both.

Carter has come to the conclusion that the worsening of China-Japan relations is caused by Japanese provocation. He believes that the source of conflict between China and Japan is Shintaro Ishihara, former Governor of Tokyo, who undermined the peaceful relations between China and Japan by purchasing the Diaoyu Islands. He purchased the islands and turned them into a Japanese scenic spot, which resulted in the straining of China-Japan relations.

On the so-called “occupy central movement” in Hong Kong, Carter rightly pointed out that the U.S. intervention in the incident constituted a violation of China’s sovereignty, demonstrating his insight and conscience as a visionary statesman, thus winning him the acclaim of the Chinese people.

Now more than 280,000 Chinese students are studying in the U.S. Many Chinese people still have vivid memory of how Carter recalled a related story: One night, the phone rang about 3 o’clock in the morning, and I thought “Oh my, there’s a tragedy somewhere in the United States.” I woke up and answered the phone. It was my national science advisor. He said, ‘Deng Xiaoping insisted I call you now to see if you would permit 5,000 Chinese students to come to American universities.’ And I said, ‘Tell him to send a hundred thousand.’” The intellectual community in China still remembers and appreciates his great vision on the issue.

As the Chinese people see it, Carter is the most approachable U.S. president. They like him because of his common touch – he knows how to grow peanuts, is good at carpentry, and has often helped poor people build their houses. In 1988, I joined a delegation led by the Chinese Ambassador to the U.S. on a visit to Carter’s birthplace in the state of Georgia. He struck me as sincere, modest and very easy of approach. He didn’t look a bit like someone who was once a president; he looked like a local farmer. He escorted us into a workshop where he did carpentry and showed us the stuffed fish made with a massive five-kilogram fish he caught himself. We also know that he is author of a dozen books and has co-authored a children’s book with his granddaughter; he is clearly a respected and affectionate grandfather.

Carter was born on October 1st, 1924. His birthday coincides with the founding of the People’s Republic of China. Carter hence believes he is destined to be China’s good friend. The Chinese people also like this line of thinking and the topic has been brought up in conversations again and again.