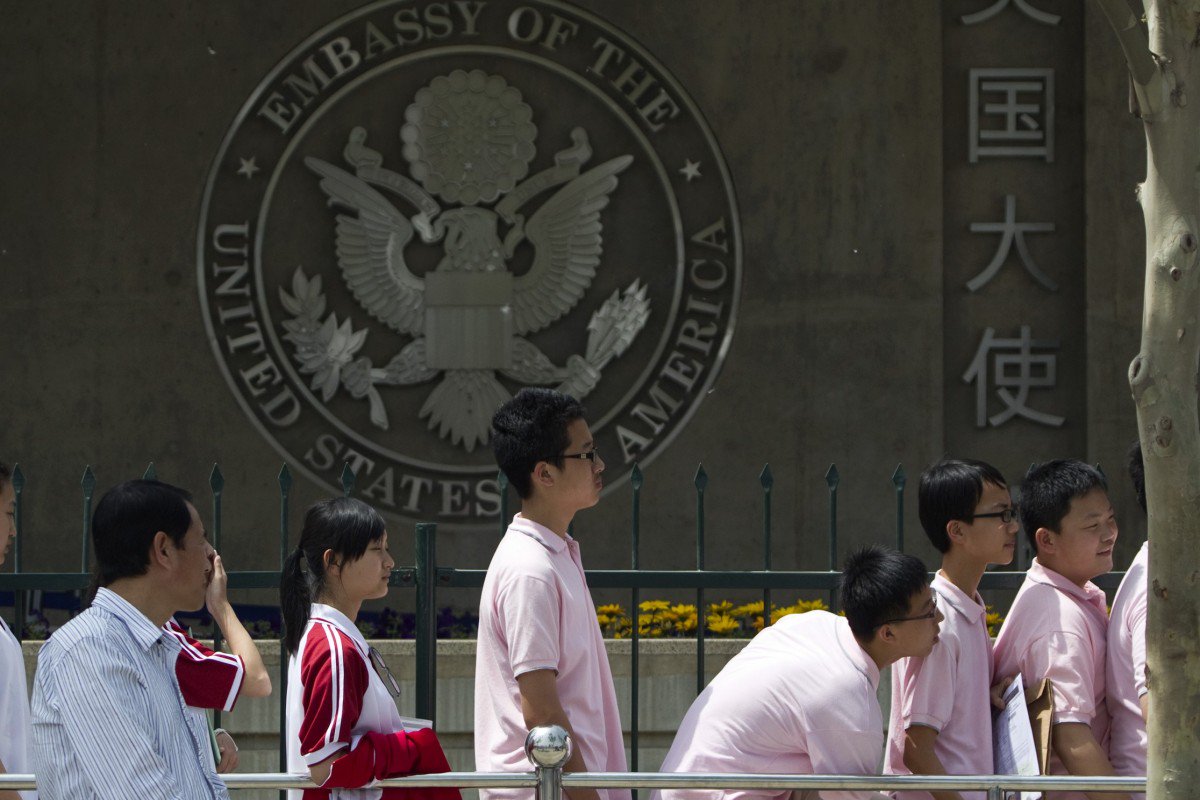 Amid escalating tensions between the United States and China, U.S. President Donald Trump issued a proclamation on May 29th that restricts entry of Chinese students and researchers who are affiliated with China’s military schools. The White House touts it as a measure that will safeguard national security and ensure America “remains militarily and technologically dominant.”

In addition, on May 27th two Republican senators proposed legislation that would prohibit Chinese nationals from receiving visas to study STEM fields in the United States. They cited the Chinese government’s alleged exploitation of U.S. universities to conduct espionage as rationale for the bill, called the “SECURE CAMPUS Act.” U.S. Senator Tom Cotton claims it will “protect our national security and maintain the integrity of the American research enterprise.”

These moves come after President Donald Trump’s executive order on April 22nd that bars certain categories of immigrants “who present risk to the U.S. labor market” from entering the U.S. for 60 days in light of the COVID-19 outbreak. It also calls for a review of nonimmigrant programs “and other measures that could stimulate the economy.” This could affect student visas and Optional Practical Training (OPT), which allows college graduates to stay in the U.S. to work in their field of study for up to three years.

That same week, Acting Homeland Security Secretary Chad Wolf said in a radio interview that he was “very concerned” about Chinese students’ abuse of visa programs to enter the U.S. and cited OPT as a specific administration target. Furthermore, in a letter to the White House, four U.S. senators urged a suspension to OPT because “there is certainly no reason to allow foreign students to stay for three additional years just to take jobs that would otherwise go to unemployed Americans as our economy recovers.”

In recent years, visa restrictions have increasingly been used as a tool in the U.S.-China rivalry. During this particular time period, however, officials appear to be seizing the opportunity presented by the COVID-19 pandemic to not only retaliate against China but also to achieve long-standing immigration policy objectives.

The merits of these immigration policies and ideas can be debated, but their Sinophobic undertones must be acknowledged. Couching immigration legislation in the language of national security and economic recovery is a well-established practice adopted by the United States. Chinese migrants were the first targets of such a practice with the passage of the Chinese Exclusion Laws in the 1880s.

From 1852 to 1888, an estimated 300,000 Chinese entered the United States, fleeing political instability in China and in search of economic opportunities in America. In 1868, the United States and China signed the Burlingame Treaty, which secured the rights for unlimited and unrestricted immigration of the Chinese people to the United States. Marking a bright point in the U.S.-China relationship, the treaty expressed an attitude of mutual respect, reciprocity, and equality in a manner unlike any other agreement China came to with Western powers in the aftermath of the Opium Wars. American politicians and businessmen amongst other elites celebrated the prospect of strong diplomatic relations with China, which would allow for access to its vast markets and cheap labor.

Although initially welcomed, the Chinese in America soon faced mounting racial hostilities. Labor interests opposed Chinese contract laborers, who worked at low wages and were used to break strikes. Fears of a “Yellow Peril” in which the inferior “yellow” race would overtake the superior “white” race pervaded American literature, press, cultural production, and popular imagination. For instance, the title of a San Francisco Chronicle article published in August 1873 read, “THE CHINESE INVASION! They Are Coming, 900,000 Strong.” Moreover, a series of anti-Chinese labor riots and massacres erupted across America in the 1880s. This racism against the Chinese was grounded in American Orientalist ideology, which viewed Asia as one indistinguishable monolith and positioned the West and East in diametrically opposite terms.

Soon, the Chinese Exclusion Laws took effect, representing a political manifestation of this orientalism. Taken together, these laws declared Chinese immigrants ineligible for naturalization, barred Chinese immigration indefinitely, and mandated an internal passport registration system for all residents of Chinese descent, including Americans. During certain time periods, the laws were enforced especially harshly, with officials even resorting to extralegal means that not only barred Chinese people from entry but expelled Chinese already within the country’s borders.

The Chinese became the first group, in both law and practice, to be deemed the perpetual foreigner, or the “Other”, in American society. Although several groups were marginalized in U.S. history prior to the Chinese, the United States first began grappling with constitutional and legal questions of citizen versus alien for the expressed purpose of excluding the Chinese. Racial exclusion of the Chinese, in turn, reinforced the “whiteness” or “Americanization” of new European immigrants. Formal processes of national citizenship and racial alienage went hand in hand. The race-based immigration policies targeting the Chinese in the 19th and 20th centuries served to strengthen American national identity and the concept of U.S. citizenship itself.

While the first of the Chinese Exclusion Laws––the 1882 Chinese Restriction Act––was deliberately narrow in scope to accommodate U.S. treaty obligations, the 1888 Exclusion Act marked a flagrant violation of the letter of a U.S. treaty. Although the United States had violated the spirit of diplomatic agreements in the past, never before had it blatantly abrogated a treaty with a friendly power. Furthermore, the 1888 Act went far beyond any previous immigration legislation by excluding the Chinese on the basis of race alone.

With its unilateral treaty abrogation, the United States moved from a professed relationship of equality with China to one of hierarchy. This aggrandizement of American power and shift in the structure of U.S.-China relations reflected the United States’ poor domestic treatment of the Chinese––legal and illegal, U.S. citizens and non-citizens alike.

Today, as anti-Chinese racism in the United States has come to the fore, the Chinese Exclusion Era serves as a pertinent example of what could again come to pass. Fueled by COVID-19 pandemic fears, economic anxieties, and widespread anti-China rhetoric, violence and harassment against the Chinese, and Asians in general, in America has spiked in recent months. If history is any indication, the proposed immigration restrictions aimed at Chinese students in STEM fields could very easily spiral into a more expansive, harsh, and ultimately counterproductive policy in such a political climate.

The Sinophobia currently on display in America is not an isolated or new episode. Rather, it is part of a deeply rooted racism against those of Chinese descent that has been brewing since the anti-Chinese violence of the 19th century. The temporal, geopolitical, and contextual landscape has changed, but the general systems of Sinophobia and nationalist U.S. foreign policy in relation to China remain at play. This has led to serious material consequences not only for the Chinese in America but also for the U.S.-China relationship as a whole. Should America’s nationalist image and power continue to rely on a hierarchical conception of foreign relations with China and an anti-Chinese stance domestically, tensions in the U.S.-China relationship will undoubtedly persist.