China is helping save globalization 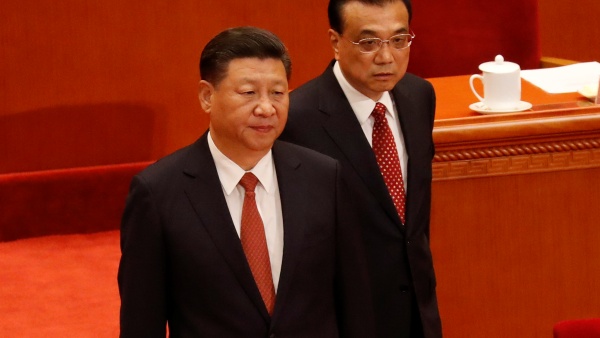 Since the beginning of 2017, there has been great concern that globalization will further slow. A rise of populism and nationalism, especially in the form of Donald Trump’s economic policies, are exaggerating those worries.

The US is taking the lead in undermining globalization

In his first address to Congress in January 2017, Trump proposed a new “America First” age and highlighted “Buy American, Hire American” as his policy doctrine. Trump began his presidency by carrying out a key promise - withdrawing from the Trans-Pacific Partnership, a massive trade deal with Asia that he had called a "potential disaster for our country". The Trump administration is at work trying to renegotiate the NAFTA with Canada and Mexico, and the free trade agreement with South Korea. In June Trump announced that America would quit the Paris Climate Agreement reached under the Obama administration. On October 12, he announced the US would pull out of UNESCO and refused to pay off the 542 million dollars in dues the US owed since 2011. On December 25, the Trump administration cut its 2018 contributions to the UN by $285 million dollars, nearly 25%, in response to the UN’s refusal to its decision to recognize Jerusalem as the capital of Israel. What’s more, Trump banned most travelers from seven predominantly Muslim nations from entering US territory and stepped up raids on illegal immigrants in the country.

This year has seen a soaring wave of new trade suits against foreign companies. A Washington Post analysis of Department of Commerce data found 23 new trade disputes activated since January 2017, making this year the busiest year for tariff cases since 2001. The new cases target trade between the US and 29 countries, the worst in any single year since 2001. 79 new investigations were undertaken in 2017, a 65% jump from 2016, and the most since 2001.

Under criticism from the Trump administration and vetoes from other countries, the WTO has been stymied, such that its 11th Ministerial Conference in December 2017 failed to reach new agreements in the areas of digital trade, fisheries, fossil fuel subsidies reform, and agricultural policies. At the end, the Ministerial Conference was not even able to agree on a joint communiqué.

Even worse, some Eastern European countries and countries across the Pacific Ocean are following the US’ example and implementing inward-looking and protectionist policies. We have not heard the final word on NAFTA re-negotiations yet, and the situation still looks dangerous. Were NAFTA to fail, it would be a severe blow. The same risks are involved in the prospective Brexit negotiation.

These nationalist policies and practices are against free and open trade principles, signaling a 180-degree turn for the US, which has championed the international liberal economic order since the end of World War II. Trump is jeopardizing US credibility. Protectionism in the Trump era is the barking dog that may really bite in 2018. Now it’s certain the global trade system is heading towards disorder.

Is protectionism a way out?

Arvind Subramanian (Senior fellow at the Peterson Institute) and Dani Robdrick (Professor at Princeton University) have been arguing for years that one of the most negative effects of globalization is undermining democracy. Under protectionism, multinational companies can still pursue their interests, while the middle and lower classes have to pay a high price for consuming products.

Protectionism can only transfer contradictions between different sectors or industries to between countries, making the world more divided. Just as Malcolm Turnbull, Australia’s Prime Minister said, “Protectionism is not a ladder to get you out of the low-growth trap, it is a shovel to dig it much deeper.”

The right way is to update the current WTO framework and reform the domestic distribution system. The WTO dispute settlement mechanism should be enhanced. But the Trump administration is rallying like-minded countries within the WTO to pursue bilateral deals, which is unraveling the WTO. In the past few months, the Trump administration has blocked the appointment of several WTO appeals judges, a move which is paralyzing the body’s dispute settlement system for years to come.

Criticism of the free and open world trade system and the protectionism policies catering to that criticism are very detrimental to global trade and world prosperity.

Currently, the world economy is stepping into a comprehensive recovery. The general consensus is that the world economy is reemerging from the Great Recession. The IMF predicts 2017 global growth will be 3.6% with advanced economies growing by 2.2%. “Faster growth is reaching roughly two-thirds of the world’s population,” the IMF said in December.

In term of global trade, according to the WTO statistics, 2017 will be the strongest year for world trade since 2011. With an annual growth of roughly 4.5%, world trade will outpace world GDP growth for the first time in six years. However, the high growth rate this year is largely the consequence of a favorable carryover effect from 2016. Considering the strong protectionist tendencies and potential economic risks, this might not continue.

Facing this adversity, China, as a “responsible stakeholder”, should and is getting ready to save globalization,

-Multilaterally, China is working hard to guard and improve the resilience of the existing international system, from the multilateral trading system to the United Nations. President Xi said China has benefited from the WTO, but has contributed more to it. China recognizes the WTO system as the backbone of multilateral trade and investment, and would like to uphold the flag of free trade and globalization.

-Bilaterally, China is actively engaging with the US. China recognizes the leading role the US plays in the world affairs and has no intention of challenging it. During Trump’s first state visit to China, China very generously signed 34 projects totaling $253.5 billion with the US. It not only created a record of China-US economic and trade cooperation but also set a new record in the history of world economic and trade cooperation. President Xi promised that the Chinese economy would become increasingly open and free to foreign firms, including those from the US.

-Technically, China has set up concrete platforms to share Chinese economic prosperity with the world. The Belt and Road Initiative (BRI), the Asian Infrastructure Investment Bank (AIIB) and the Silk Road Foundation are the main platforms. The BRI will launch trillion dollar Chinese-led investment programs to create a web of infrastructure, including roads, railways, telecommunications, energy pipelines, and ports. This would serve to enhance economic interconnectivity and facilitate development across Eurasia, East Africa, and more than 60 partner countries. The AIIB has approved 24 loan projects totaling $4.2 billion to finance infrastructure in 12 member countries, including Indian, Oman, Indonesia and Bangladesh. The Silk Road Foundation has signed 17 programs, investing $7 billion since November 2014. Its investments in Pakistan's Carlot Hydropower, Russia's Yamal LNG, and Dubai Ha Xiang clean coal-fired power station are not only supporting local economic development but are conducive to local green and energy-saving emissions reduction.

To build “a community of a shared future for mankind”, which was recognized and written into UN security resolutions on November 2, is a Chinese approach to saving globalization. The international community should give it a chance.

GlobalizationChina’s Role in the WorldAmerica First
printTweet
You might also like
Back to Top
CHINA US Focus 2022 China-United States Exchange Foundation. All rights reserved.