Jihadism: What Goes Around, Comes Around

In the wake of the worst gun rampage in American history, U.S. President Barack Obama declared that Omar Mateen, who killed 49 people in an Orlando nightclub, was radicalized online, saying he had been “inspired by various extremist information that was disseminated over the internet.” While that may be partly true, the Orlando shooter’s jihadist indoctrination can actually be traced to his father, Seddique Mir Mateen, a local guerrilla commander in the U.S.-backed jihad against Soviet forces in Afghanistan in the 1980s. 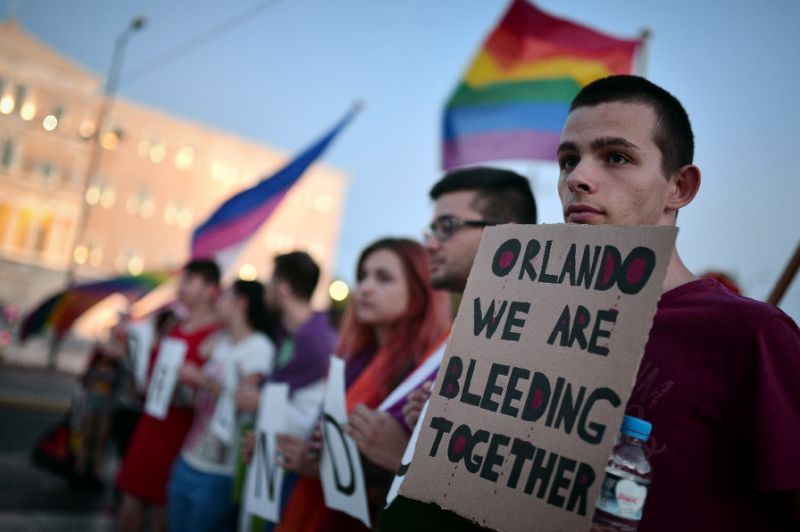 The elder Mateen, an asset to the Central Intelligence Agency, was rewarded with permanent residency in the United States, where Omar was born. With the father presenting himself over the years as an Afghan émigré leader and building close ties with some U.S. government officials and lawmakers, the Federal Bureau of Investigation failed to stop Omar from carrying out the shootings despite interviewing him three times since 2013 on suspicion of terrorist links.

The U.S. debate on the Orlando massacre has focused on the killer’s troubled life and sexual orientation but missed the bigger picture. The real issue centers on the spreading jihadism that is inspiring a spate of terrorist attacks in the world, from Europe (Brussels and Paris) and Asia (Pathankot and Jakarta) to the U.S. (San Bernardino and Boston).

Stemming the spread of the Islamist ideology, which has fostered “jihad factories” and threatens the security of countries as diverse as the U.S. and China, holds the key to containing terrorism.

This demands two things. The first is finding ways to stop the religious-industrial complexes in the Persian Gulf from exporting Wahhabism, a messianic, jihad-extolling form of Sunni fundamentalism that promotes, among other things, the subjugation of women and the death of “infidels.” The cloistered royals in Saudi Arabia, Qatar and elsewhere continue to fund Muslim extremist groups and madrasas in other countries.

Their export of Wahhabism has not only snuffed out more liberal Islamic traditions in many countries, but has also created the wellspring that feeds extremism and terrorism. Wahhabi fanaticism, in fact, is the ideological mother of modern terrorism.

The other imperative is for the U.S. to learn lessons from its role — indirect and direct — in aiding jihadism over the years in pursuit of narrow geostrategic objectives in some regions. China’s love for pariah regimes is well known and has extended to building cozy ties with the Taliban when that medieval militia was in power in Kabul. But how does the U.S. explain its troubling ties with Islamist rulers and groups?

These ties were cemented in the 1980s, when President Ronald Reagan used Islam as an ideological tool to spur jihad to oust the invading Soviet “infidels” from Afghanistan. Through a covert program of unparalleled size, the CIA trained and armed thousands of guerrillas from Afghanistan and elsewhere to establish a multinational Sunni fighting force with Arab petrodollars and the help of Pakistan’s rogue, military-run Inter-Services Intelligence (ISI) agency.

Indeed, it is America’s allies of convenience — both state and non-state — that over the years have come to haunt the security of Western and non-Western democracies alike.

In the second half of the Cold War, the U.S. tacitly encouraged Saudi Arabia to export Wahhabism as an antidote to communism and the 1979 anti-American Shia revolution in Iran. Developments since the end of the Cold War show that Wahhabi fanaticism is the root from which the world’s leading Islamist terrorist groups — such as ISIS, al-Qaeda, the Taliban, Laskar-e-Taiba, Boko Haram and al-Shabaab — draw their ideological sustenance.

Although the U.S.-Saudi alliance has come under strain of late, America has still to release a long-classified section of a 2002 congressional report that discusses a possible Saudi government role in the September 11, 2001 terrorist attacks in the U.S., in which 15 of the 19 passenger jet hijackers were Saudi citizens. Before the approaching 15th anniversary of 9/11, the U.S. would do well to lift the secrecy of the so-called 28 pages. There is no reason why the truth should still be suppressed.

More broadly, the spread of jihadism underscores the imperative for major powers to focus on long-term goals rather than short-term objectives. The need for caution in training Islamic insurgents and funneling lethal arms to them to help overthrow a regime is highlighted by the current chaos in and refugee exodus from Syria and Libya, which now rival Pakistan and Afghanistan as international jihadist citadels.

In fact, the recent terror strikes in the West suggest they are a blowback from the interventionist policies of some powers that have helped unravel fragile states like Libya, Syria, Iraq, Yemen and Afghanistan. Several Muslim countries, including Syria, Iraq, Yemen, Libya, Somalia and Afghanistan, have become de facto partitioned, while Jordan and Lebanon face a similar threat.

The surge of Islamist terrorism is a reminder that jihad cannot be geographically confined to a targeted nation, however distant, as the examples of Afghanistan, Syria and Libya indicate. In fact, no state, due to foreign intervention, has unraveled and become a terrorist haven faster than Libya.

Against this background, containing the spread of the jihad virus is a difficult challenge. The Orlando shootings show how the American-born offspring of a former “holy warrior” who emigrated to the U.S. can imbibe violent extremism when the spirit of jihad runs in the family.

Or take the 2013 Boston Marathon attack case: Anzor Tsarnaev, the Chechen father of the two terrorists involved in the bombings, Tamerlan and Dzhokhar Tsarnaev, moved to America with his family with the help of his U.S.-based brother who had married the daughter of a former high-ranking CIA officer, Graham Fuller. An ex-CIA station chief in Kabul, Fuller was an architect of the Reagan-era “mujahedeen” war against Soviet forces.

Tamerlan and Dzhokhar Tsarnaev were radicalized in America. Similarly, the Paris and Brussels attackers — mainly European nationals of Middle Eastern or North African descent — developed their violent jihadist leanings in France or Belgium.

The fact that what goes around comes around is apparent also from the domestic jihadist threat now faced by jihad-exporting Saudi Arabia, which has bankrolled Islamist terrorism ever since the oil-price boom of the 1970s boosted the country’s wealth dramatically. Likewise, for another leading state sponsor of terrorism, Pakistan, the chickens are coming home to roost with a vengeance.

As secretary of state, Hillary Clinton publicly warned Pakistan that keeping “snakes in your backyard” was dangerous as “those snakes are going to turn on” it. This warning, however, was equally applicable to the U.S., Britain and France.

The three Western powers, instrumental in turning Libya into a battle-worn wasteland through a botched Hillary Clinton-championed regime change, continue to speciously distinguish between “moderate” and “radical” jihadists in Syria so as to aid the former, although those waging jihad by the gun can never be moderate. In fact, it is such aid that created the conditions for ISIS to emerge as a potent force.

The global war on terror, now almost a generation old, will never be won with treacherous allies, such as jihadist rebels and Islamist rulers. Such alliances, as recent terror attacks indicate, strengthen jihadism and endanger the security of secular, pluralistic states.

It is time for Western powers to reconsider their regional strategies and focus attention on attacking the ideology driving terror.

Anti-Counter-Terrorism Islamic world Middle East
printTweet
You might also like
Back to Top
CHINA US Focus 2023 China-United States Exchange Foundation. All rights reserved.