Kobe Bryant and His Enduring Impact on the Sino-American Friendship 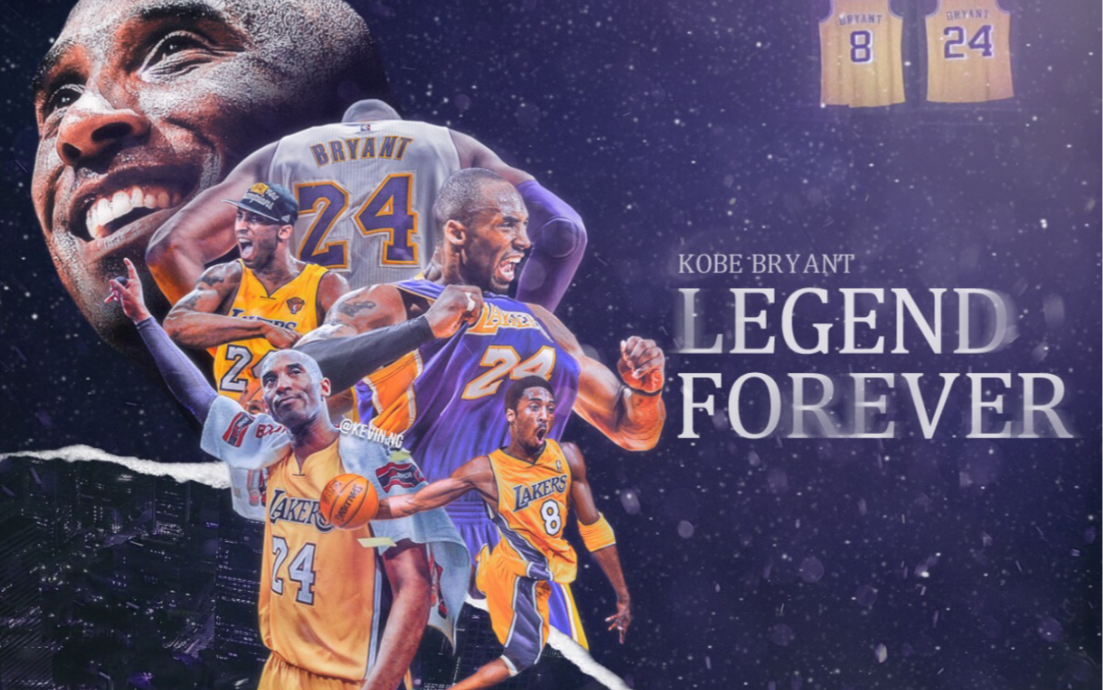 The tragic loss of Kobe Bryant on January 26, 2020 came as a devastating shock to sports fans around the world, including millions of people in China who awoke to this terrible news. Two circumstantial factors made the emotional reaction by the Chinese people­­––and their heartfelt affection and admiration for this legendary basketball player and American cultural icon–– particularly notable.

First, even though Kobe Bryant’s death took place amid the ongoing deadly coronavirus crisis, which was then spreading across China, news of the helicopter crash dominated Chinese social media and search engines. On January 27, web searches on the Chinese search engine Baidu for “Kobe” rose to 7 million, six times more than searches for “Wuhan” and “pneumonia” combined. On the same day, searches for Kobe’s death reached one billion on the Chinese social media site Weibo, “... more than double the next most-searched term for confirmed cases” of the novel coronavirus in China, according to the South China Morning Post.

Second, U.S.-China relations have drastically deteriorated over the past few years. Some politicians and opinion leaders in both Washington and Beijing have begun to perceive the other country as an adversary—and perhaps even as an enemy. In the United States, the political rhetoric promoting an all-encompassing “decoupling”—including in the cultural and educational realms—with China has seemed to replace the decades-long engagement policy towards the most populous country in the world. Nationalism, along with mutually reinforced fear and suspicion, is on the rise in both countries.

Amidst these circumstances, the widespread and spontaneous public mourning of Kobe Bryant in China goes far beyond the shared salute to his exceptional talent in sport. Kobe’s international impact and the Chinese admiration of him remind us that U.S.-China relations are not just state-to-state relations, but should also be seen ­as people-to-people relations. Kobe’s enormous influence in China reflects his long-standing goodwill towards the Chinese people and his enduring impact on public diplomacy.

Many Chinese fans have taken to social media to express treasured memories from their youth of being inspired by Kobe. They have invoked Kobe’s signature “Mamba Mentality,” encouraging themselves to persevere during difficult times like the one they are currently facing – just like Kobe did both on the basketball court and throughout his life.

Kobe saw himself as more than an athlete, as basketball alone did not define his legacy. After winning his fourth NBA championship in 2009, Kobe visited China for the fourth time and established the Kobe Bryant China Fund in partnership with the Soong Ching Ling Foundation, one of China’s largest charities. The Fund’s first donation was a 5-million yuan grant aimed at reconstructing areas affected by the 2008 earthquake in Sichuan and promoting sports activities for children.

During an interview with Chinese TV anchor Shui Junyi, Kobe expressed his desire to help children in China and the United States learn about each other’s culture in order to broaden their horizons, with sports serving as a common language. The Fund has since supported several groups of Chinese teenagers to engage in cultural exchange trips to the United States. At the public memorial for Kobe Bryant and his daughter Gianna held on February 24, Vanessa Bryant, the widow of Kobe, mentioned in her speech that Gianna was able to speak, read, and even write Mandarin.

With more than a dozen visits to China over a span of 22 years, Kobe not only showed his genuine interest in the rapidly changing country, but also allowed Chinese young people to see a part of themselves in him. Even after retiring, Kobe regularly updated his Weibo account with personalized videos and messages to his 10.11 million Chinese followers. These pursuits have all enhanced the sense of connection between this American sports icon and the largest basketball audience in the world. Some Chinese students studying in the United States have even said that they chose to attend schools in Los Angeles in order to be close to the Staples Center where Kobe played for the Los Angeles Lakers.

Sports are not immune from politics and nationalistic sentiment, and the NBA is no exception. Indeed, given its deep commercial connections in China, the NBA has sometimes become a lightning rod on issues of nationalism. A few months ago, for example, when Houston Rockets’ general manager Daryl Morey tweeted about the Hong Kong protests, he sparked anger and condemnation from both the Chinese government and public. In response, Chinese state broadcaster CCTV dropped the broadcast of NBA China Games between the Los Angeles Lakers and the Brooklyn Nets, and nationalistic posts filled with outrage permeated social media in both countries.

Despite disputes over controversial issues involving the NBA and China, the endurance of individual-level connections like those created between Kobe and the Chinese public prove that goodwill and interconnection can withstand the test of disagreement. During the China Games, thousands of Chinese fans, many wearing the jerseys of LeBron James and Kobe Bryant with the NBA logos covered by Chinese national flag stickers, filled the basketball stadiums to watch. Some Chinese fans expressed a sense of contradiction between their love for their motherland, the game, and the American athletes who helped shape their formative years. Their internal revelation resulted from the resilient people-to-people connections that were fostered by cultural ambassadors like Kobe Bryant.

During a time of intense political and ideological conflict, Kobe Bryant’s legacy in China challenges the conventional wisdom that Chinese youth are simply “brainwashed” by anti-American propaganda, which could foment a cultural clash between China and the United States. This connection, exemplified by Kobe’s interaction with the Chinese people on a personal level, has been an important foundation for U.S.-China relations over the past four decades. As many mourners in the United States memorialize and vow to carry on Kobe Bryant’s legacy, they may also gain inspiration from Kobe’s efforts at expanding the friendship and ties that bridge cultures and peoples around the world.

KobeCultural ExchangePeople-to-People Exchange
printTweet
You might also like
Back to Top
CHINA US Focus 2022 China-United States Exchange Foundation. All rights reserved.