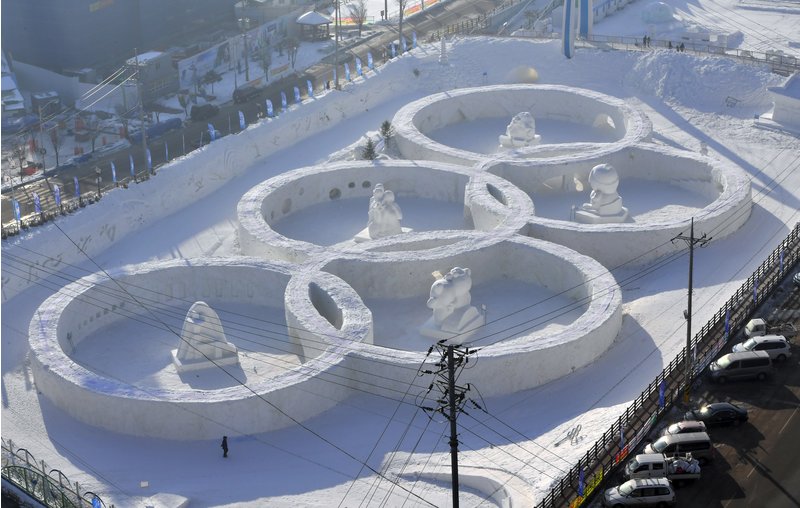 For much of 2017, the prospects of North Korea taking part in the 2018 Winter Olympics in PyeongChang, South Korea seemed dim. Despite two North Korean figure skaters qualifying for the Games, Pyongyang failed to register with the International Olympic Committee by the October deadline. Instead North Korea maintained its focus on advancing its nuclear weapons and missile programs, only to reverse course when Kim Jong-un offered to attend the PyeongChang Games in his New Year’s address.

North Korea’s offer to attend the Olympics, while unexpected, was a relief for South Korea. With ticket sales low and concerns about the safety of the Games by some, Seoul had encouraged North Korean participation to help ensure that the Olympic Games were peaceful. Additionally, there was hope that dialogue over North Korean participation in the Games could grow more broadly into a dialogue over North Korea’s weapons programs, family reunions, and other issues.

Not taking part in the PyeongChang Olympics may never have been a real option for North Korea. If North Korea boycotted the Games it would have found itself isolated during a major international event just across the border. While North Korea may have had an incentive to create a sense of anxiety around the Games, provocations during the Olympics were never truly in its interests. With tensions high on the Korean Peninsula and increasing talk of military action by the United States, provocations during the Olympics would have run the risk of hardening international views that the regime in Pyongyang could not be allowed to have nuclear weapons. Attendance was always likely preferable to the regime than isolation.

Pyongyang also has strong incentives to take part in the Games. While there has been focus on North Korean efforts to drive a wedge between the United States and South Korea with its offer to attend the Games, Pyongyang also has domestic and economic reasons for attending the Olympics.

The decline in North Korean exports to China was not the only significant setback North Korea faced in December. At least since the WannaCry cyberattack, North Korea has begun to utilize the cryptocurrency Bitcoin. In addition to providing Pyongyang an additional means to move currency, it may also have served as an investment vehicle for the regime. However, after shooting up to nearly $20,000 by the middle of December it then began to significantly decrease, taking away one means North Korea may have been able to use to supplement its losses from sanctions. By calming tensions during the Games, North Korea likely hopes to create space to convince China, South Korea, and others to loosen sanctions enforcement.

With economic difficulties ahead, attending the PyeongChang Olympics provides North Korea with domestic advantages as well. North Korea is pushing for its participation in the Games to be covered by others, allowing the regime to reward over 400 hundred loyalists with all-expense paid vacations to a major international event and demonstrate domestically that North Korea is accepted by the international community despite the efforts of the United States. At a time when Kim Jong-un has acknowledged economic difficulties lie ahead, taking part in the Games also allows the regime to distract the populace from growing economic hardships.

If North Korea was hoping that its gambit of attending the Games might drive a wedge between the United States and South Korea by offering the hope of further inter-Korean engagement, it may be finding something different. South Korean identity is shifting and the country’s heartstrings are no longer pulled by the idea of national unification as they once were. While a majority of South Koreans support North Korea’s participation in the Games, there has been a pushback against the decision to compete under a unified flag and to field a joint women’s hockey team.

While North Korea’s decision to take part in the Games has reduced tensions for the moment, it may only be a temporary reprieve. What will matter is what North Korea does once the Paralympic Games have ended and the U.S. and South Korea begin military exercises that were postponed until after the Games conclude. If North Korea continues to engage with South Korea and expresses an openness to talk with the United States, the current dynamic on the Korean Peninsula may change. However, if North Korea conducts further tests, the Olympics may turn out to be a respite from the current tensions rather than the turning point many hope that it can be.

OlympicsNorth KoreaSouth KoreaKorean Peninsula
printTweet
You might also like
Back to Top
CHINA US Focus 2022 China-United States Exchange Foundation. All rights reserved.