The West and China Alike Would Benefit from More, not Less, Informed China Scholarship 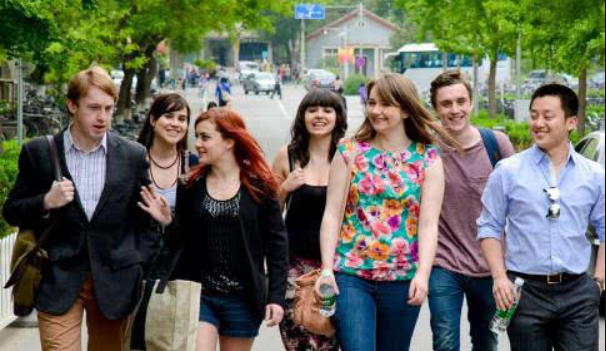 Chinese scholars in the West have found themselves the subject of extensive scrutiny, investigations, and bellicose accusations. Certain reasonable concerns raised over the transfer of technology have been conflated with witch-hunts designed to ensnare and drive out academics perceived to be hostile to American interests.

In the field of Chinese studies, moderate scholars in China and the West alike – including those who advocate more constructive and balanced dialogue with China, more collaborative exchange and engagement between China and US, and more openness to the values espoused by Beijing, as opposed to unilateral escalation and a vicious downward trajectory – have found themselves labelled as “apologists” and “shrills” for the Chinese state.

Indeed, the Washington Post article “China is not an enemy” – penned by former diplomats Stapleton Roy, Susan Thornton, alongside veteran China scholars M. Taylor Fravel, Michael Swaine, and Ezra Vogel, was panned by a critical op-ed as “an apologist’s reminder of how the corporatist and coastal elites of the U.S. cherish their privileged relationship with the Chinese government”.

If cherishing the most important bilateral relationship – vital to schemes of global cooperation designed to tackle gargantuan global problems – is akin to being an apologist, then that’s a label that a majority of pragmatic foreign policy experts must unfortunately accept.

In September 2020, Australia revoked the visas of two visiting Chinese academics amidst escalating tensions over both countries’ treatment of journalists from the other – scholars Chen Hong and Li Jianjun were informed that the Australian security body ASIO deemed them a threat to national security. And Li and Chen’s experiences were by no means the exception to the norm – the norm itself is shifting rapidly. Academics are bearing the real-world toll of an unforgivingly hostile relationship.

In February 2021, the U.S. Department of State ruled that researchers and students connected to the PRC’s “Military-Civil Fusion Strategy” would be denied access to non-immigrant visas – effectively ruling out the prospects for normalised visits from vast swathes of academics and bureaucrats affiliated with the Chinese government.

National security threats are real and valid concerns – yet a blanket ban that encompasses even those who do not actively work for the military, would only set back the progress of bilateral exchange and communication. Spies will always seek out deceptive methods to gain entry into a target territory  – it’s instead well-intentioned scholars and researchers who are inevitably swept up in the bureaucratic commotion.

It is also precipitously difficult for Western scholars to conduct genuine, unfettered research on and in China. A German centrist think tank, the Mercator Institute for China Studies (MERICS), was recently placed on a the sanctions list under the Chinese government, alongside other, more vocal “interferers with internal politics” – a phrase employed by Beijing officials to ward off against what it perceives to be interventionist, imperialist commentary from the West. The think tank is renowned in Europe for its moderate, pragmatic stance on China, with its senior leadership assuming critical roles in joint, collaborative projects bridging Europe and China.

On the ground in China, international researchers find access to archives and information increasingly difficult – if not impossible – given the deteriorating relations and surge in hyper-defensive, anti-Western sentiments on the ground. Bill Birtles and Mike Smith – two Australian journalists working in China – left the country in September 2019, upon learning  that exit bans had been placed on them.

Such bans are frequently implemented upon non-Chinese citizens, whose exit from the country is precluded on grounds that they must assist with investigations and settling of disputes. With the very real prospects of being hounded by nationalist netizens and vehement forces in the country, academics across the world are increasingly wary of travelling to China, over fears that they would be detained on the basis of  their work and research on China.

As veteran scholar Jeff Wasserstrom puts it in a recent interview – he is unwilling to gamble, even though the chances of his being arbitrarily detained would be “pretty minimal”.

If there is one fact that should be uncontroversial across both sides of the Pacific – and between the two parties of the increasingly frayed Sino-American relationship, it is that both parties, and the world at large, are in need of more high-quality, credible, and informed China scholarship. Events such as the repatriation of Chinese scholars perceived to be working for the state, or the exclusion of Western scholars deemed ‘anti-China’ by certain individuals, or the polarization of academic discourse on China at large – are deeply un-conducive towards enabling a fair-handed and even understanding of China, a country that could well become the world’s largest economy by 2030.

The West benefits from a higher quality of more rigorous research into China – ideally, such research should draw from across the political and ideological spectrum, as opposed to being packed to the brim by voices that are fundamentally inimical to China’s rise. A polarized, Manichean worldview – coupled with undue skepticism towards scholars of Chinese origins – would only cultivate a dangerous tunnel vision, one that steers the West down a dangerous path of exaggerating Chinese capacities, misinterpreting Chinese intentions, and behaving recklessly in response to perceive provocation. Commentaries that gloss over the complexities and subtleties of Chinese politics – in favor of sloganistic adages and flamboyant rhetoric – may be what the consumer wants to read in newspapers; yet would help no one in Washington come up with well-informed decisions and policies.

Those in the West who know China well – also known in Chinese as 知華派 – are increasingly side-lined, as their calls for moderation and compromise in engagement with China are lost amidst the bombast concerning Beijing’s increasing tightening of discourse and research in the country. Such side-lining is vastly problematic. In place of moderates such as Thornton and Roy, we see increasingly bellicose and Manichean criticisms across the aisle towards China, as propelled by the logic of political necessity. Such sensationalist rhetoric about China – undergirded by partisan lenses – would prove to be dangerous obstacles to Sino-American collaboration, especially in face of imminent crises such as climate change and COVID-19.

Citizens in the West cannot meaningfully engage an entity that it lacks the resources to even meaningfully understand – yet such understanding remains vested, not in the majority of politicians with their own pre-existing biases and electoral commitments, but with the small minority (increasingly dwindling, too) of scholars who speak the language of both sides, and who have always acted as bridge between the two nations. Both China and the U.S. would benefit from academics who can serve as trusted messengers, independent critics, and mediators who can meaningfully contribute towards the resolution of differences between them, as opposed to those who blindly peddle state-sanctioned rhetoric.

Finally, Beijing, too, would benefit from having more objective and reasonable voices from the outside, to shed insight into the problems and challenges confronting the country and its denizens. As Rana Mitter argued in his prescient 2017 op-ed, “By obstructing free research by its own academics, the Chinese government limits the analysis and judgment of the experts it surely wants to advise it.”

Don’t get me wrong – there are obviously actors behaving in bad faith in any academic setting; from Beijing’s perspective, these are individuals who are bent on undermining China’s progress and stifling its ability to cultivate academic and theoretical autonomy, succinctly embodied by the adage “Cultural Confidence”. Yet something would be seriously amiss, were we to portray or deem any and all Western criticisms as inherently biased, malevolently motivated, and designed to undermine China – this is by no means true.

China is best capable of projecting its soft power and amplifying its own voice, when it comes across as candid, forthcoming, and open to criticisms. True confidence is not accomplished at the expense of dissent – it is achieved through striking the correct balance between embracing constructive criticism, and standing firm against fundamental assaults on the political system. Conflating the two kinds of discourse, however, would itself be a grave mistake.

Informed China scholarship is increasingly rare, but it doesn’t mean we ought to therefore give up on it.

People-to-People ExchangeChinese Overseas Students
printTweet
You might also like
Back to Top
CHINA US Focus 2022 China-United States Exchange Foundation. All rights reserved.