US vs. China: Which System is Superior? 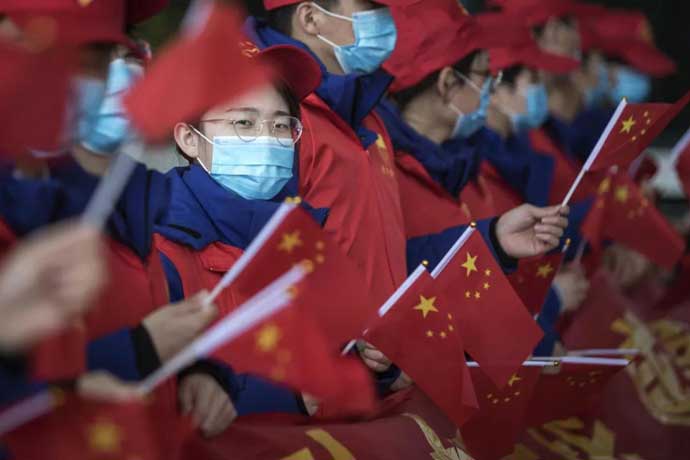 Amid the unprecedented challenge of COVID-19, clear differences have emerged between the Chinese and American responses. The ideological debate that followed was perhaps inevitable. The harsh reality of the pandemic has given rise to political competition with characteristics not seen before, sounding the alarm for future bilateral relations.

For any deep analysis of the ideological aspects of the China-U.S. rivalry to be complete, two questions need to be answered: What political interests do the ideologies serve, and in what forms are they presented?

Ideological competition between China and the U.S. in recent years comes in three basic models:

During the Cold War in the 20th century, and particularly afterward, the U.S. sought to establish and consolidate its leadership role in the international community in the name of freedom and democracy — so much so that U.S. hegemony was also often referred to as “hegemonic liberalism.”

The U.S. also repeatedly provoked China using freedom and democracy as a pretext. Yet as soon as that ideological cover is removed, internal contradictions immediately reveal themselves. Which serves U.S. interests better, a free and democratic China, or an authoritarian China that identifies with U.S. leadership?

What has caused the frequent conflicts between the two countries? Is it that China’s development doesn’t conform with the values of freedom and democracy, or that China’s growing strength is a threat to U.S. hegemony?

The economic nationalism of the U.S. since Donald Trump assumed office is related to the hegemony promoted by the Obama administration and the current leading presidential candidate of the Democratic Party, Joe Biden. But it’s also conspicuously different: The concept of U.S. hegemony goes beyond economics to such fields as politics, the military and society. In other words, the U.S. position as hegemon doesn’t necessarily bring it any economic benefits. Sometimes, in fact, it must sacrifice economic benefits for political or military ones.

The Trump administration, however, has focused on U.S. economic interests, putting the pursuit of hegemonistic benefits in a secondary position. This is a natural outcome of the decline in U.S. strength. While Biden’s policy proposals reflect fading U.S. hegemonistic attitudes, Trump is showing Americans the status quo of U.S. power.

When U.S. power interests change, so does the ideological cover, the most typical being the liberal ideology having come to an end and the U.S. coming up with the notion of fair trade. From the U.S. perspective, upholding the banner of freedom and democracy no longer matters. Under this view, whether or not other countries are free and democratic, or whether others deem the U.S. to be so, matters less than the economic benefits the U.S. deserves, including a favorable balance of trade and jobs. China has stolen American jobs, the thinking goes, so we oppose China. This is the logical extension of China-U.S. competition from the perspective of U.S. economic nationalism.

In the China-U.S. ideological competition during the pandemic, what the U.S. seeks is not all about U.S. leadership in the international community nor U.S. economic benefits but rather coping with its identity crisis.

In the early days of the outbreak, the Trump administration tried everything possible to downplay the severity of the situation — attempting to secure the economy and votes in a presidential election year. In this view, Trump won’t necessarily lose if he fails to bring the pandemic under control; but if he fails to save the U.S. economy, his fate is sealed. As the situation worsened, Trump had to rise and respond, only to find more problems revealing themselves — hundreds of thousands of confirmed cases of infections awaiting treatment, medical equipment in short supply, the fatal consequences of the hollowing out U.S. industries. Exploding unemployment exposed the wide wealth gap in U.S. society. (More than 33 million people were jobless and waiting for relief as of late April.) Federal and state governments wrangled and blamed each other over the pandemic response, exposing public discontent with the efficacy and legitimacy of the government, as well as the internal strife in society.

Worse, the U.S. has displayed an institutional helplessness in the face of such fundamental problems. With its democratic society, the U.S. is unable to prevent financial capitalism from swelling, or to take dramatic action against vested interests to formulate a model under which finance and industry mutually optimize and complement one another. Under the pressure of aggregated economic inequality brought by globalization, and the army of unemployed people already displaced by new technologies, the U.S. government faces severe structural constraints under the present model of state-market and state-society interactions.

Obviously, as an economy develops and new problems emerge, all social systems need certain reforms. The pandemic has added urgency, but American politicians appear not to have found the answers. Biden’s proposals have been criticized as “new wine in old bottles,” and a kind of “tinkering”; Trump is regarded by Henry Kissinger as marking the end of an old era. As to the orientation of a new era, however, the Trump administration has yet to offer any answers or insights.

The pandemic has profoundly shaken the U.S. sense of superiority in values, culture and systems since the Enlightenment, and by extension the entire West. From the depth of their hearts, Americans confront the reality that the beacon of freedom has to learn from the authoritarian government of communist China in some respects.

U.S. self-identification has been shaken under these circumstances. The White House’s China-bashing is more about a fight for self-identification than about exonerating the Trump administration. Not blaming China means indirectly acknowledging U.S. shortcomings, which could be explosive in U.S. partisan politics.

Obviously the ideology of nationalist identification under the pandemic has greatly roughened the political landscape for China and the U.S. The space for the two sides to compromise and collaborate has narrowed extremely rapidly. China, if it doesn’t respond to U.S. nationalist challenges, will face soaring nationalist pressures at home. Responding, however, will only escalate a lose-lose war, and the entire international community will suffer as a result.

Looking into the future, the path for China-U.S. cooperation will become more tortuous owing to the nationalist ideological struggle triggered by the coronavirus.