What did Bo’s Trial Tell us about China?

Following an economic crisis that began in 2008, the world is now passing through a political crisis that is just as profound as the economic one. The Arab Spring is on one knee in Egypt and elsewhere, gasping for breath; the Germany-led European “Union” is walking a tightrope, bedeviled by an inability to decide how united it really wants to be; and revelations of a massive espionage operation by the US government directed at its own domestic population as well as foreign governments, the United Nations, the European Union and the G-20 has prompted former president Jimmy Carter to say 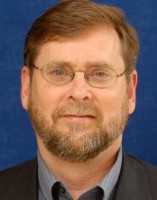 Might China, of all places, provide a bright light in the chiaroscuro of this darkening storm?  According to Chenyang Li, professor at Nanyang Technological University in Singapore, and Daniel Bell, professor at Tsinghua University in Beijing, perhaps. The academic pair co-edited a newly published book called The East Asian Challenge for Democracy, about the merits of Confucian-style meritocracy which, Bell has written, “reminds us that there are political alternatives to electoral democracy.”

And yet the recent trial of high-profile Chinese leader Bo Xilai has not been the best advertisement for Chinese meritocracy or governance.

In fact, Bo’s trial has displayed the perilous state of the rule of law, transparency and balance of power in China. The trial came across like a bizarre cross between a soap opera and reality TV. Comparisons to the impeachment of U.S. president Bill Clinton, or the trial of celebrity athlete OJ Simpson, are perhaps appropriate, though with a spotlight on the worst aspects of the American system of justice – a circus of sensationalism and titillation resulting from the combination of sex, power and celebrity – and not enough showcasing of the best aspects, namely due process, fairness, and impartial, evidence-based verdicts.

The defendant, Bo Xilai, the once-powerful and high-ranking Communist Party official, was a member of the ruling elite. He portrayed the charges against him — bribe-taking and embezzlement (at least 27 million yuan, or $4.4 million), and obstructing the investigation of murder charges against his wife — as merely the misplaced passions of a love triangle and extramarital affairs gone sour. Many of the salacious and riveting “Romeo and Juliet” details involving Bo, his wife and his former police chief were served up by the government via a carefully censored online blog of the trial transcript, which was followed by an eager public of over a half a million people.

The degree of transparency permitted during this court proceeding was itself unusual. For the murder trial of Bo’s wife, Gu Kailai, she pleaded guilty in a proceeding that lasted a single day, and scant details were released. But Bo’s trial was allowed five days of high drama, with government-controlled news portals devoting top headlines to it. Some Sino watchers have remarked with hope about this new transparency under China’s relatively new leadership. Caixin, a Chinese media outlet, published a commentary by Xiao Han, a legal scholar, saying that officials deserved credit for steps toward openness. But this judicial openness is likely to be short-lived. Chinese leaders had their own reasons for allowing it this once.

But few have commented on the fact that, while any steps toward transparency are welcome, that’s hardly the same as holding a real trial. By western standards, a genuinely fair and impartial trial has a presumption of innocence, as well as defense lawyers, cross-examination of witnesses, and often a jury of everyday citizens sitting in judgment. Also there is a “separation of powers” between the judges, the police and the politicians.

Yet Bo was not allowed to hire his own lawyer, and the courtroom was off limits to the foreign press. The police and senior government officials acted as judge and jury. Usually in Chinese trials there are no witnesses at all, only written statements or transcripts of previous question and answer sessions. The outcomes of trials of high officials in China are decided by the politicians and only carried out by the courts, instead of the other way around, as it is in Western-style democracies. This is how Chinese justice works.

So it was a given that Bo’s trial would be a staged performance on the part of all the actors, and in that regard it didn’t disappoint. According to the New York Times, after being threatened by Communist Party officials with severe repercussions if he strayed too far from the script, Bo avoided any mention of party politics. He also didn’t mention the machinations by other senior officials in which he and his former police chief Wang Lijun – now in prison for helping Gu Lailai cover up the murder of British businessman Neil Heywood –  were involved. “He’s avoided incriminating other leaders or accusing them of the same crimes, and we know he could do that,” said one former corruption investigator, according to the New York Times. “But he knows not to cross that line.”

Bo had been popular in the mega-city of Chongqing, indeed all across China, and so that made this situation all the more delicate for the Beijing leadership. As the Communist Party chief for the Chongqing region, Bo had led a massive crackdown on organized crime and corruption, had increased spending on welfare programs, all the while maintaining double-digit economic growth. But his populism had a dangerous, heavy-handed side, including an apparent reliance on torture to extract confessions in order to gain convictions, as well as leading a controversial campaign to revive Cultural Revolution-era, “red culture” socialist values. Supporters of Bo’s”Chongqing model” already were saying that his fall from grace was manipulated from on high; that Bo had lost out in a power struggle with more capitalist-leaning officials in Beijing, exposing divisions within the ruling party as well as Chinese society.

So the Chinese had to carefully orchestrate this trial in a way that would not either provoke a populist outcry in favor of Bo, or drag down other high-ranking Chinese officials. They allowed just enough publicity – and gave Bo just enough rope in court — to hang him. The court testimony painted Bo and his crooked family in a way that will likely cause his stock to fall among many Chinese citizens who are sickened by the widespread corruption in China. And many of the everyday people and pro-Maoist intellectuals who praised Bo for pushing his anticorruption campaign and egalitarian economic policies now will see him as just another shady hypocrite.

The trial probably benefits the still-new leaders President Xi Jinping and Premier Li Keqiang, who are directing a campaign – perhaps even a sincere one — to tackle widespread corruption among the countries governing elite. Many analysts within China and abroad see the unprecedented publicity around Bo’s trial as an attempt by the Communist Party to show that it’s serious about cracking down and reining in the lavish living arrangements of so many of the elite princelings like Bo. Bo also was a political rival of President Xi and his faction, and the end of Bo’s political career has additional consequences at the highest levels.

So a backroom deal in which Bo could be swiftly convicted and sent to jail, sparing him a death penalty and with no apparent repercussions for his son (who had been implicated along with his mother in some of the bribes), was in the interest of Bo and his family, as well as China’s leadership. “What we can see are only the surface, which is the performance,” Teng Biao, a prominent human rights lawyer in Beijing, told the Guardian. “We can’t see the political negotiations happening behind the scenes.”

Beijing officials usually show an impressive level of tolerance for corruption and immorality of all stripes, and Bo and his wife’s level of corruption was fairly puny by Chinese standards. But things under Bo’s watch had gotten too bizarre to ignore, including murder, possible torture, and police chief Wang finally fleeing to the nearest US consulate for safety from Bo, much to the embarrassment of Beijing. One can’t help but wonder what Bo’s former comrades and fellow princelings will learn from this episode: will it be that they should mend their ways and reduce their own corrupt practices? Or that they must figure out how to be better at it, so they don’t get caught?

Such is the nebulous nature of justice, China-style. It has been perversely entertaining to watch, and it did give us yet another glimpse through the dark, tinted glass into the leadership compounds and private chambers of socialism’s version of immense entitlement, wealth and privilege. It is perhaps somewhat reassuring that, to one degree or another, Bo, Gu and Wang will receive punishment. China is not a military dictatorship like North Korea, where there is no accountability for the ruling families, and that’s a comfort for those who realize that the whole world has a vested interest in China not becoming a failed state.

But the trial was not the greatest advertisement for the wonders of Chinese-style governance and “meritocracy.” Transparency, accountability, rule of law and balance of power still elude China because its political and judicial systems have not yet found the right mix of institutions and practices – whether meritocratic, democratic or some hybrid – capable of providing that kind of legitimacy.

Steven Hill is a political writer whose more recent books are “Europe’s Promise: Why the European Way is the Best Hope in an Insecure Age”  and “10 Steps to Repair American Democracy: 2012 Election Edition”

Anti-Corruption Bo Xilai Political Reform
printTweet
You might also like
Back to Top
CHINA US Focus 2023 China-United States Exchange Foundation. All rights reserved.