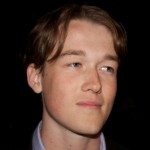 Ben Reynolds is a writer and foreign policy analyst based in New York. His commentary has appeared in a number of forums, including The Diplomat, Russia Today, and AAJ.
< 12345 >   Total 43 (10 / Page)
Back to Top
CHINA US Focus 2021 China-United States Exchange Foundation. All rights reserved.