Beijing’s New Proposition: A Power Grid to Unite the World 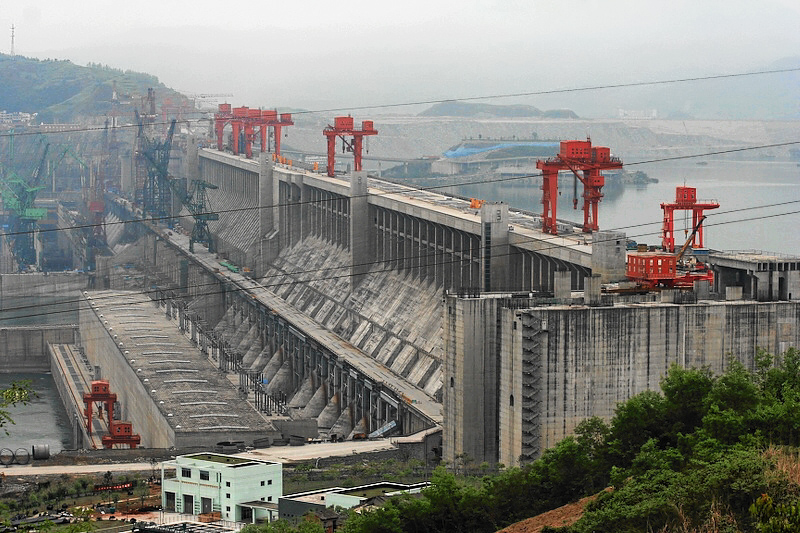 Eye-popping energy projects are nothing new for China. The country responsible for the Three Gorges Dam and the Jinan solar expressway has also been one of the most ambitious drivers of renewable energy projects around the world. Last year alone, China poured over $40 billion into clean energy development globally.

With the United States suddenly cutting funding for international development projects, China faces a clear, if unexpected, path to uncontested leadership in energy investment. Looking far beyond the already-ambitious goals laid out in the One Belt One Road initiative, Beijing has now announced another: financing a global power grid.

The plan, which might have sounded like a moonshot even a few years ago, is now being discussed openly by China’s leaders. Even with a $50 trillion price tag and a raft of unanswered geopolitical questions, several industry leaders in China claim they see a real opportunity to entirely change the way the world consumes energy.

The backbone of the plan is ultra-high-voltage transmission (UHV) – a technology pioneered at home by the State Grid Corporation of China (SGCC). The state-owned electric utility company holds a monopoly in China, and is also the largest in the world, with nearly one million employees.

The reason UHV has been used so widely in China (and very minimally anywhere else) stems from geography. Since many of China’s coal deposits, hydroelectric dams and wind farms lie deep within the country’s interior, yet most of the country’s energy demand is along the coast, power in China must flow across great distances. And where traditional high voltage lines tend to bleed a significant amount of power, UHV lines are far more efficient across vast ranges.

The technology has been so effective at stitching together China’s interior, with its highly variable terrain, that it is now being reimagined as a means of bringing together different regions of the world into a global power-sharing system.

The notion has obvious appeal. Firstly, it could help mitigate the effects of climate change by incentivizing the construction of many new renewable energy projects. Speaking at Harvard in April, Liu Zhenya, the former SGCC president, envisioned a world in which sprawling solar farms in uninhabitable parts of the Sahara Desert alone could meet global energy needs. But even a patchwork of new nuclear plants, wind farms, and dams in strategic points around the world could provide power across borders to countries that still rely heavily on fossil fuels.

The idea may sound unlikely on its face, but some analysts see such an approach as inevitable, especially as climate change forces countries to approach energy in a more unified, globally-minded way. For example, the European Union has already discussed the development of a unified European power grid. Such a network would allow the transmission of power from offshore wind farms in Britain and solar plants in the Mediterranean to poorer inland countries like Slovakia.

But having the SGCC lead the charge in building a grid that could conceivably connect parts of Asia, Eastern Europe and Africa in a matter of decades hasn’t been met with universal approval.

Even in China, there has been some political concern about the vulnerability of UHV networks to blackouts. Since the failure of even one transmission center can lead to loss of power across giant regions, the SGCC has dialed back its earlier talk of making UHV the backbone of China’s national grid. On a global level, any number of breakdowns or other issues could hypothetically cause blackouts affecting entire countries, particularly smaller ones.

This concern is compounded by the challenges of protecting the entire grid against attack or vandalism in unstable parts of the world. To reach its full potential, such a grid would likely need to cut through a number of areas where state control is tenuous. And even in the most stable states, a sophisticated cyber attack or well-planned act of terrorism could knock out power to a substantial corner of the world.

The biggest concern of all, however, may be the leverage this would give China over smaller, poorer countries across Asia and Eastern Europe. Even now, the investments China has made in developing countries like Sri Lanka and Pakistan are drawing concern over the heavy debt burdens they cause, and the sometimes-marginal benefits they bring. For example, the Hambantota Port in Sri Lanka is among the developments some see as giving China favorable terms in the loan and a number of strategic benefits, with less tangible benefits for Sri Lanka. Some fear that the massive, multi-trillion investments that would be needed to bring a global power grid to completion would be another way for China to increase its leverage. And even the specter of Beijing shutting down electric power in the event of a political spat may also be enough to make some countries think twice.

That China would even propose such a plan speaks volumes about how China and the U.S. have evolved in their respective visions for world leadership, however. It’s been two decades since China first imagined itself as a global player in the “Going Out” policy articulated by Jiang Zemin in 1996. Since then, Beijing has left its mark with investments around the world, and rebranded China as a leader in engineering and technology abroad. But a goal as lofty as a multi-continental power grid to unite far flung parts of the world proves that Beijing today sees the future as utterly wide open.

Belt and Road
printTweet
You might also like
Back to Top
CHINA US Focus 2021 China-United States Exchange Foundation. All rights reserved.