China and the U.S. Must Cooperate to Control Gene-Editing Risks 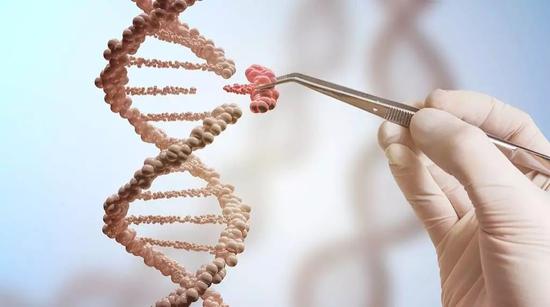 Despite numerous controversies, genetic engineering has become a hotspot in the biotech industry. At the end of February 2019, biotechnology company Crispr Therapeutics announced that it had used gene editing for human treatment. This was the first clinical test using gene editing approved by the US and the European Union, and was a milestone in the use of this technology for disease treatment. With this technology gradually maturing, its accompanying problems and controversies will also expand. This scientific frontier will undoubtedly create a serious issue for China and the US.

Last year’s scandal over the editing of human embryos has given the technology global notoriety. He Jiankui, a Chinese biologist educated in the US, conducted genetic editing on two babies without legal permission. This illegal test has aroused widespread concern in the international community and fierce criticism from the biological community. The Chinese supervisory department conducted an in-depth investigation of the incident, punishing He Jiankui and the personnel and institutions involved by the law.

There is widespread concern that the scandal will open a new Pandora's Box, breaking the psychological taboos of the biology community. In fact, due to the rapid development of this technology in recent years, it is very likely that attempts to control it will fail. The theory and experimental methods of gene editing have been widely disseminated throughout the world via academic journals; meanwhile, the relevant equipment and materials have not been tightly restricted, thus lowering the threshold necessary to achieve gene editing. In the future, more biologists will conduct similar tests—but with proper training and guidance.

As with all cutting-edge technologies, the potential benefits and risks of gene editing are equally enormous. Scientists predict that gene editing can be used to treat diseases resistant to conventional treatments such as genetic defects and cancer. The technology can also increase the lifespan and health of animals and plants, improving agricultural production efficiency.

But observers are also concerned that gene editing may be misused to create “superhumans”—altering human genes to achieve intellectual enhancement, immunity, or longevity. These may seem like beautiful dreams, but there are huge risks and uncertainties. Most attempts will be counterproductive and bring irreversible harm to the subjects.

Gene editing can also serve as a bio-hacking tool to create new infectious diseases and biological weapons, driving the rise of the biotech black market. Both terrorist organizations and criminal gangs can purchase hugely devastating products or technologies on this “bio-black” market, posing enormous risks to society.

Based on these concerns, the international scientific community has been very cautious about gene editing. On the 14th of March, 18 scientists from seven countries jointly wrote a public appeal in Nature magazine, calling for a ban on editing heritable genes. The Chinese Ministry of Science and Technology reiterated China’s ban on gene editing of human embryos, and the Chinese Ministry of Health issued draft regulations restricting the use of this technology on humans.

At present, about 30 countries have enacted relevant legislation and restrictions, but many countries have not. There are also many differences in the legal systems of various countries, as well as a risk of regulatory arbitrage.

Managing the risk of gene editing is a new challenge for both China and the US. Unlike previous instances of cooperation among the international community on issues such as nuclear nonproliferation, climate change, transnational drug trafficking, and cybercrime, gene editing is still a developing technology—the mature form of the technology has not yet been established. In today's world, no country will easily give up such cutting-edge technology—each will hope to put their own country at the forefront of the world, creating a comparative advantage.

These factors, along with the difficulty of forming a high degree of mutual trust between governments, make the control of gene editing unappealing. Therefore, managing the technology requires a new approach. China and the United States should take the lead.

First, international standards and rules governing gene editing should be set by the scientific community and international institutions. In the past, guidelines for cutting-edge technology were primarily created by scientists to ensure the professionalism of relevant rules and standards. However, scientists often overlook political and social risks, and cannot fully understand the impact of certain technologies on some countries. International organizations such as the United Nations and the World Health Organization can more broadly represent the interests and concerns of all countries and make up for the gaps left by the scientific community.

Second, major powers should sign international agreements on the matter, and take the lead in prohibiting gene editing. The US, China, the European Union, Russia, Japan, and other big powers possess the largest biotech markets, and are the most promising countries to realize the industrialization of this technology in the future. These nations should be the first to sign any treaty, establishing restrictions across much of the globe. Such a move would demonstrate the seriousness of this issue to the world, thus effectively reducing the ethical risks.

Third, the global bioscience community should strengthen its bonds of communication and interaction, and support scientists in self-monitoring the use of gene editing. In the He Jiankui case, the global scientific community, including China and the US, took the lead in sternly condemning Mr. He, clearly indicating that similar experiments cannot be tolerated.

This strict attitude puts invisible pressure on every biologist and forms a moral constraint mechanism. In contrast, if the bonds tying the global scientific community together fray, and if some “island” of unrestricted scientific research forms, the danger grows: some unscrupulous researchers might take the risk and engage in illegal experiments.

Information TechnologyU.S.-China RivalryTechnology
printTweet
You might also like
Back to Top
CHINA US Focus 2021 China-United States Exchange Foundation. All rights reserved.