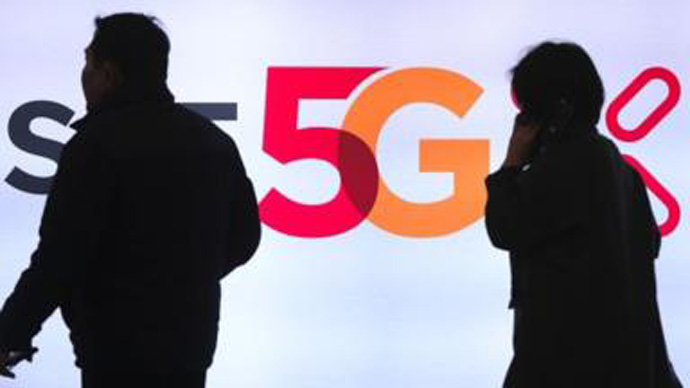 The emergence of 5G is not just an important inflection point in technological progress. It is also becoming an important driver in undoing globalization.

The China-U.S. trade war’s influence on international relations is not as significant as it appears. What truly has significant and lasting impact is the China-U.S. conflict surrounding such advanced technologies as 5G. Whereas the trade war is about the distribution of interest between countries, conflicts over high-technology may boil down to whether countries should maintain economic ties at all.

Facing 5G challenges, many Americans advocate decoupling from China economically. The logic is that the 5G era is likely to be about the internet of things and extreme speed. One worry is that the internet of things — a network of devices such as microwave ovens, washing machines, refrigerators and even lamps — could include chips capable of collecting information and carrying out cyberattacks. Extreme speed means information transmission will be much faster than in the 3G and 4G eras, which makes it considerably more difficult, even impossible, to prevent information theft and cyberattacks. To ensure security under such circumstances, a country may have to decouple from its competitors economically.

In a September speech in Beijing, American writer Thomas Friedman pointed out that with technology’s tentacles reaching deeper, all the way to our desks and bedrooms, countries need a certain degree of trust to maintain economic and trade relations. Otherwise, economic decoupling will be the inevitable outcome. According to this logic, since sufficient trust is lacking between China and the U.S., economic decoupling will be required.

This is based, in part, on the idea that some countries, including the U.S. and Australia, are prohibiting the use of Huawei products in the name of safeguarding national security. It is also based on the idea that the U.S. is sparing no effort to sensationalize the threat of Chinese 5G and is pressing related countries to avoid using Chinese 5G products. Thanks to proactive U.S. government interference, the previous trend of bilateral trade ties growing closer because of high-tech progress has been obstructed, even reversed.

But the idea that economic decoupling is needed because of security risks brought by high-tech is problematic. If such an assumption holds water, it would be impossible to explain the current level of economic and trade ties between countries, because engaging in trade means that reliance on other countries is a risk that needs to be eliminated from a security perspective. However, to most countries in the world, the benefits of trade far outweigh the risk of reliance on other parties, and they won’t forsake trade ties because of such risks. That is why, until very recently, international trade and investment have been growing. And growing trade not only brings countries substantial benefits but also constantly raises the thresholds and costs of military conflicts and confrontation. As a result, national security has been improved, rather than reduced, because of such reliance.

Then why has this round of high-tech breakthroughs, including 5G, brought such great trouble to China-U.S. relations? This is inexplicable from a security perspective. Through careful scrutiny, we may find the following factors at work:

First, psychologically, people have difficulty adapting to new technologies. Through extensive observations and experiments, psychologists have found that people often suffer from neophobic worries and fears when they see new things, as well as technophobic worries and fears when they see new technology. Facing major technological breakthroughs, people tend to exaggerate the potential risks and thus worry, even fear, because they are not sure about the potential impacts.

Historically, whenever new technologies have emerged, there were people worrying and even boycotting them. From the printing press, the telephone, television, computers, cellphones and nuclear weapons to the internet and artificial intelligence, many people have concerns about such things doing damage to human intelligence, capabilities and social skills. As 5G emerges, people naturally worry about its potential security risks.

Second, rapid changes in the relative strength of China and the U.S. have increased American concerns that China may surpass it in the research and development of new technologies. China is a big country, and its economy has seen continuous high growth since it adopted its policy of reform and opening-up in 1979. Since it joined the WTO in 2001, China’s economy has grown even more vigorously and has become an important engine of world economic growth. As a result, China has managed to narrow the gap with the U.S. economy. More recently, China’s unexpected progress in the R&D of 5G and artificial intelligence has challenged the U.S. high-tech monopoly. Against such a backdrop, Americans, who have been accustomed to the U.S. staying far ahead of other nations, have become more alert and worried.

Third, the differences between China and the U.S. in their political systems have been widening in recent years, giving Americans more reasons to worry, and even fear. For some people in both countries, the differing systems have made China-U.S. conflict not only a matter of interest and power but also one of values and way of life. If the former involves distribution of interests and influence, the latter is about choice between this or that identity or way. Whereas there is room for compromise when it comes to distribution of interests and influence, there is no such room when it comes to choice of identity and values.

Last, for political reasons or other interests, some people inside the U.S. government take the view that China-U.S. conflict is inevitable. Therefore, they have tried to channel people’s concerns about new technologies, China’s rise and differences in the two countries’ systems in an effort to portray China as a security threat. Such efforts have led to a drastic turn from goodwill engagement to hostile competition in China-U.S. relations within a very short period of time.

It is hard to tell at this point what degree of security risk 5G may bring, but it is difficult to imagine that it will bring greater risks to national security than nuclear weapons did. Likewise, it is hard to imagine that it would be safer for countries to cut off economic ties than to maintain and enhance them — even countries whose ideologies and political systems are in competition.

Conversely, we can imagine the security risks involved in the possible breakdown of state-to-state economic and trade ties because of 5G — putting an end to the process of globalization, which has been unfolding for centuries, and returning to a primitive state. This would not only deal a heavy blow to human well-being, but also bring a dramatic decrease in benefits from cooperation between states and lowering the threshold for military conflict. In the age of weapons of mass destruction, it could bring unprecedented threats to the survival of humanity.

History has shown that as people get more familiar with and adapt to new technologies, they can always find ways to enjoy the benefits brought by the technologies on the basis of tolerating a certain degree of risk. In history, countries have learned to accept the risk of economic dependence in trade, and the risks inherent in some countries’ possession of nuclear weapons, for economic benefits and national survival. This time, too, they will learn to benefit from 5G by accepting some of the risks it carries.

To overcome the psychological problem and make sure China and the U.S. don’t fall into unnecessary panic and suffer pointless damage, the two countries need to strengthen communication and dialogue. They need to learn about and appreciate both the benefits and risks brought by 5G, as well as each other’s concerns. And they need to take the lead in developing rules and norms on that basis, to maximize control over the potential risks of 5G and other high technologies, so as to enjoy the benefits they bring.

China and the U.S. both have global influence, and both are beneficiaries of the existing world order. Their peaceful coexistence and win-win cooperation are desired by the people of both countries. That is also where the fundamental interests of people around the world lie. In the case of 5G, both countries should rise above their ideologies and political systems, take the lead in facilitating dialogue and cooperation in the international community and cope with the challenges of 5G in a rational and pragmatic way.