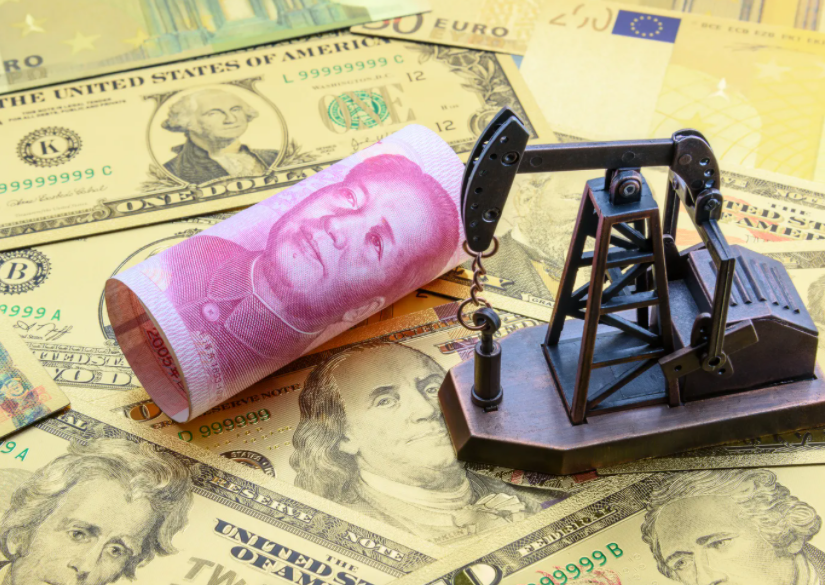 With the outbreak of war between Russia and Ukraine, the rapid rise of oil prices and the exclusion of Russia from the U.S. dollar-dominated SWIFT system, a “de-dollarization” trend seems to be occurring again in oil trading. It poses a challenge to the dollar hegemony around the world.

The Wall Street Journal reported on March 15 that Saudi Arabia is considering pricing its oil deals with China in Chinese yuan rather than in U.S. dollars. I believe this shift by the world’s largest crude oil exporter toward Asia once again will weaken the dollar’s dominant position in the global oil market.

Will the China-Saudi oil deal accelerate the de-dollarization process? What is driving this important change of direction?

First, the Saudi decision reflects its dissatisfaction with U.S. policy in the Middle East. It is interesting to note that Saudi media were not the first to reveal the momentous decision; a U.S. mainstream media outlet was. If the report is true instead of disinformation, it does reflect an important change and development trend in international oil trading.

On one hand, the disclosure by a U.S. media outlet and subsequent analysis seem to reveal a sense of crisis and helplessness on the part of the U.S. with regard to the dollar hegemony. On the other, Saudi Arabia has been tight-lipped to avoid irritating the U.S., as Saudi wants to maintain the warmth of diplomatic relations.

Indeed, talks between Saudi Arabia and China over an oil contract to be priced in yuan started as early as 2016. The six-year negotiation process accelerated significantly this year under U.S. President Joe Biden’s Middle East policy and the recent war between Russia and Ukraine. Biden’s withdrawal of firm support for Saudi Arabia in the Yemen war and the U.S. administration's pursuit of a return to a nuclear deal with Iran have distanced Saudi. This was also the direct reason that Saudi Arabia and the United Arab Emirates refused to pick up Biden’s calls after the outbreak of the war, as neither was willing to pay for the U.S. to suppress international oil prices.

Second, the use of Chinese currency in oil transactions between China and Saudi Arabia is bound to pose a challenge to the U.S. dollar hegemony. As the world’s largest exporter of crude oil, Saudi Arabia has been using dollars to settle its oil trade since an agreement was reached with the U.S. in the 1970s. The dollar has thus established its position as the world’s leading reserve currency.

Over the past decade, however, as the U.S. has become less dependent on oil from Saudi Arabia and other Middle Eastern countries, and as China increases its oil imports from the region, Saudi’s structure of international oil trade and foreign economic cooperation have undergone fundamental changes.

The U.S. imported 2 million barrels a day of Saudi crude around 1990; the figure fell to less than 500,000 barrels toward the end of last year. According to data released by the Chinese General Administration of Customs, China imported 542.39 million tons of crude oil in 2020, 7.3 percent more than in the previous year, making it the world’s largest oil importer, with Saudi Arabia remaining the country’s largest source of crude. China bought more than 25 percent of Saudi oil exports.

In addition to the energy sector, Saudi Arabia and China are increasingly working together in other economic areas, increasing connections between China’s Belt and Road Initiative and Saudi’s Vision 2030, as well as more bilateral cooperation on infrastructure, trade and investment. All of these have objectively expanded the space and potential for the use of Chinese yuan in trade settlement.

Western financial sanctions and the economic blockade of Russia related to the war with Ukraine have also pushed countries dependent on Russian energy (and having good relations with Russia) to de-dollarize trade in oil and other commodities. For example, India recently bought about 15 million barrels of oil from Russia in defiance of U.S. warnings and has been in talks with Russia to settle oil deals in its own currency. The prime minister of Belarus recently said that Russia and Belarus will forego energy supplies paid in dollars and are collaborating on a new oil supply pricing formula. Iraq decided to settle its oil transactions in Euros as early as 2003. Iran, under U.S. sanctions, has been committed to abandoning the dollar for oil settlements.

Finally, even though the dollar hegemony in international oil trade has been shaken, it will not collapse or end in the short term. Since the U.S. dollar was established as an international currency by the United Nations Monetary and Financial Conference in July 1944, its international dominance has been complementary to and co-existing with America’s status as the hegemon of the world. Eighty percent of the world’s oil trade is still settled in dollars. Even though Saudi may settle 25 percent of its oil exports (those to China) in yuan, the remaining 75 percent are settled in U.S. dollars.

Settling oil trade between China and Saudi Arabia in yuan nonetheless helps the internationalization of the Chinese currency.