Oil Prices, US, Multipolarity and Speculation

Recently, oil ministers from Saudi Arabia, Russia, Venezuela and Qatar announced an agreement to freeze their oil output levels if other major producers will follow suit. 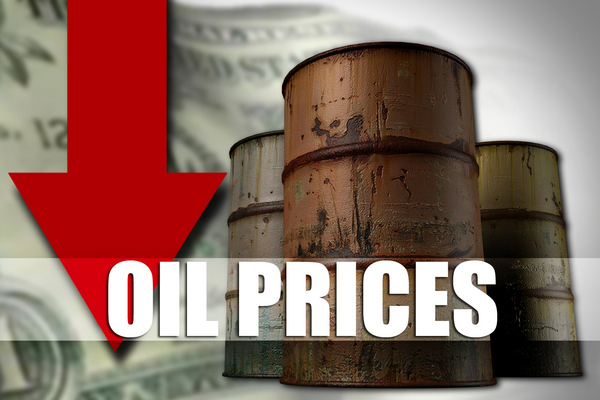 After Yalta, the ailing Roosevelt rushed to USS Quincy where he met Saudi Arabia’s King Ibn Saud who agreed to a secret deal. It required Washington to provide Saudi Arabia military security in exchange for secure access to supplies of oil.

The bilateral deal survived even the 1971 “Nixon Shock,” including the unilateral cancellation of the direct convertibility of the U.S. dollar to gold. To deter the marginalization of U.S. dollar in the oil trade, Nixon negotiated another deal, which ensured that Saudi Arabia would denominate all future oil sales in dollars, in exchange for U.S. arms and protection. Other OPEC countries agreed to similar deals. As a result, global demand for U.S. dollars – the so-called “petrodollars” – soared, even though the relative share of the U.S. in the world economy continued to decline.

However, Saudi Arabia’s old days of conservative caution may be history. Amid a contested succession, Riyadh is taking debt to sustain its current living standards and welfare policies, supporting polarizing OPEC policies and playing increasingly assertive role in the region, directly in the Yemen war and indirectly in Syria.

From OPEC to China and emerging economies

The Washington-Riyadh partnership was first shaken in October 1973 following the Yom Kippur War and the ensuing oil embargo by the Organization of the Petroleum Exporting Countries (OPEC). Following two oil crises and a global economic recession, three decades of rapid postwar growth in the West ended with a crash.

Saudi Arabia had pushed national production quotas to restrict output and boost prices. Since other OPEC nations did not comply, Riyadh slashed its production from 10 million barrels daily to a third. As that proved ineffective, it reversed the policy and flooded the market with cheap oil. By the mid-80s, oil prices declined by more than a half, but mainly after the development of major non-OPEC oil fields in Siberia, Alaska, North Sea and the Gulf of Mexico.

Even Sadam Hussein’s invasion of Kuwait, the attacks of September 11, 2001 and the U.S. invasion of Iraq in 2003 had fairly short-term impacts on oil prices, as long as Saudi Arabia and the rest of OPEC cooperated to ensure adequate oil supplies in the world markets.

When prices began to soar once again, they were no longer fueled by the U.S.-led advanced economies but China and large emerging economies. Additional fluctuations were attributed to post-Iraq War instability, insurgencies, U.S. occupation of Iraq, and financial bubbles in the West.

When the global crisis took off in fall 2008, prices boomed and burst. Crude Brent prices did return to almost $130 by early 2011, as a result of stimulus packages, recovery policies and non-traditional monetary policies in the ailing West. At the same time, China overtook the U.S. as the world’s biggest importer of oil.

That period came to an end in 2014, with lingering recovery in the U.S., secular stagnation in Europe and Japan, and China’s growth deceleration after industrialization. For more than a year, major oil exporters have debated production cuts, which have been resisted by Saudi Arabia.

The OPEC still accounts for about 40% of total output worldwide. Reportedly, more cheap oil could cause its revenue to almost halve to $550 billion.

In the West, plunging prices are sometimes attributed to Iran’s re-entry into the oil market. In reality, its sanctions were lifted months after the worst oil collapse and price stabilization at below $30. Moreover, it is Saudi production that dominates the world market.

Others claim that the collapse of oil stems from China’s deceleration. However, while China’s growth has slowed, its per capita incomes are increasing and oil imports continue to grow at close to 9% year-on-year.

Still others believe that the price plunge has more to do with geopolitics. Saudi Arabia does not want to give market share to U.S. shale producers but low prices are harming even more Iran (which Riyadh sees as its regional rival) and Russia (which is fighting the Syrian opposition and jihadists, which Riyadh supports). In fact, both Riyadh and Washington have geopolitical incentives to use low prices against Russia and Iran.

Still others argue that the oil market is subject to speculation and abrupt price movements are reminiscent of those in summer 2008. That’s when Goldman Sachs predicted that oil prices would exceed $200 by the year-end, even though they collapsed to $32 in December. Reportedly, the projection paid off handsomely to those that shorted the market with leveraged derivatives in oil futures.

Some two years ago, major oil producers (e.g., ExxonMobil, Chevron and Shell) began to let go of their shale leases some two years ago. Unlike big oil, shale is still dominated by expansive mid-size oil companies. As banks have predicted ultra-low prices at the $20 range, they have reportedly lent billions of dollars to shale players. Now, the more the prices decline, the more shale players will suffer defaults, which allow big banks to gain greater share of their ownership. Recently, the region has witnessed several potentially disruptive scenarios, including the Saudi Defense Minister’s decision to execute Shi’ite religious leader Sheikh Nimr al-Nirm; the escalation of the proxy war in Syria; and the fallout between Russia and Turkey, a NATO member; to mention a few.

In the U.S., Wall Street banks’ huge involvements with commodities, including oil and gas, as well as the associated moral hazards and market manipulation became public with the U.S. Senate Subcommittee bipartisan report of November 2014 in which Carl Levin and John McCain (Rep) concluded that “Wall Street banks have acquired staggeringly large positions and executed massive trades in oil, metal, and other physical commodities.”

As producers have scrambled to gain market share from competitors, prices remain more than 70% down from summer 2014. Even setting aside declines of foreign exchange reserves or oil exporters’ stock prices, this transfer could push back an estimated $3 trillion a year from oil producers to oil-importing nations.

Moreover, worse volatility may still be ahead. A while ago, Dr. Hossein Askari, former adviser to the Saudi Finance Ministry, noted that if a war breaks out between Iran and Saudi Arabia, “oil could overnight go to above $250, but decline back down to the $100 level. If they attack each other’s loading facilities, then we could see oil spike to over $500 and stay around there for some time depending on the extent of the damage.”

Perhaps the need for timely destabilization explains some abrupt fluctuations in the region. What is certain is that they are occurring at a historical moment when global growth prospects can least afford it.

Oil Price World Economy
printTweet
You might also like
Back to Top
CHINA US Focus 2018 China-United States Exchange Foundation. All rights reserved. Disclaimer