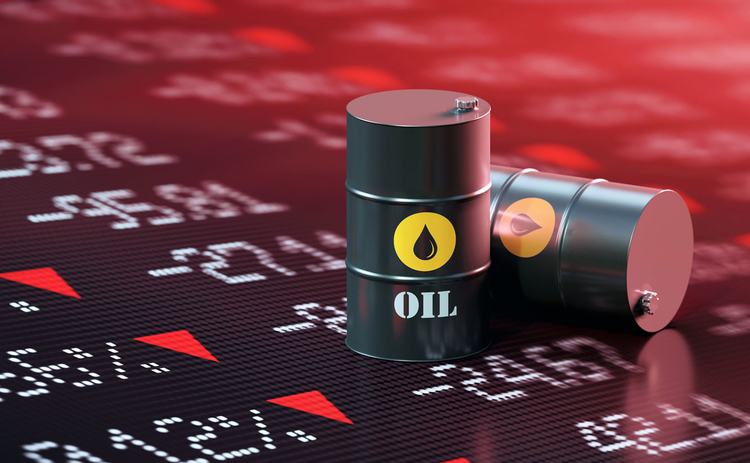 Over the past two years, the global energy market has experienced a series of major shocks, and the oil and gas industry has been in dire straits. Energy exporting countries, energy capital and oil and gas production enterprises are increasingly cautious about investment or expansion of production.

The grim situation was caused partly by demand fluctuations driven by the raging COVID-19 pandemic. In early 2020, outbreaks began sweeping the world. The global economy contracted by 4.4 percent, the biggest drop in nearly 50 years. Global primary energy consumption fell by 4.5 percent, the biggest drop since 1945. Energy prices hit rock bottom and even went negative. On April 22, 2020, NYMEX May light crude futures were traded at a record low of -$36.73 a barrel. Energy producing countries cut production sharply. In the same month, OPEC+ agreed to cut production by as much as 9.7 million barrels per day, the deepest cut ever agreed, for two months (May and June) before gradually ramping up production until the agreement expires in two years’ time.

The global economy began to recover at an accelerated rate in 2021, leading to surging energy demand and increases in the price of natural gas, coal and oil. An insufficient energy supply was the concern. Just when people were confident that the pandemic was nearly over, the omicron strain emerged, once again disrupting global economic recovery and the rhythm of energy markets.

The grim situation is also attributable to the accelerated global drive to reduce emissions. The year 2021 is pivotal in the global effort to combat climate change by implementing the Paris agreement. More than 100 countries have announced their nationally determined contributions, and more than 20 have announced their schedules to reach peak carbon emissions and achieve carbon neutrality.

To meet the net-zero emissions target of the Paris agreement, fossil energy must be phased out faster. In May last year, the IEA’s Net Zero by 2050 report made a stir in the industry with an aggressive energy transition road map. For the net-zero emission target to be achieved by 2050, and for the global temperature rise to be limited to 1.5 C, the report argues, investment in oil and gas resources must stop now. Sales of passenger cars with internal combustion engines must end by 2035 and all inefficient coal-fired power plants must be shut down before 2030, thus driving the share of fossil fuels in the energy mix from the current 80 percent to less than 20 percent by 2050. These actions and appeals have put increasing pressure on fossil energy companies.

Uncertainties remain as to when the pandemic will end as new variants may yet emerge and shake the world economy. Public opinion pressure on the fossil energy industry has not lessened but rather increased during the pandemic. Under such circumstances, it is difficult for both energy exporting countries and fossil energy capital and enterprises to make a judgment on the direction of the energy market in the near and medium term.

Expanding energy investment and production now is quite adventurous. That is why, despite soaring international energy prices, the OPEC meeting decided to maintain the existing production decision, rejecting the American and European request for increases. Sure enough, less than a month after the OPEC decision, the omicron strain emerged, driving oil prices down. Should it decide to increase production, OPEC would have suffered significant losses.

A major determinant of the oil and gas industry in the future will be the preference of capital. With the world economy in flux and global pressure for emissions reductions mounting, more large capital groups have openly bid farewell to the traditional fossil energy sector, and more market players have started to short fossil energy and turn toward renewables, leading to visible changes in capital allocation in the energy market.

Global asset manager BlackRock said it would no longer invest in fossil fuels and would withdraw from the thermal coal market. The European Investment Bank vowed to stop lending to all fossil energy projects, including for coal-fired and natural gas power generation, by the end of 2021. Some large multinational corporations have also stepped up their plans for a low-carbon industrial chain. Apple, for example, announced a plan to reduce net carbon emissions to zero and be carbon neutral by 2030 across all it businesses, production chains and product life cycles, which will impact numerous businesses both upstream and downstream.

The IEA estimates that global oil and gas investment will fall to $356 billion in 2021, down 26 percent from the pre-pandemic level. As fossil fuels lose the favor of the capital market at an accelerated rate, underinvestment is likely to be a major problem for the industry.

It was previously believed that global fossil energy consumption had not yet reached its peak and that with rich reserves, the advancement of exploration and new technologies, oil and gas production would continue to increase. But as things stand, the peak of global fossil fuel consumption is likely to come early.

Fossil fuel companies, bearing in mind their need to hedge potential losses, will be increasingly cautious about additional investments in this sector and even turn their eyes to other more lucrative industries. Some capital groups will accelerate their shift away from traditional fossil fuels and toward non-fossil energy, not just to hedge risks but to get a head start. In Q3 of last year, leading American oil and gas producers saw improving financial performance. However, instead of investing their profits in exploration or production, they turned to capital markets. This might be a sign.

Energy SecurityOil PriceOPEC
printTweet
You might also like
Back to Top
CHINA US Focus 2022 China-United States Exchange Foundation. All rights reserved.