The Myth of Predatory China 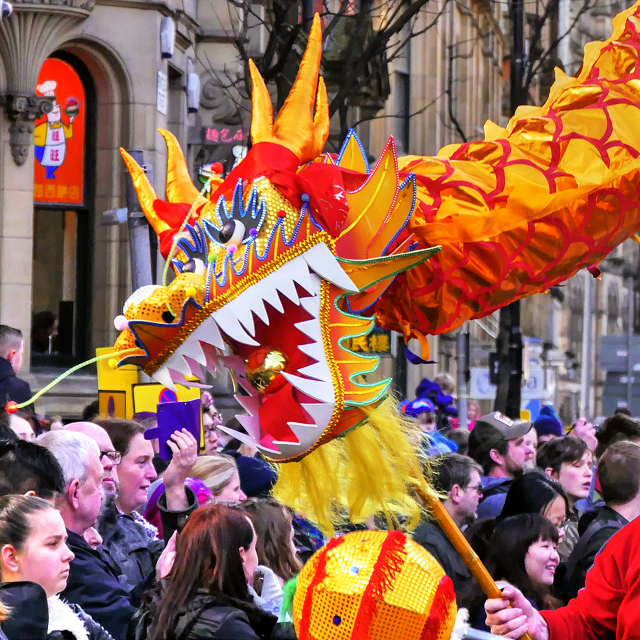 U.S. President Donald Trump continues to believe it is politically advantageous to push a trade war with China, so preparations for it are accelerating. Last Friday, Trump announced he would begin to impose tariffs on $50 billion worth of Chinese exports beginning July 6, as previously threatened. China immediately retaliated with a list of tariffs on $50 billion of U.S. products. Negotiations are unlikely to avert a trade war since the U.S. and China are so far apart in their basic conceptions of the problem and both have reason to believe they can prevail.

The U.S. and China are “talking past each other” in two broad ways, and therefore cannot agree. First, Trump personally believes that the core problem in U.S.-China relations can be measured by the massive trade deficit the U.S. has with China. Meanwhile, China argues that through history, bilateral trade does not balance, particularly between countries with such unequal savings rates. Second, there is a broad bipartisan U.S. consensus that the U.S. is a “market economy” playing by the rules of free trade, whereas China is a “non-market economy” competing unfairly because of massive government subsidies to industry. Conversely, China insists that it is upholding the rules of global multilateral trade as adjudicated and enforced by the World Trade Organization (WTO). It is the U.S., it argues, that is the big rule breaker now that Trump has resorted to unilateral tariffs outside the WTO framework. In both of these areas of disagreement, China has the better argument.

The U.S. trade deficit with China is indeed massive. China exported about $506 billion worth of goods to the U.S. in 2017 while importing only about $130 billion– a deficit of over $375 million. President Trump says the fault lies with China’s policies, while China says the problem lies with the U.S. The simple evidence that China is right includes the fact that other major trading nations do not have big trade deficits with China. If China were a predominantly predatory trader, most countries ought to suffer trade deficits, not just the U.S. Yet of the top eight largest exporting economies after China, only the U.S., France and Britain have deficits with China, and those of the latter two are relatively small since China is not one of their leading trading partners. Japan’s trade with China is roughly balanced, and all the rest — Germany, South Korea, Netherlands, and Italy — have trade surpluses with China. If China is broadly predatory in its trade practices, why is the U.S. the principal victim?

Chinese sources claim the trade deficit is mainly caused by the low U.S. savings rate combined with massive public and private borrowing, which attracts an influx of foreign capital to bridge the gap. Essentially, China and other countries with large trade surpluses are lending the U.S. money to buy their exports. If Americans saved more or borrowed less, or if the federal government were to balance its own budget, China’s trade surplus would decline. But the direction of U.S. policy, such as the explosion of borrowing caused by last fall’s massive tax cut to corporations and the rich, has made the problem worse. The Chinese are not the only ones to see the problem this way. This view is supported by many American economists, as it is consistent with fundamental macroeconomics.

Many American commentators across the political spectrum argue that China is the problem because excessive government intervention gives its industries an unfair advantage. A senior Trump administration official explained it this way: “We had two systems, which were supposed to converge after China joined the WTO in 2001 into two market economies. What we got was a much larger Chinese nonmarket economy that has become structurally different in ways that threaten U.S. economic prosperity and national security.” This is wrong in both directions: China has made rapid progress toward a more market-driven economy, while in the U.S. private monopoly power has increased. The U.S. is not the paragon of a free-market economy it presents itself as.

Contrary to popular belief, there are many ways in which China is friendlier to private business than the U.S. For instance, small businesses proliferate much more freely in China, while in the U.S. increasingly huge corporate behemoths drive out or swallow up the smaller players. Whereas China successfully competes abroad with numerous efficient firms selling cheaply, the leading sectors of the U.S. are increasingly driven by rent-seeking behavior that profits from high-priced products protected by “intellectual property rights” enforcement. This is simply a euphemism for patent, trademark and copyright protections that grant legal monopolies. U.S. software, internet, pharmaceutical, entertainment, and high-tech corporations absolutely depend on enforceable monopolies to defend their high prices. They employ relatively few ordinary workers but legions of highly-trained and highly-paid engineers, lawyers, designers, and managers to develop high-profit products and marketing strategies. The U.S. economy’s post-free-market, post-industrial rentism is competing with Chinese-style industrial capitalism. They are divergent systems, but not in the way typically portrayed.

I am not denying that the Chinese government does subsidize some industrial development, particularly by providing low-cost infrastructure and subsidizing research, but so does every major country. The U.S. pioneered many high-tech business lines not least through military-funded research, which developed the internet, GPS, and many other information technologies that have revolutionized 21st century business. The U.S. government continues to subsidize research directly and through its magnificent research universities. In a similar fashion, one of the most massive Chinese subsidies to business is its ballooning higher education system, which now enrolls more students than that of the U.S. While budget cutters in the U.S. are slashing government support for education and research, they demand that China follow a similar path. I would rather see the U.S. imitate China in this regard. The U.S. has made great gains in the past from subsidizing knowledge creation; it is short-sighted to abandon this source of strength and unreasonable to demand others follow suit.

Another reason it is rather ridiculous to brand China a “non-market” economy is that an estimated 60% of its exports are by foreign corporations, including many U.S. corporations. These global players are not typically major recipients of Chinese government subsidies. Much of the rest of its exports are from privately-owned Chinese small and medium-sized enterprises that could not be called “non-market” by any reasonable observer. The most protected Chinese firms are not primarily exporters, but those considered vital to national security, including communications-related companies. China does not intend to open itself to the sort of foreign political interference that the U.S. and other countries have suffered recently from Russia.

China cannot and will not satisfy President Trump’s trade demands, especially since many of these are based on hypocrisy and myths. Furthermore, economic power in China is at least as decentralized as in the U.S. Many of Trump's sweeping demands are beyond the power of Beijing to fulfill. Rather than compromising, Trump this week threatened to expand tariffs vastly to tax nearly all imports from China in two additional increments of $200 billion each. He will not relent until domestic political pressure within the U.S. forces him to desist.

China-U.S. TradeTrade WarDonald Trump
printTweet
You might also like
Back to Top
CHINA US Focus 2022 China-United States Exchange Foundation. All rights reserved.