Who Are Behind Volatile Global Oil Prices?

The determination of the exact timing for the exit of quantitative easing by the United States Federal Reserve, and predicting the trends of global oil prices, a barometer of the world economy, are of great significance in understanding the capital flow in the global market. 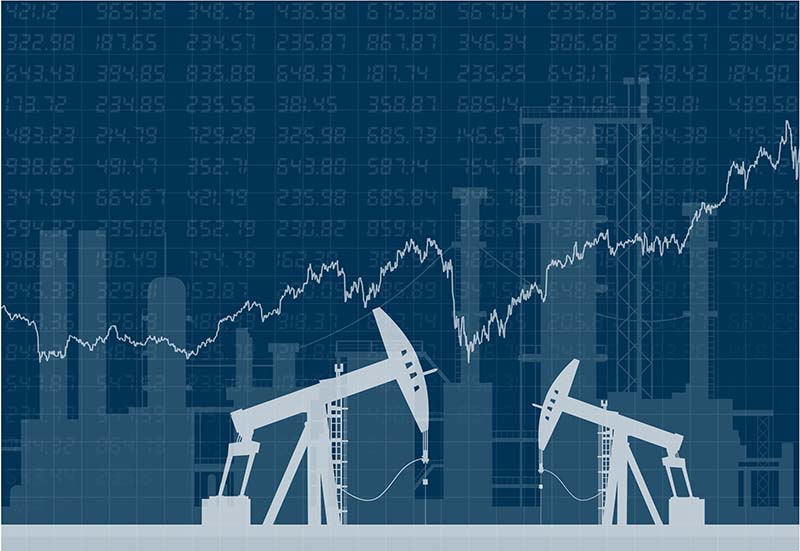 In today’s world, two factors — the recovery of consumption power of major countries and the strategy shift of the oil-producing countries — will have direct bearing on whether or not a steady recovery of the global economy could be achieved. They will also have an impact on capital flows on the international market — whether it can be transformed from a “market driven by hot money” into a “value-oriented market,” in which high returns are generated by high-growth opportunities through long-term and stable holdings of financial assets. During this process, oil-producing countries also need to effectively shift from a “bear-market strategy” (grabbing market shares through competitive price cuts) to a “bull-market strategy” (improving market conditions through jointly stabilizing the supply-demand relationship). Of course, if the market role in regulating prices in case of unbalanced supply-demand relationship could not be brought into full and effective play due to interventions from political and diplomatic strategies, uncertainty about the recovery of the global economy will rise accordingly, thus denting the willingness of companies to make new investments and of consumers to spend. This in return will compel the governments to intensify and prolong their fiscal and financial rescue measures. During the process, however, international capital flows will resort to short-term or highly-leveraged speculative hedge activities through cashing in on low-cost ample currency liquidity, and this would be a worrisome scenario. This would naturally lead to a bad outcome of “de-industrialization”, and such a tendency would be more serious in the emerging-market countries, where an innovative environment is still lacking.

The root cause for today’s twisted oil prices and growing global deflationary pressure lies in the fact that, after the outbreak of the global financial crisis in 2008, developed nations have failed to find effective methods to coordinate global policies, except monetary tools, to help promote recovery of the global economy. Consequently, countries separately resorted to their own and uncoordinated market rescue measures, even though the globalized pattern has already been formed. The result was: One country’s gain meant loss for others in terms of economic recovery. Furthermore, uncoordinated measures could also backfire. A country’s rescue measures may have caused more problems than solutions to its own financial market, including excessive liquidity, financial bubbles, dented healthy demand and high risks of impairing the simultaneous recovery of resources prices and the real economy. A malicious cycle was therefore formed. The excessively sluggish prices of resources not only seriously affected the recovering capabilities of the resource-rich countries and the resources industry itself, but also led to the rise of a business ecosystem among the downstream industries in which they resorted to cutthroat competition that ruined the pricing mechanism, thus leading to further declines in oil prices. Low-cost oil actually did not help create a favorable situation for the downstream manufacturing industry, on the contrary, however, low-cost oil meant that the industry was able to resort to even fiercer price competition. Ultimately, a phenomenon of serious overcapacity and industrial deflation was developed.

Second, amid a downward trend of the economy, the global oil market has become a buyer’s market. Output reduction by the OPEC countries could not reverse the declining price trends on the international market; on the contrary, due to the deterioration of the trading terms these countries chose, it could become a stumbling block hindering the possibility for any price and profit rebound. Therefore, the strategy adopted and led by Saudi Arabia, which aimed at grabbing market shares through price cuts, gradually prevailed in the market. Also, due to such factors as the lift of restrictions on domestic oil exploration and exports by the United States, Iranian producers’ re-entry into the global market and the completion of oil reserve plans by major oil-importing countries, the global oil supply has significantly outstripped the demand. Of course, the driving role of one more factor should also not be ruled out, that is, Western countries, led by the United States, attempted to apply a strategy of containing Russia through stifling any signs of recovery of global oil prices. However, it is not easy to gauge the appropriate degree for economic sanctions. If this strategy of diplomatic sanctions by Western nations was not appropriately applied, it would likely ruin the positive effect of their own fiscal and financial rescue policies they have vigorously implemented for the purpose of getting rid of deflation.

Third, the crude oil futures market, which has always been considered a tool to hedge against the weakening dollar, has become a barometer of the spot-market prices. Due to the joint effect of the above-mentioned short-selling factors, the current oil prices, compared with the prices of other financial assets, have been driven downward to an awkward “floor-price” range. Therefore, for speculative forces that seek to cash in on currency volatility, the best option is to keep their holdings of oil futures assets, which have little room for further decline. Once there are any signs of change in the monetary policies, they could immediately offload their oil futures holdings and start to seek new currency preys to gain benefits. At present, because the exit of QE measures is something imminent, fluctuations of the dollar against other currencies are becoming growingly volatile. Therefore, the role of oil futures as a tool to hedge against exchange rate risks is temporarily weakened, and on the contrary, temporary holdings of oil assets could help achieve the goals of guaranteeing gains through shielding speculative capital in the monetary market. Therefore, under the current circumstances, a rebound in oil prices does not have any stable, inherent link with the supply-demand relationship of the real economy, and rather, is subject to the impact from massive financial capital flows, or at least for a relatively long period to come, oil prices will continue to remain sluggish. Even if sporadic price surges happen during the period, the sharp rises won’t last long.

In short, one day when a sustainable rebound in the global oil prices begins to emerge, it will mean a fundamental change to a handful of persistent problems, such as the chaos in the geopolitical sphere, the price wars among the oil-producing countries, the sluggish investment and consumption in the world economy, the capital market’s negative judgment about the future business growth and the “liquidity trap” in the monetary policy. It could even mean that global oil prices, as a leading indicator to the full recovery of the world economy, foreshadow the imminent coming of a sunny spring.